WHO KILLED THE JACKPOT SCREEN GRABS

Not sure why there's a current interest in Honey West here, Woodsy is like a dog with a bone, but as I am a big Burke's Law fan and have all the episodes either on disc or downloads I  thought I'd do a few screen grabs from the back door pilot episode, 'Who Killed The Jackpot', which was shown on the UK's Talking Pictures TV recently, along with the full season of Honey West. 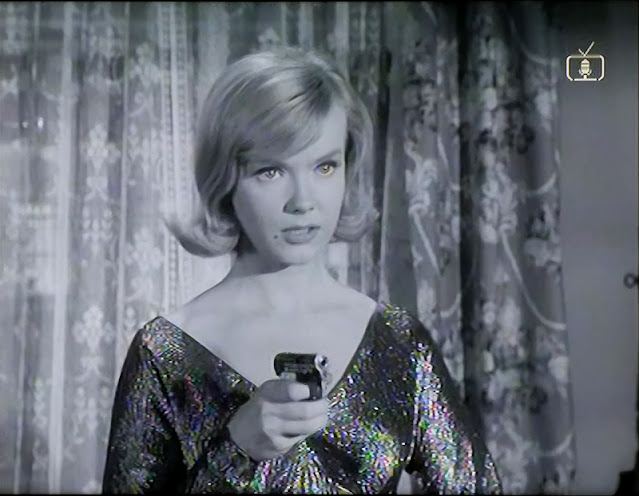 Obviously, its an introductory episode were, generally speaking Honey and Amos Burke take it in turns to try and outsmart each other. 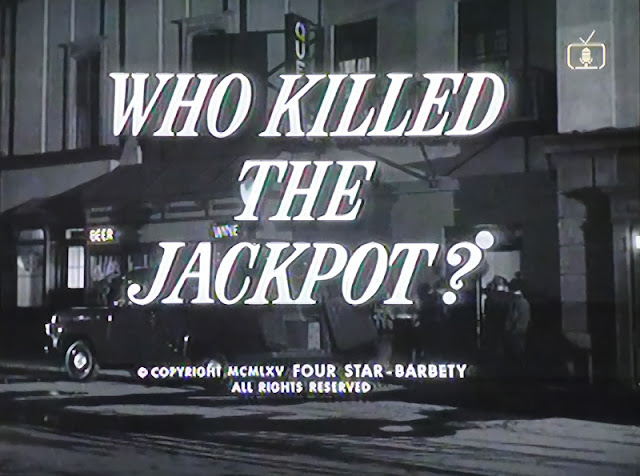 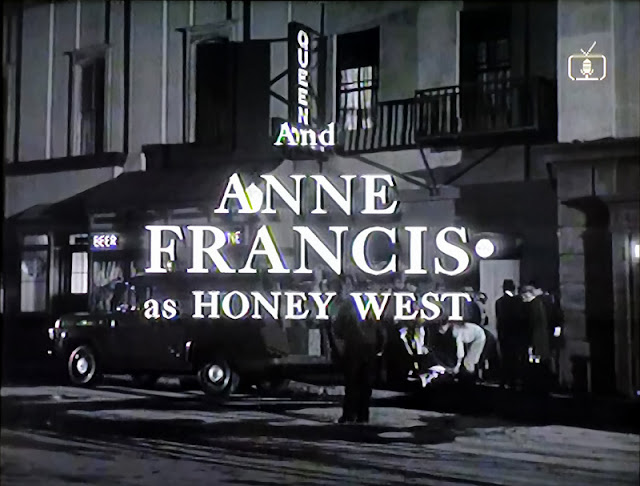 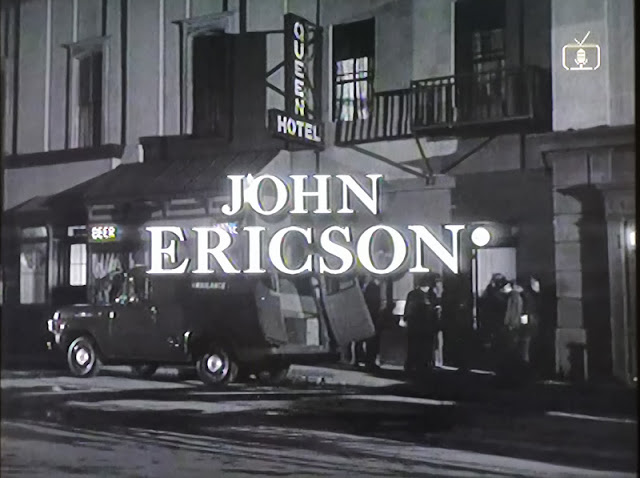 The episode also features Steve Forrest, who was soon to become ITC's, The Baron. 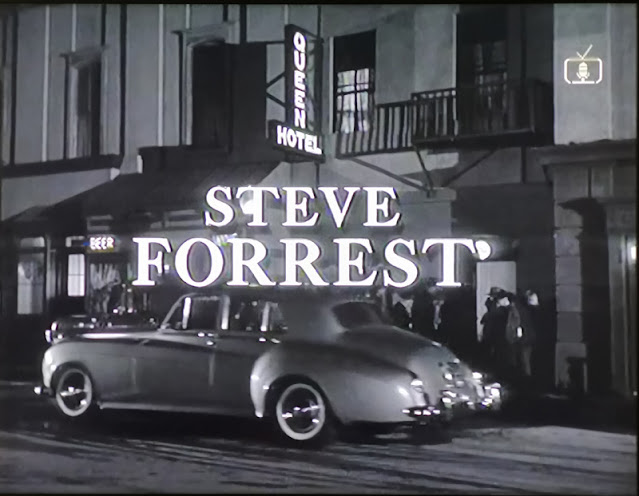 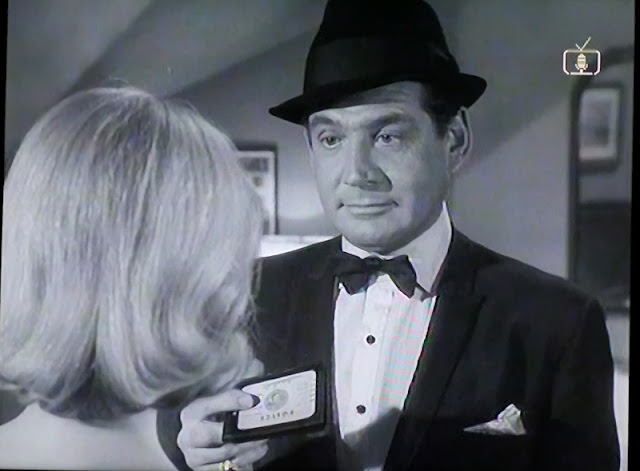 This gets Honey a ride home in Amos Burke's Rolls Royce, and some advice about leaving the murder inquiry to Homicide. 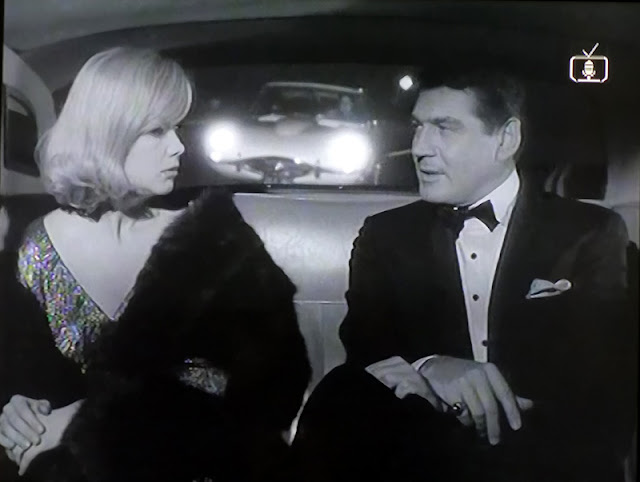 Note Sam Bolt following in the E-Type Jaguar behind. 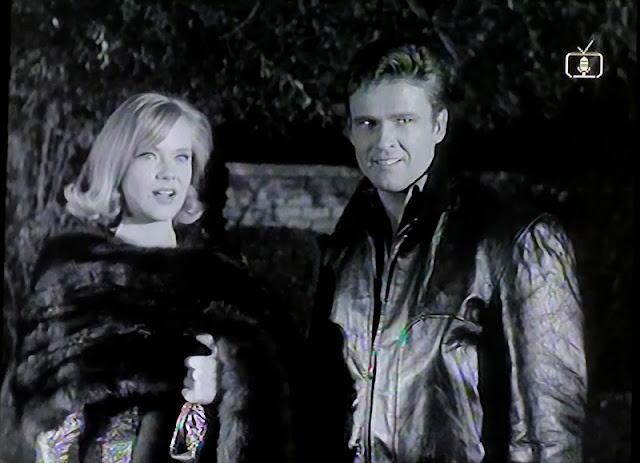 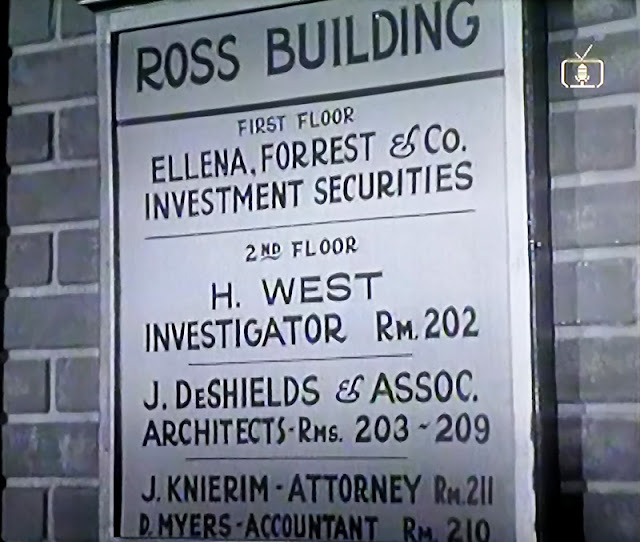 Their cards are marked by the Captain, then it's back to the office. 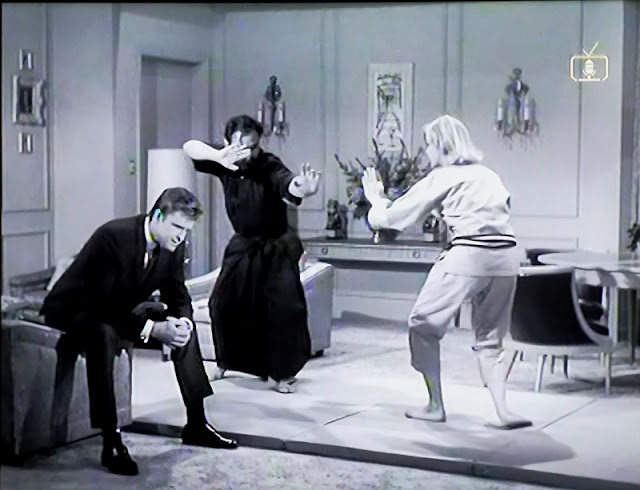 Time for some Judo practice. 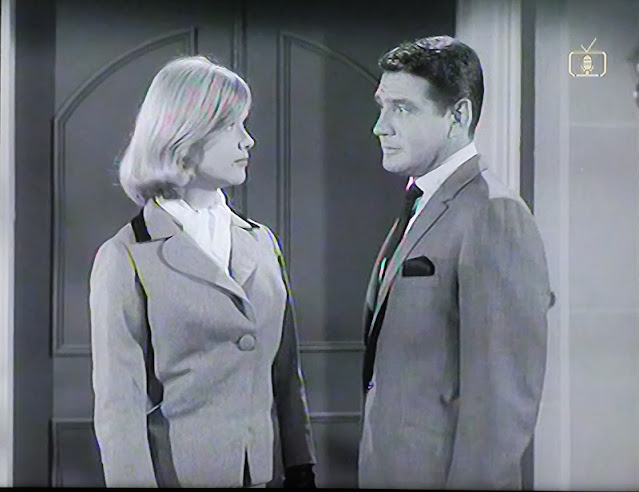 "A warning from Captain Burke: Keep off the case, Honey" 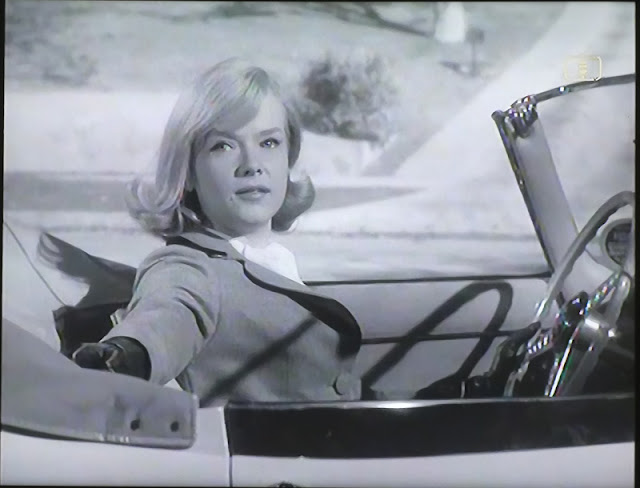 Following a lead in the E-Type. 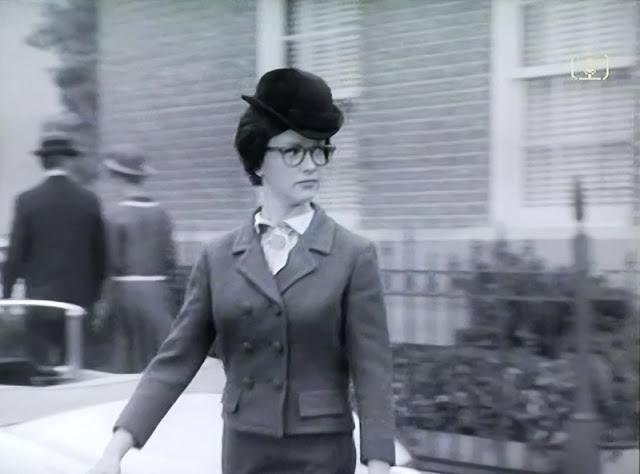 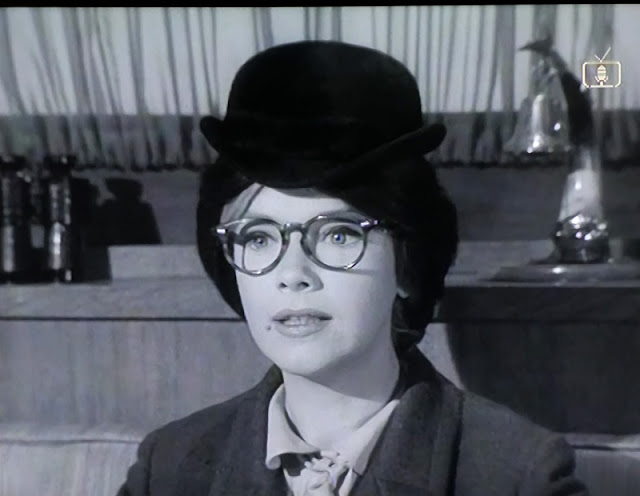 Honey West: Master (or should that be Mistress) of disguise. 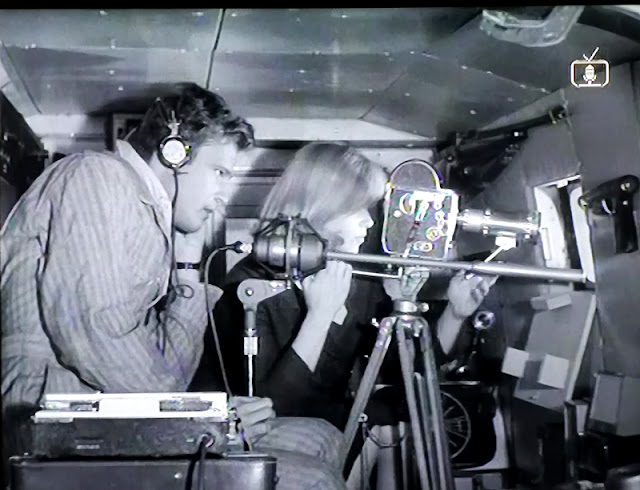 Doing a bit of snooping in the back of their surveillance van. 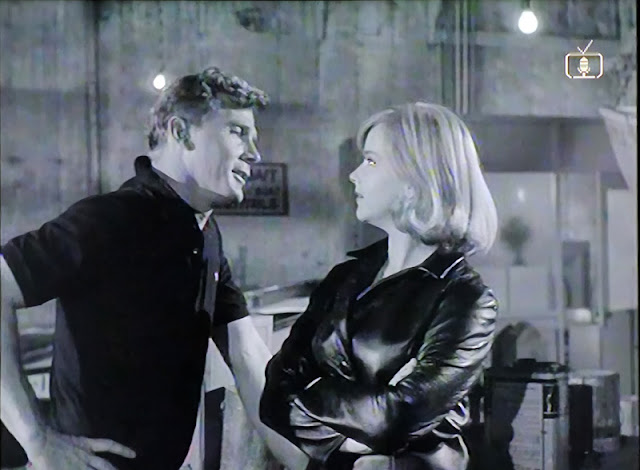 "I'll be starring in my own TV series next year, Honey!" 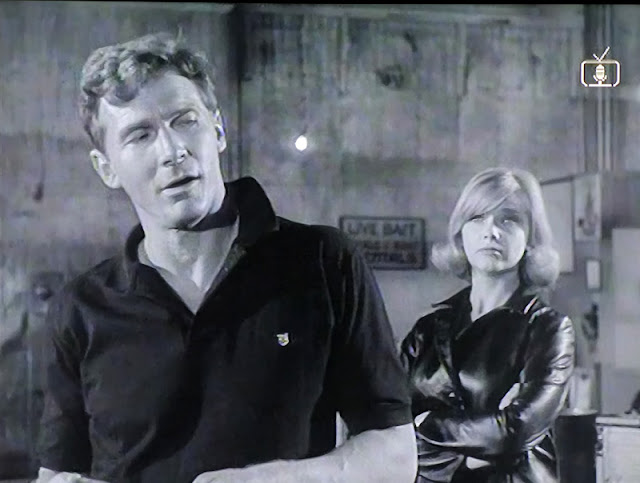 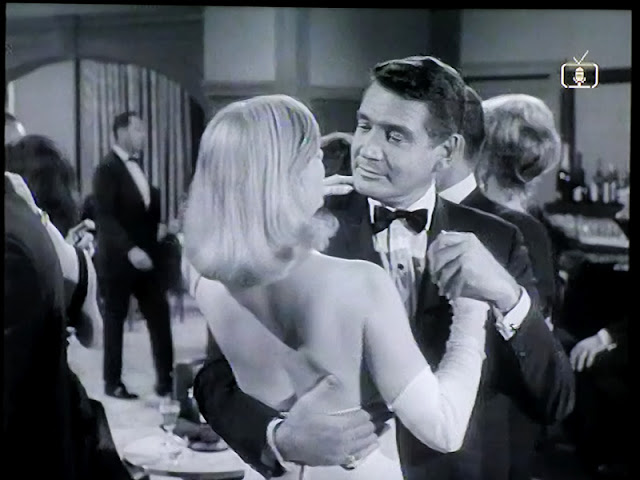 You stay in the foxhole, Sam, the last dance is for your ol' Captain!
Amos Burke always gets the final word, that's Burke's Law!