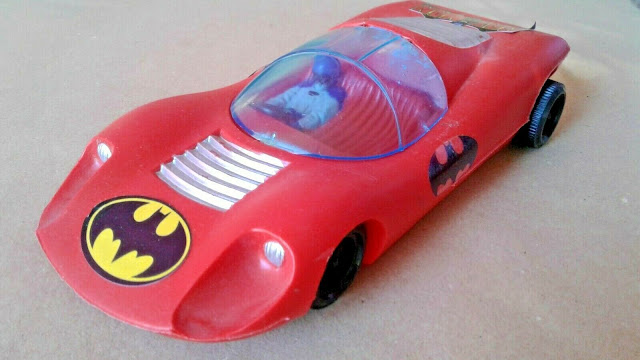 Being a fan of both Batman and sports cars I thought this Argentinian Carrera was a cracker!

Bats looks so relaxed in his comfy seat under the canopy.

I suppose you could stick a Batman decal on anything and make it a Bat toy. Argentina produced hundreds of presumably unlicensed plastic Batman cars of different types and this is just one of them online.

Have you stuck a Batman sticker on anything? 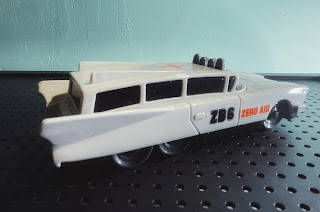 Well it was interesting to note Woodsy's comment the other day as to what we were collecting. I said that I had moved away from most space toys due to their inaccessibility. This happened a while ago, and to fil the gap, I sometimes bought unusual army toys. One line which I really enjoyed was the late 90's line from Bluebird, 'Zero Hour'. The basic line was a range of armed forces facing up against a renegade terrorist group, called Bad Brigade. The toys took cues from M.A.S.K toys, allowing commercial vehicles to transform into fighting machines. 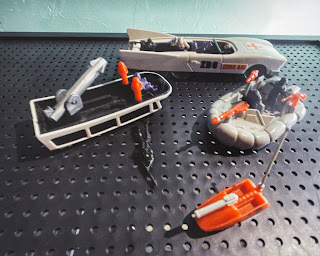 Recently, I was really pleased to hear from Richard Dixon who was the chief publicist and photographer for Bluebird and he shared a lot of the displays he built for the model shoots. Richards work can be seen on the blog and on his site which is recorded here:
https://projectswordtoys.blogspot.com/2018/05/richard-dixons-zero-hour-in-beginning.html?m=1

It was great to hear Richard's story about how the line was publicised and through him, I was able to get a better picture of the full extent of the line. As a result, I finally managed to secure the last set in the line, a Bad Brigade Ambulance which can be converted into an assault craft for amphibious attacks. The set also comes with troops, a frogman, a sea scooter and an inflatable power boat.

So with this line finally under wraps, I can concentrate on maybe building a diorama like Richard's!

I just found a very interesting history of the Oscar Mayer company on You Tube. It shows several of the Wienermobile vehicles that have been used over the years. Well worth a look for any fans of the Hot Wheels models.

With the previous super sonic tin toy in mind, I've often wondered if Jack Rosenthal and co ever considered releasing the Thunderbird's Fireflash as a plastic friction toy under the Century 21 or JR21 toys banner?

I certainly don't know of any such toy and moreover I can't think of any old Fireflash toy other than plastic kits. Is that right?

There is a modern wooden model of the plane, which is quite nice I imagine. I saw it on Ebay. 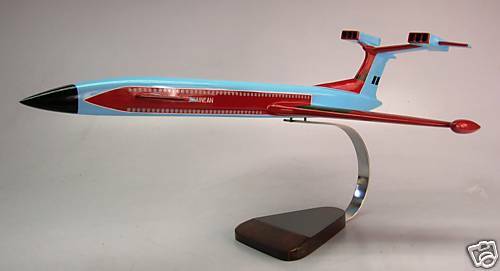 As soon as I saw this it reminded me of my Super Rocket Plane by AHI, itself an American Hong Kong copy of the Century 21 Toys Moonship. What do you think? Similar to the above body?

Email ThisBlogThis!Share to TwitterShare to FacebookShare to Pinterest
Labels: Fireflash

I think I've died and gone to heaven! 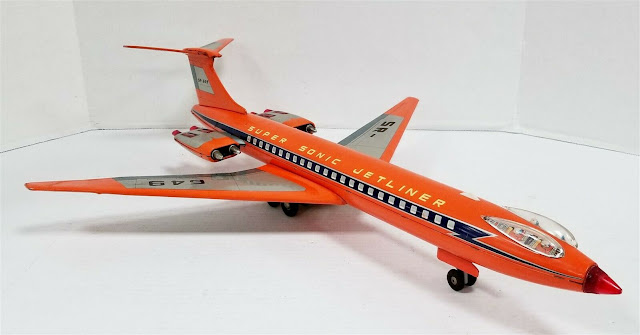 Here's the box, a Sears product if I'm correct. 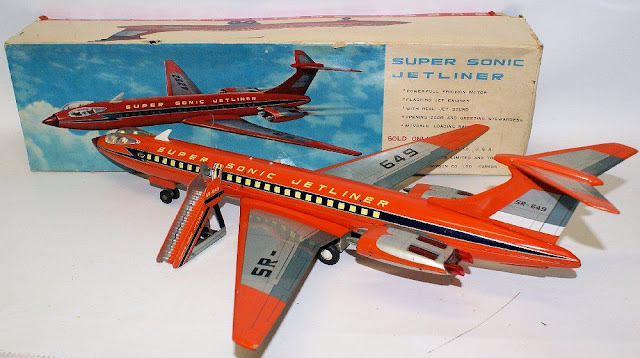 The plane also came in white and blue.

I was wondering about ice lollies I ate as a boy. For some reason I associate Cleveleys near Blackpool with delicious lolly scoffing.

But I'm confused. What was the difference between a Split and a Mivvi? Any?

I've just seen a film clip on TV of a guy being chased down a corridor by a gang of apes with open luminous blue mouths.

Email ThisBlogThis!Share to TwitterShare to FacebookShare to Pinterest
Labels: MYSTERY

All 41 Torchwood episodes are on iPlayer..

I must say I'm enjoying Children of Earth. I'm some way through episode 2. the only downside is the incessant music, which reminds me of a discordant war of the Worlds soundtrack.

Not being up on modern Doctor Who I was wondering if readers knew the origin of Captain Jack Harkness? Was he in Dr. Who? Was Torchwood?

I wonder if readers think that Torchwood is as good as modern Dr. Who? It is the same writer I think.