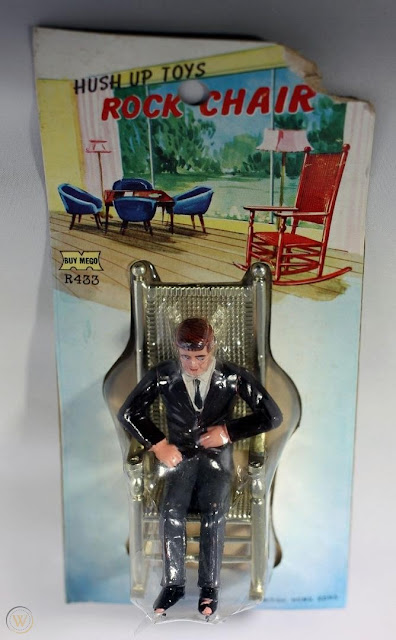 I found this interesting, an old sale listing. It was described as JFK sat in his rocking chair but the backing card make no mention of JFK, just the chair.

Oddly enough the maker appears to be Hush Up toys. Maybe they hushed up JFK on their own toy!

I think there may be something like this in my Bill Breugman Toys of the 60's book. I'll have a gander and report back.

Anyone know this toy or collect JFK?

spurred on by Paul A's comments here's a few more images of the JFK Chair in toy and model form borrowed from Worthpoint and Hakes. 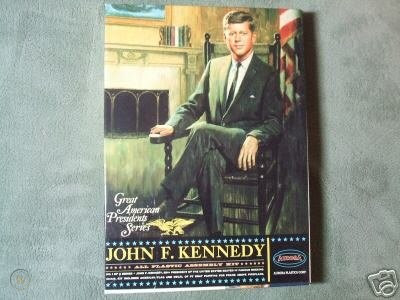 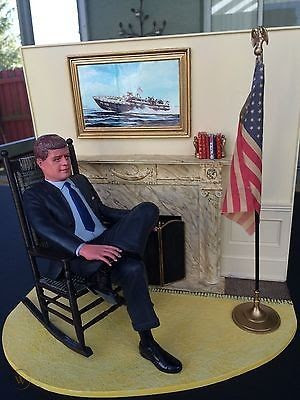 and a musical rocking chair by Kamar.

I wonder what the music is? 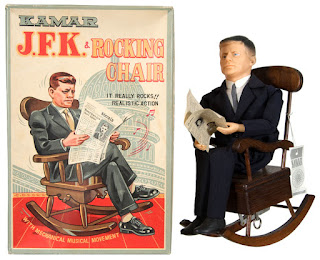 Have you any JFK collectables?

After seeing the fame that the chair JFK was sitting in, and the multiple versions of it available, I decided to see if I could find any more information - which proved really easy.

First up, from this site - https://www.kennedyrockers.com/history-of-the-kennedy-rocker.php 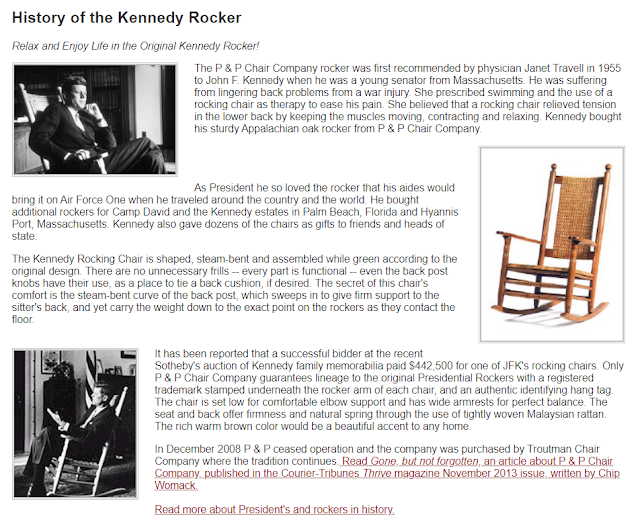 I bet you never thought when you founded this site on space toys that you would end up doing pieces on wooden chairs and American Presidents.

Even the JFK Presidential Library has a long entry on these chairs with several photos - there were several chairs, one with the insignia of the aircraft carrier USS Kitty Hawk. Who would think chairs could be so interesting ?

Hope this is of interest.