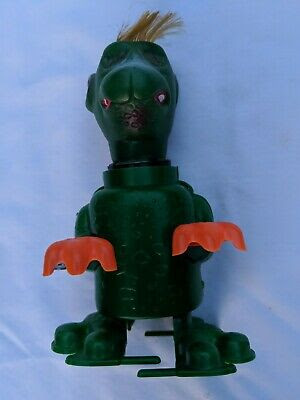 When I saw this walking green monster by Durham toys I thought, hmmm, I've seen something like that before.

A book on model kits sprang to mind and then Lindberg.

here they are as they appear on the amazing Universal Monster Army site. 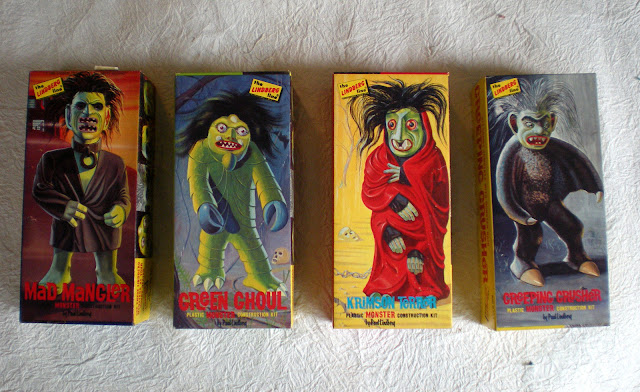 Well, maybe not a match but I think Durham and Lindberg dipped into the same zany pool to come up with the wacky monsters.

What do you think?

Rather than create a new post, I just thought i'd tag onto this one. It looks to me like these models are influenced by Native American ceremonial masks and costume. Edward S. Curtis spent several years documenting the North American Indian in a series of photographs and ethnology studies and his work is probably the most thorough study of long vanished tribes. But look at the similarity in some of these designs. http://curtis.library.northwestern.edu/curtis/toc.cgi