Hello, I am Paolo Malaguti, born in April 1961, and living in north Italy, judoka and BIG fan of the best Gerry Anderson’s TV series… UFO, somebody also knows me as ISOSHADO founder. 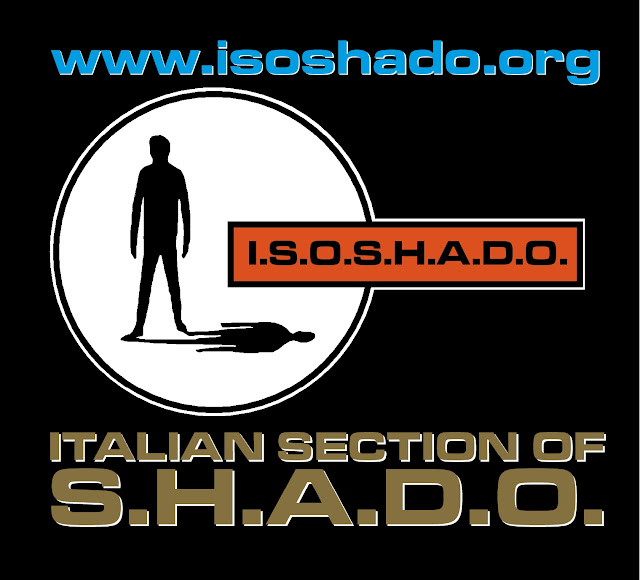 My passion for the UFO series began in September 1971, when the Swiss TV broadcast the first episode “L’uomo che venne dallo spazio" (IDENTIFIED), since then until the establishment of ISOSHADO my activity has focused only on collecting. In Italy, in fact, in those years, the UFO series had a good success and this meant that many commercial initiatives were born (Panini collector cards, photo novels, comics, books, board games etc.

In 1972, UFO had also appeared at the cinema thanks to compilations of real episodes and this has increased even more my collection by adding versions in Super8, advertising material of the 5 movie-compilations, trailers and, later, VHS, but it is in the late ‘80s, initially thanks to SIG magazine then to other publications, that I established the first international contacts. I still remember my first pen pals Marc Spicer, Danny Doyle, Marc Martin and Teruo Yamada, but these were only the first of an infinite series...

In the early ‘90s, I joined Fanderson and attended my first conventions in the UK until got to know Ed Bishop and many other actors of the series.

One day, Ed Bishop got an invitation to a TV show on the Italian broadcaster RAI and he decided to contact me to organise his trip. 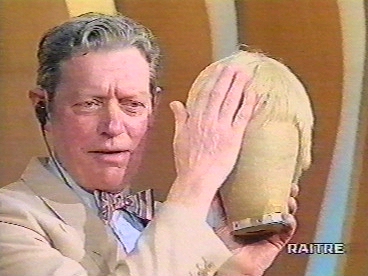 Since then, I also started to bring together in a club the main Italian fans of UFO, first of all Angelo Finamore followed shortly by Paolo Brandimarte, Marco Raffa and Enrico Quaglia.

Soon after, in 1998, we gave birth to ISOSHADO, the official association of Italian fans of the UFO series that to date has organised dozens of events, including one inside the Pinewood studios which saw Ed Bishop, Sylvia Anderson and the “friendly alien” Gito Santana attend in 2002... 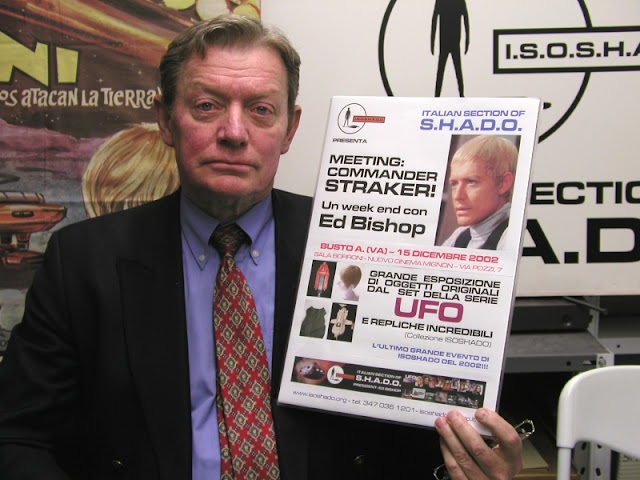 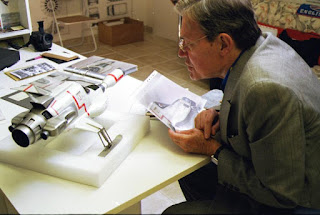 In addition to the conventions in the UK and those organised in Italy, the activity of ISOSHADO has become increasingly intense: from 1996 to 2013 we have held a series of meetings hosting 14 guests, including actors, directors and technicians who gave life to UFO: Ed Bishop, Mike Billington, George Sewell, Gabrielle Drake, Dolores Mantez, Wanda Ventham, Gito Santana, Gary Raymond, Shane Rimmer, Alan Perry, Ken Turner, Jane Merrow, Robin McDonald and Ian Wingrove. 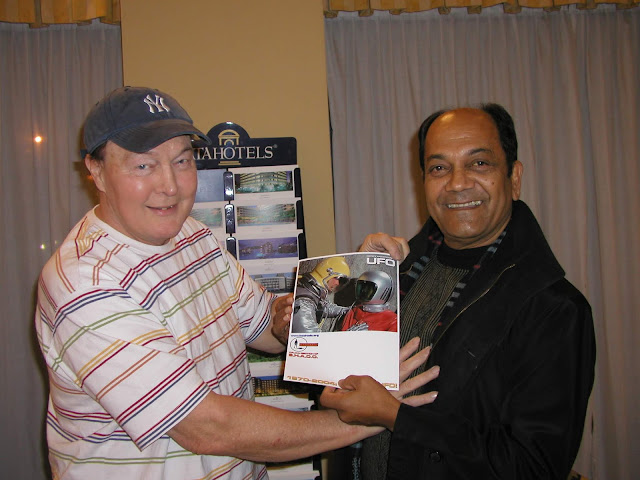 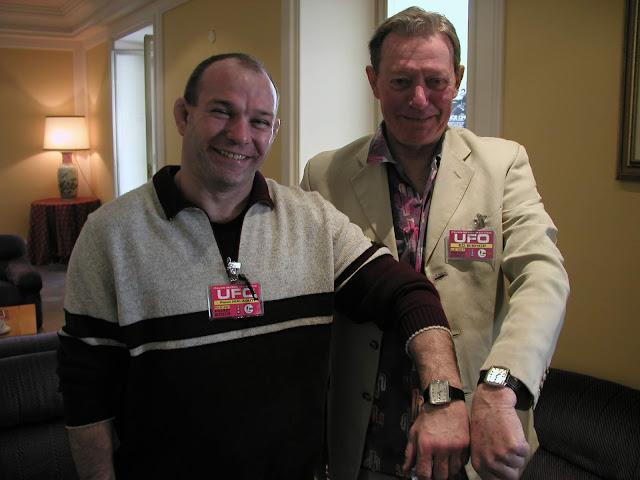 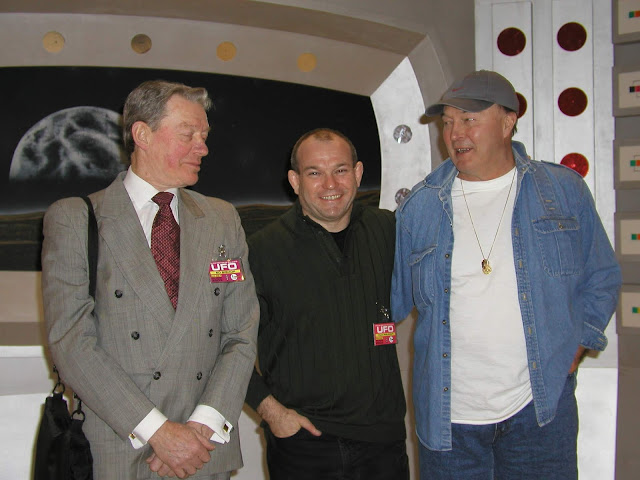 With the sad passing of Ed Bishop, Mike Billington and George Sewell, our efforts have focused more on collaborating with anyone who wants to create initiatives about the UFO series, from DVDs and BluRay manufacturers (the collaboration with Jamie, Gerry Anderson's son was the most important, along with that for the Italian DVDs by DNC-Cult Media), books, newspapers, magazines, television networks that broadcast UFO, and manufacturers of general items/merchandise related to UFO.

But ISOSHADO has also faced extremely difficult adventures, such as the transfer to Keswich to retrieve one of the two original six-wheeled SHADO Jeeps, which is now in our warehouse waiting to be restored and made identical to the way we see it in the UFO episodes. A trip lasted a week due to an endless array of contingencies, but that made him worthy of being remembered for life

1 preserving the "historical memory" of the UFO series

3 performing historical researches on how the UFO series got to Italy and in the other countries where it was broadcast, as well as analysis on the social effects that UFO enabled (it was just after UFO that the acronym U.F.O. was used to describe unidentified flying objects) 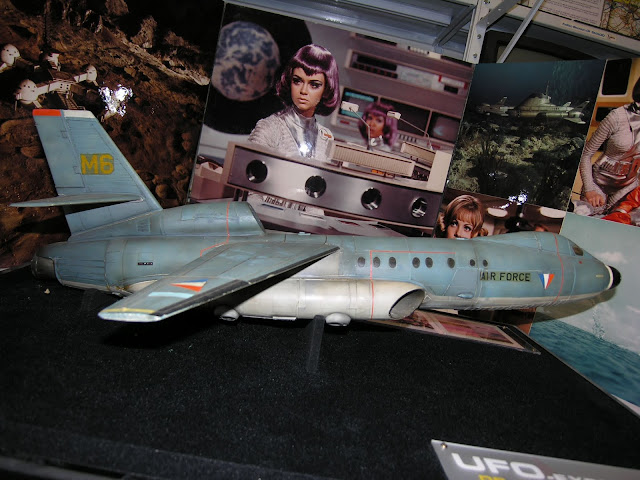 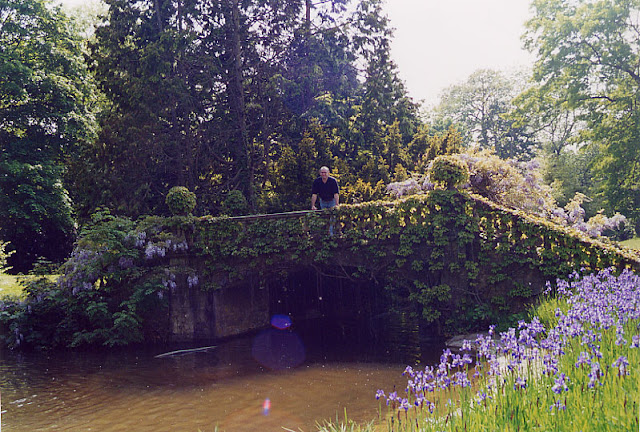 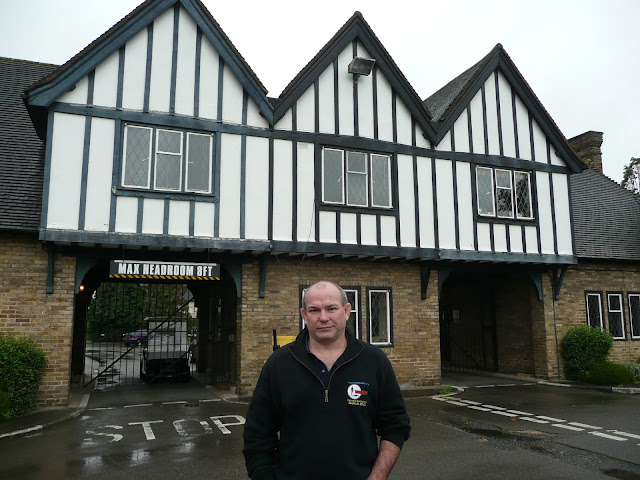 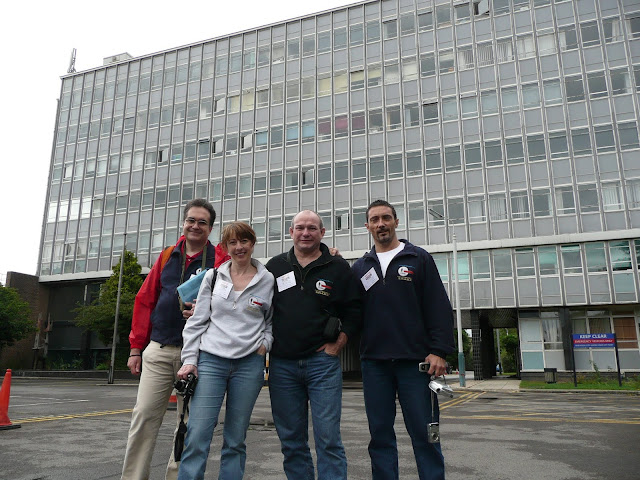 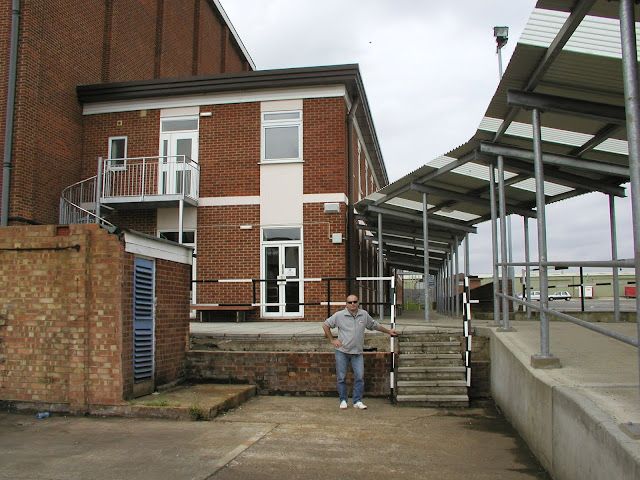 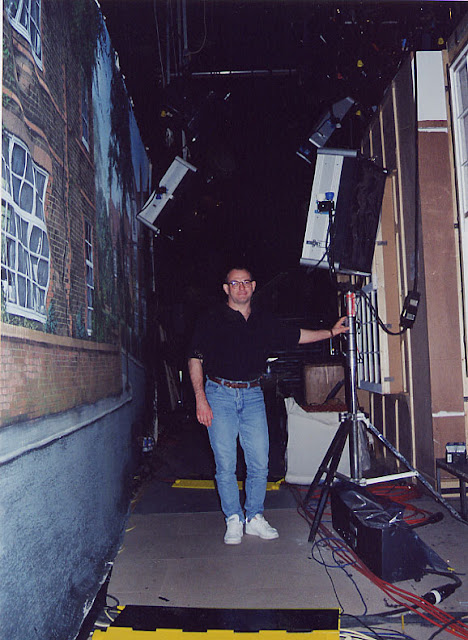 11 production of faithful replicas of the set models 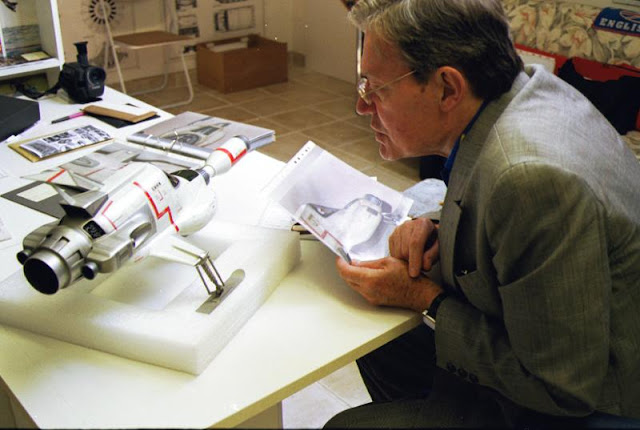 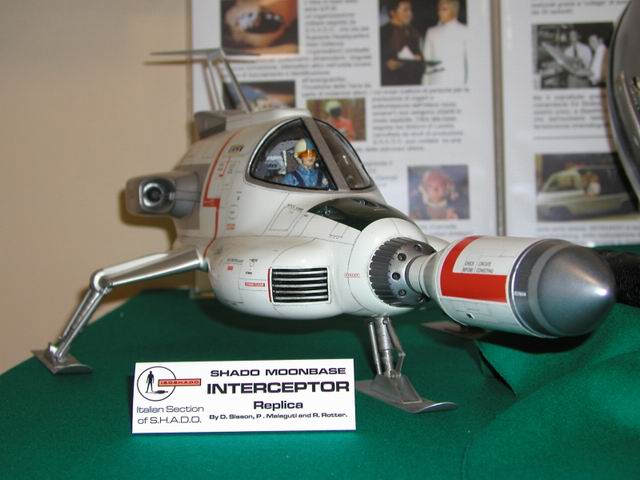 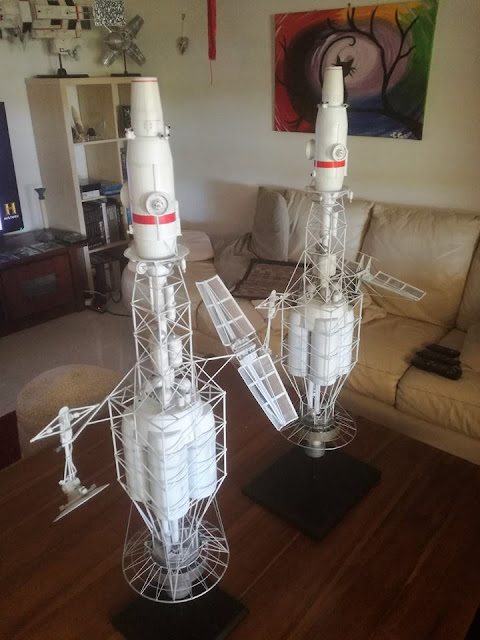 collecting paraphernalia on UFO produced from 1970 to to-date 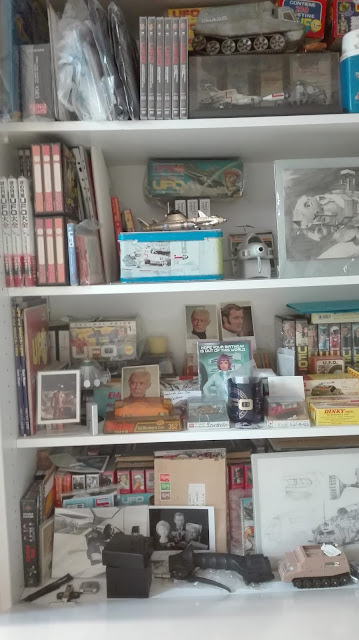 13 cooperating with people, companies and organisations that wish to carry out events or productions on UFO

14 writing texts or articles specifically related to UFO for magazines, fanzines and books 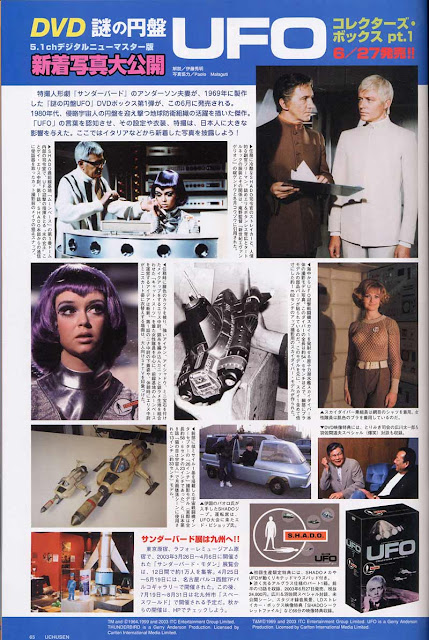 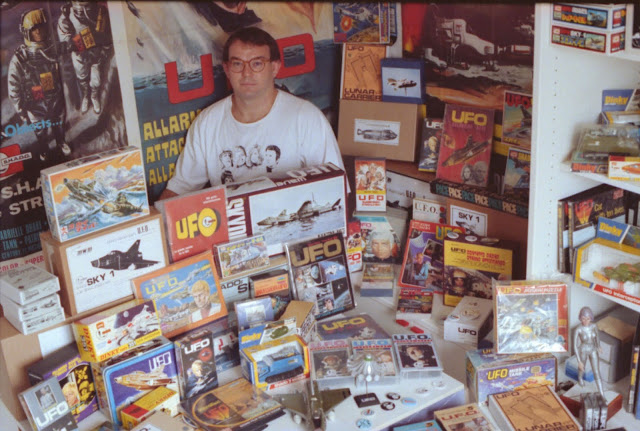 For the Japanese Darts UFO book 1992

and 15 production of "ISOSHADO News" magazine. 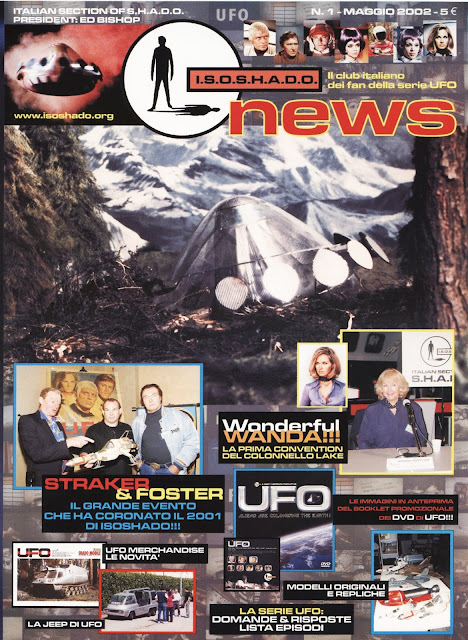 The latest event was our participation in the SHADO CON 2 in Derby in late June 2018, where we exhibited various items from the UFO set (costumes, wigs etc.) and we got to know new actors among whom, who knows, there could be the 15th guest of ISOSHADO. 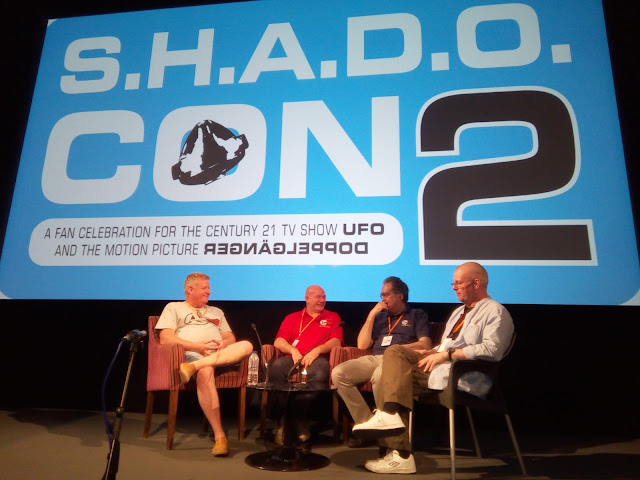 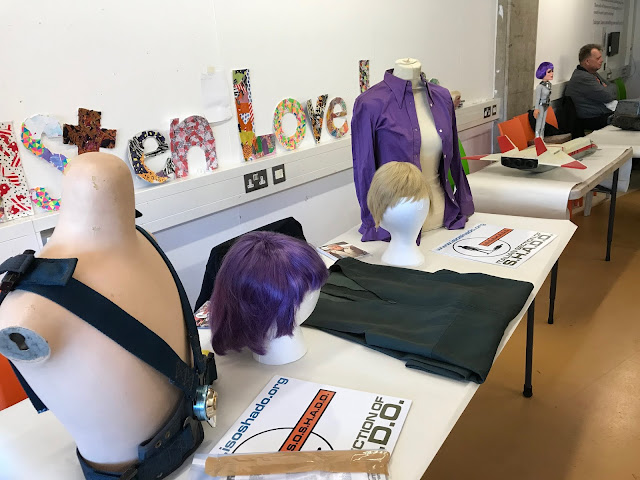 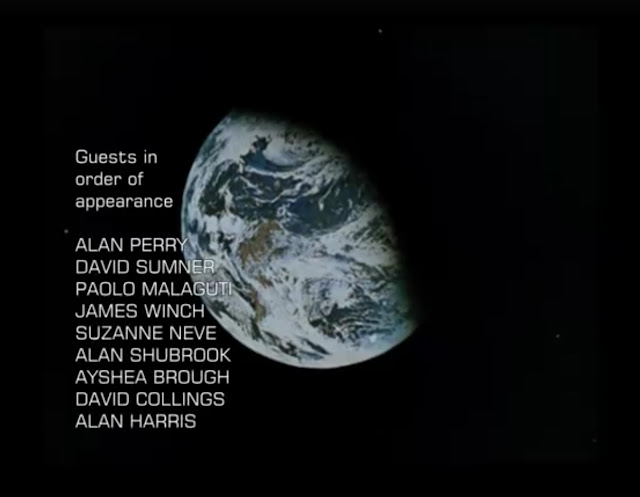 SHADOCON 2 credits
Posted by WOODSY at 12:00