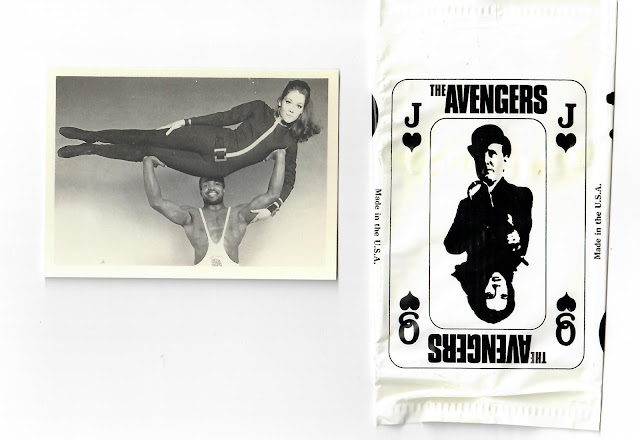 You mentioning Diana Rigg as being from Doncaster near you reminded me of a couple of series of Trading Cards from the early 90's that were printed in the US.

Even earlier in the late 80's old episodes of The Avengers were being shown on TV and I would VHS tape them and watch them with my daughter.

The card came back signed but the signature didn't really match any other one of hers that I've seen.

In 1994 Diana Rigg won Best Actress in a Play at the Tony Awards for her role on Broadway as Medea. My wife and I had been to see the play earlier and this upset my daughter then age nine as we didn't think she was old enough for the play.


Having watched many episodes of The Avengers together in order to give a strong female role model to her, my daughter was pretty mad at not being taken to that show.

Knowing that Diana Rigg was not particularity happy at being reminded of her time as Mrs Peel I was somewhat reluctant to do so but I mailed a note explaining the situation along with a return stamped envelope and an Avengers Trading card to the theatre.

A short while later the card was returned as seen in the scan. I'm not sure if that is her actual signature as it doesn't match any I have seen on the web for sale, but I do know it was returned from the Theatre she was performing at.

This is the card. 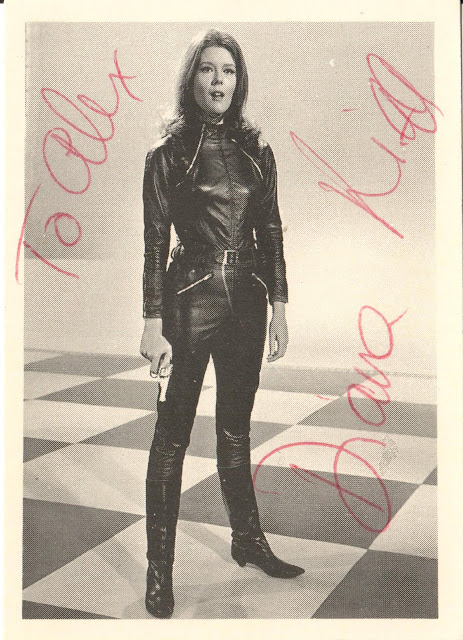 The picture below I saw online and is a dealer's authenticated signature. There are so many versions of Dianna Rigg's it's hard to know what's genuine. 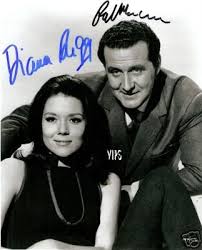