PRIME CUTS: THE BBC SOUND EFFECTS OF DEATH AND HORROR

As a teenager I was nuts about monsters.

Films and comics were my main course and the grislier the better, so when the BBC Radiophonics Workshop issued its first Sound Effects of Death and Horror in 1977 I was thrilled to add grisly sounds to my menu!

I was 16 when the record came out, my secondary school days nearly over but my love of monsters as strong as ever. The LP cover was a absolute cracker, as gory as anything past like those gruesome Witches Tales comics covers. To be honest I'm amazed the BBC had the courage to release it at all!

There's so much going on on the cover art, something for everyone! Back then it was always the circular wasp woman in the round window that mesmerised me, a bit like those hypnotic port-holes on the Led Zep III LP cover. 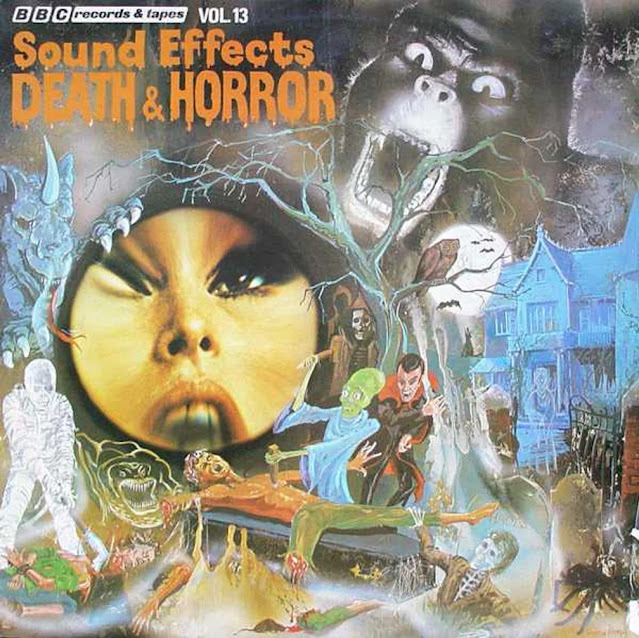 Humorously released as Volume 13, Mike Harding and those clever chaps and chappesses at the BBC Radiophonics Workshop didn't pull their punches when it came to content. I clearly remember being shocked by some of the titles, especially  number 2 'Arm Chopped Off.' and number 4 'Sawing Head Off'. I recall reading that it was actually cabbages that were being chopped in half, thank God! 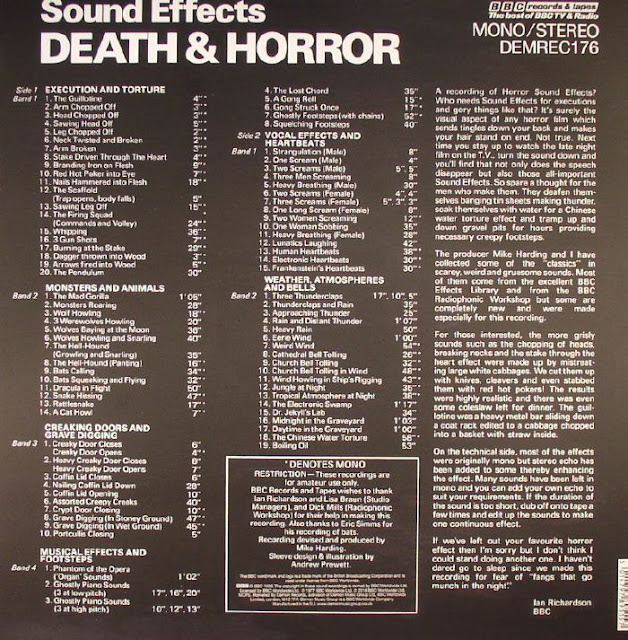 My own copy of this LP was sadly lost in time but I was re-united with it about 10 years ago when my daughter got it me for Christmas, which I promptly framed and hung it on the wall pride of place over the stairwell, so I could see it every morning. My Grandson, Junior, likes it too, although I don't dally as we descend.
In 1979 the Beeb issued a second bloody helping, 'More Sound Effects of Death and Horror'. 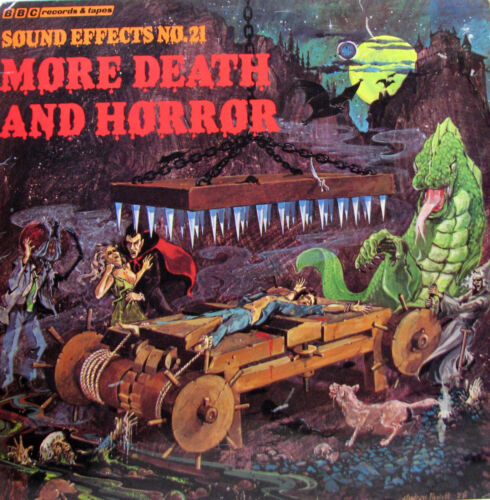 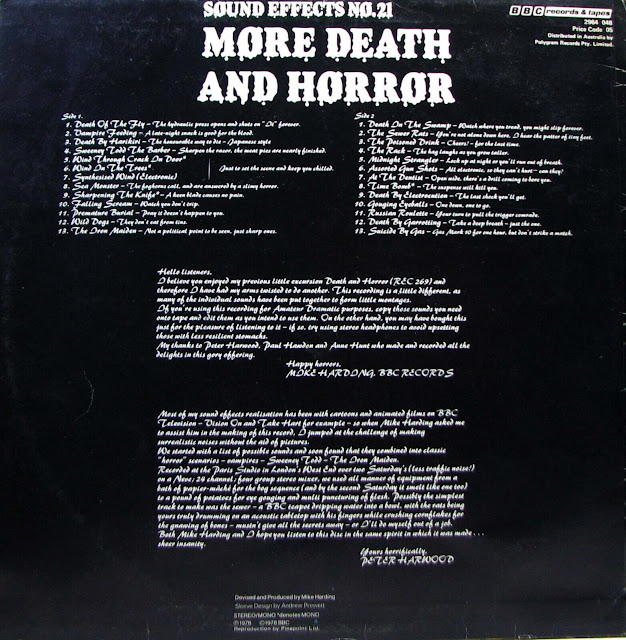 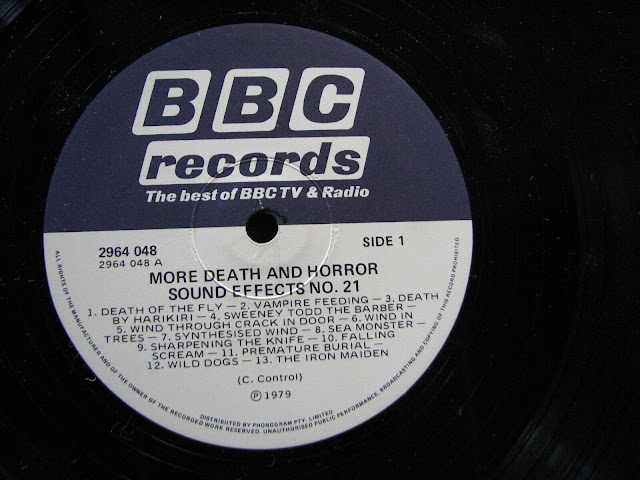 I never owned this second album but was lucky enough to pick up a copy at a car boot sale a few years back, along with a music cassette version of the first record, which was fun!
There was a third 'Even More ....' record in 1981 but I've only ever seen this online and by then I'd left the country and parked my monsters for a bit.
Researching for this post I've discovered that a new generation of 90's horror fans were treated to the first two BBC records on the new-fangled format of CD. Titled Essential Death and Horror, its a fair crack at the old cover art but I'm afraid I need a twelve inch square to get my blood moving. 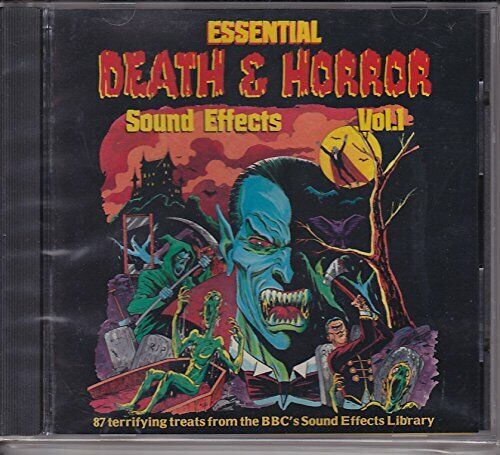 If the CD wasn't enough bone-crunching progress, in 2016 Demon Records, in a fit of utter nostalgia, re-released the original LP, this time in blood-spattered coloured vinyl for a whole new generation of boys and ghouls! Or maybe it's just for us oldies! 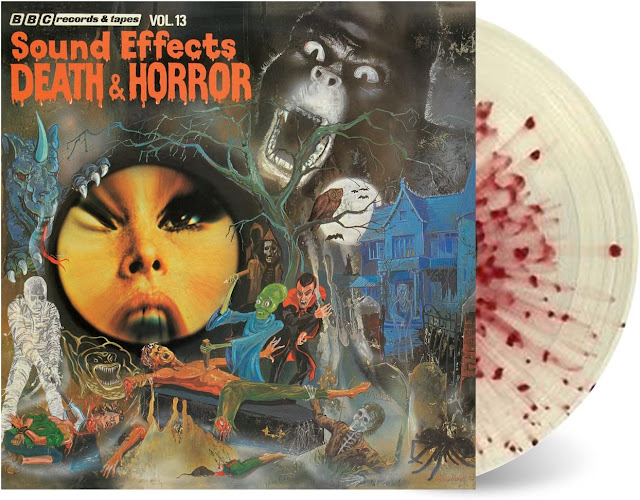 Did you listen to BBC sounds effects of death and horror readers?
*
All images from Ebay and Amazon
Posted by WOODSY at 10:11