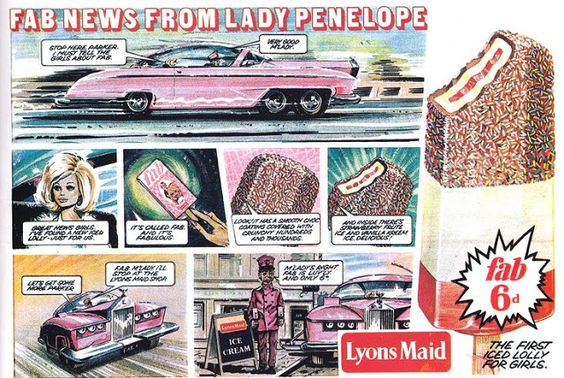 There's much to please the ice cream nostalgic on the net, not least those confections licenced to Gerry Anderson TV shows like FAB, Super Sea Jets, Orbit, Space 1999, Sky Ray and ZOOM. 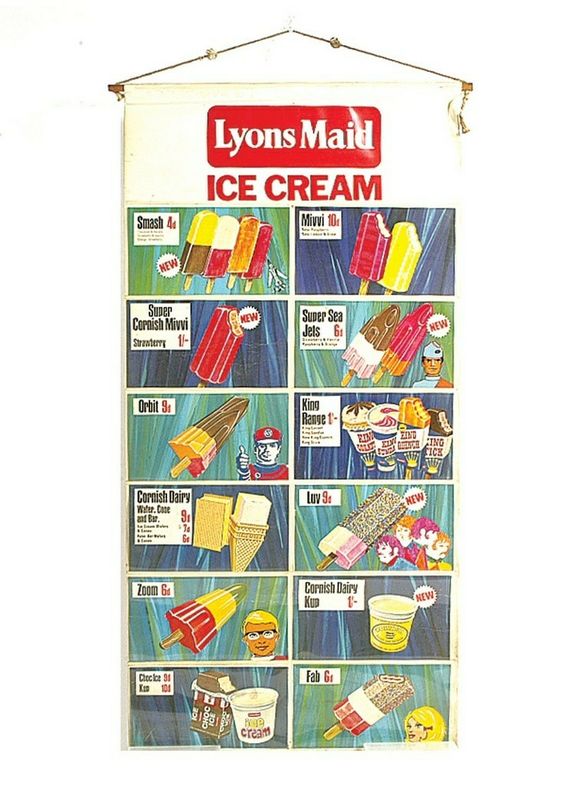 Less well-known ice creams from the swinging Sixties can also be found. I used to love the milky Haunted House and the chocolate filled Lolly Gobble Choc Bomb. Don't remember Luv, Crime Squad or Captain Rainbow. Do you? 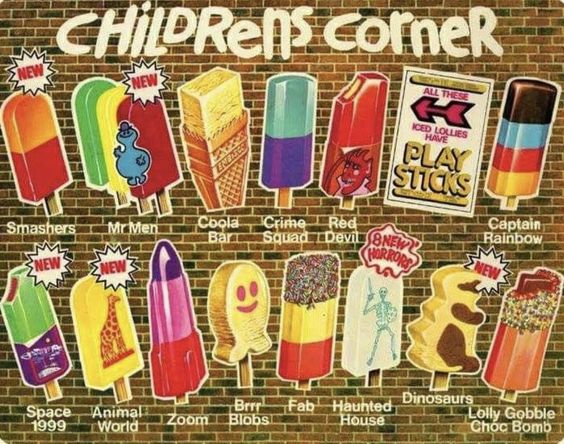 Cornet was fave of mine too, a block of vanilla ice-cream stood in a T shaped cornet. Woppa and Heart were delicious, as was the minty Tiger Mint. Don't recall Wiz though! 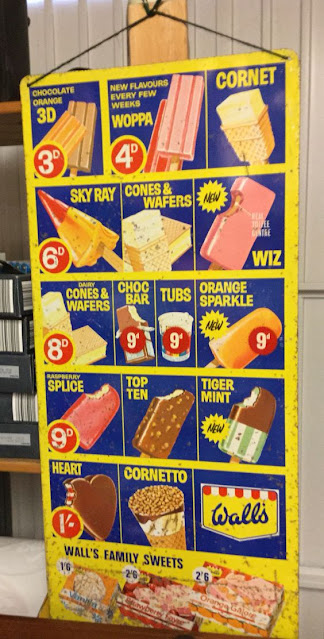 Happy Faces were fun, as were Choc Top Woppa. Kinky was an absolute favourite and looking at Big Wiz I'm wondering if the centre was butterscotch, which rings a taste bell. 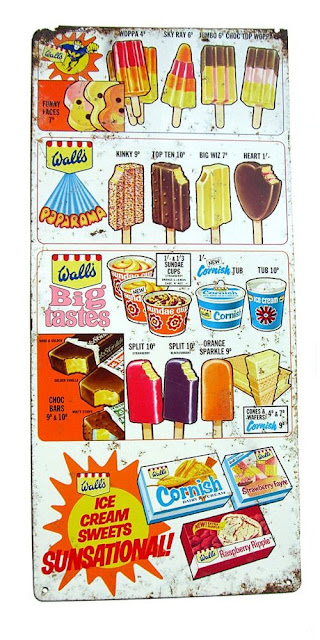 Which ice creams did you like in your country?
Posted by WOODSY at 17:48