Following on from my previous Marx Man from UNCLE figures  post, and at the request of reader, Tony K, here's some photos  of the Marx 6" Wild West Cowboys kindly sent to me as a freebie when I bought the UNCLE figures. 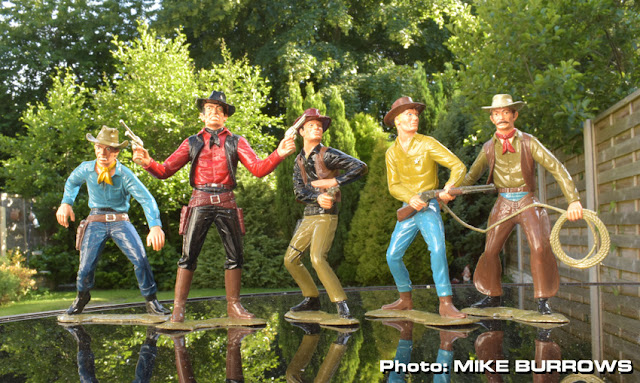 I have five, of what I think should be a set of at least six  as each of mine are numbered on the base, but I'm  missing number four, which I believe is a wounded cowboy clutching his chest. Number 3 has part of his lasso missing. 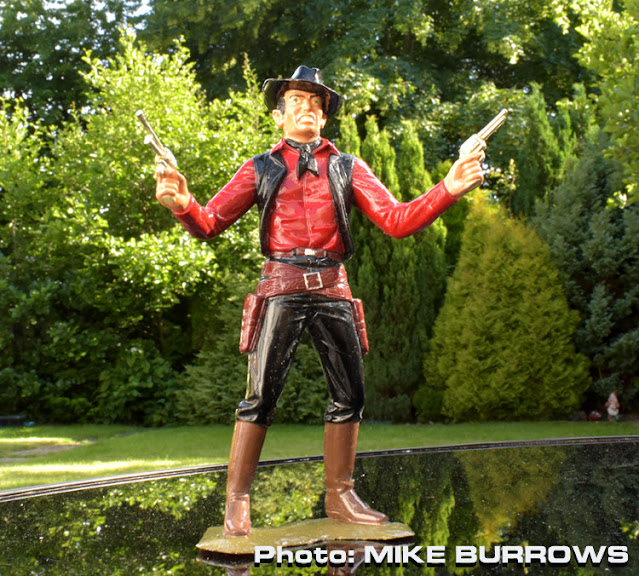 There are also a further six American Indians to collect. 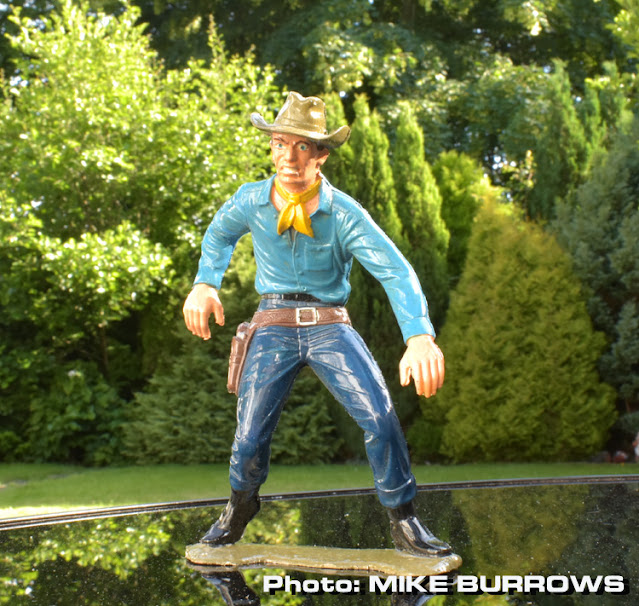 I did a little further research and found that the original Marx Wild West figures were dated 1964 on the base. 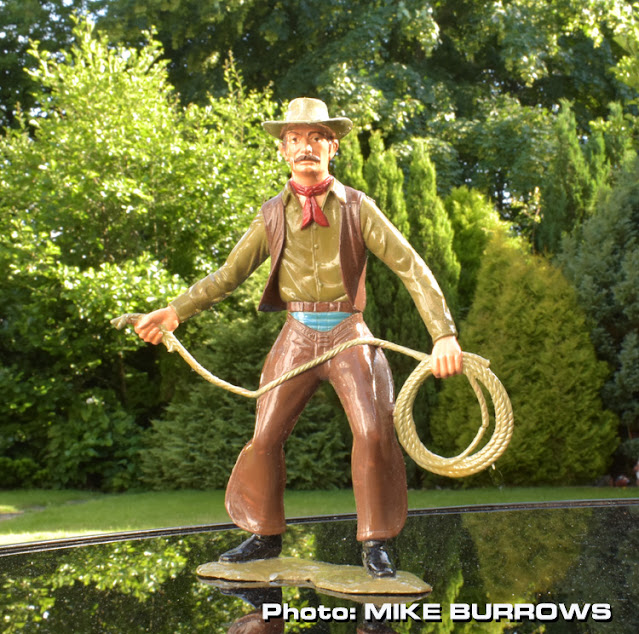 Like my UNCLE figures they are painted and lacquered to a good standard, and along with a number, they carry the name on the base  'Plastimarx Mexico'. 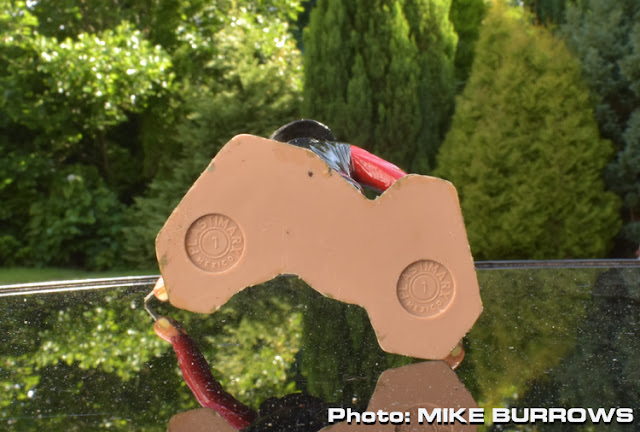 Plastimarx was originally a Mexican company called Artefactors Plasticos that was acquired by Marx at some point in the fifties and renamed, soon becoming one of Marx' most profitable branches. 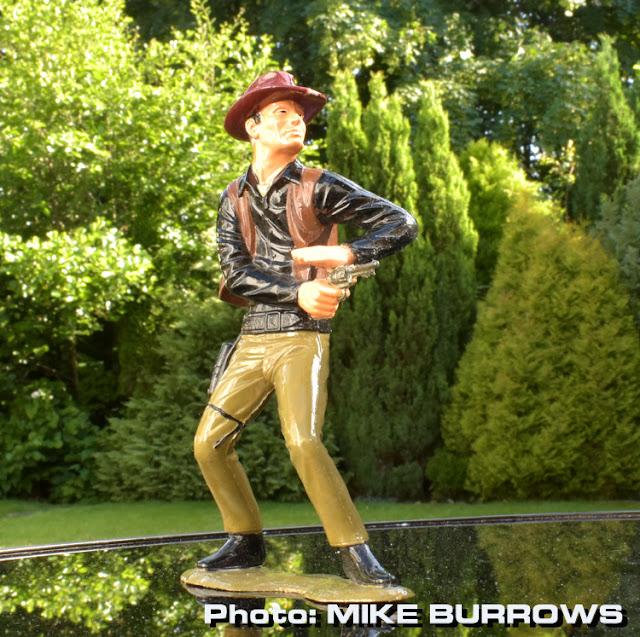 I also found that in 1963, another Marx company in Hong Kong, Gold Marx produced several fully painted 6" figures, using enamel and gloss lacquer not unlike my UNCLE figures, and these Cowboy figures. However, the painted ones are supposed to be identified by having a 'Marx - Made in Hong Kong' or 'Marx - Made in Taiwan' stamped on the base, so when it comes to my figures, it's still very much inconclusive. 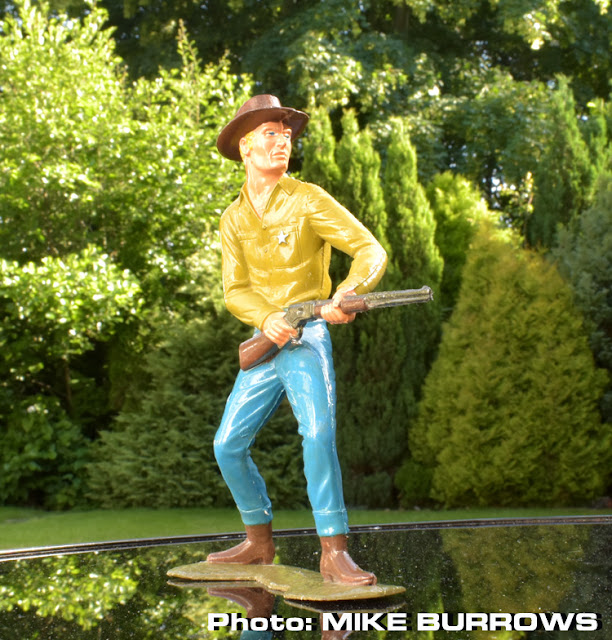