They remind me of the comics I got as a kid in more ways than one. I bet a lot of continental kids grew up and had to get their collections back like I did.

The European covers are sometimes lifted from other publications and its fun to work them out. What can you see?

Here's a very Frank Frazettaesque cover on Escorpion. Is it lifted? 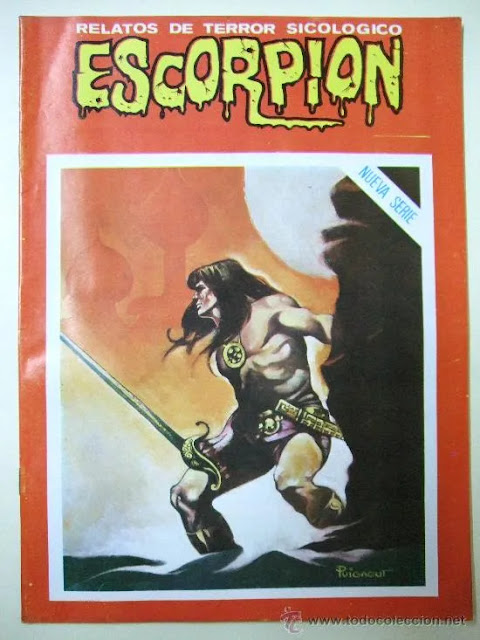 And this beastly fella has walked straight off a Creepy or Eerie cover, 'cos I had one! This looks the same as Skywald's Psycho or Nightmare, if you're in the 'horror mood'! I had lots of 'Nightmares'. 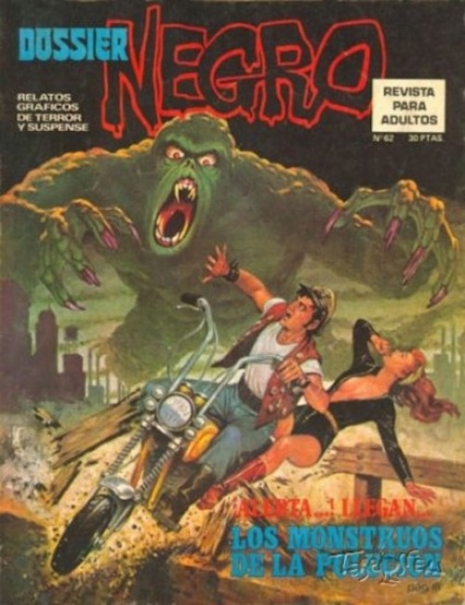 And as for this, I'm pretty sure its a Creepy or Eerie cover just with different heads! 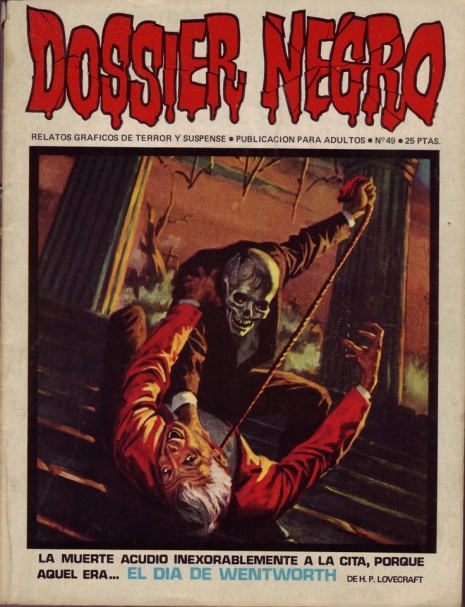 This monster should be Christopher Lee's Dracula but now its Wolfy! 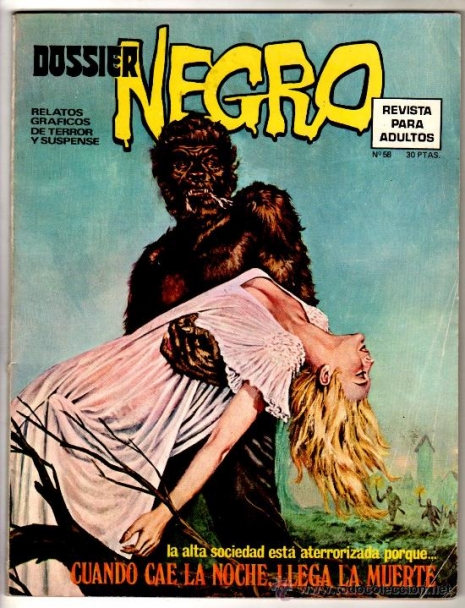 These witches ring a bell too. Not sure why. 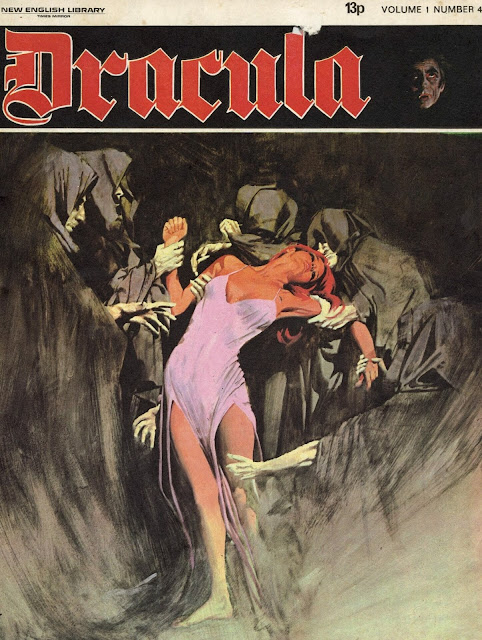 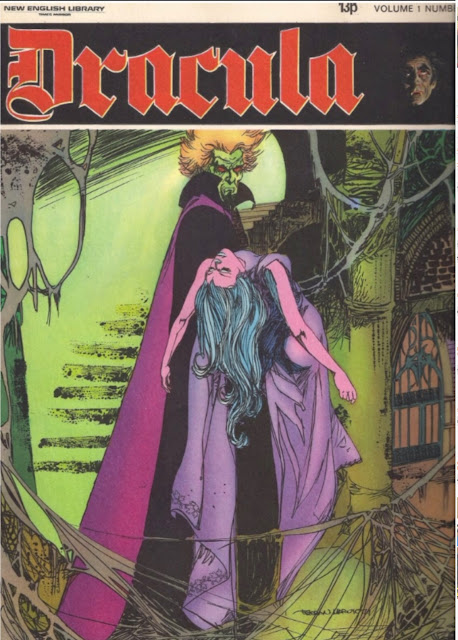 That looks like Barbara Steele up top. The raging lady looks familiar too. 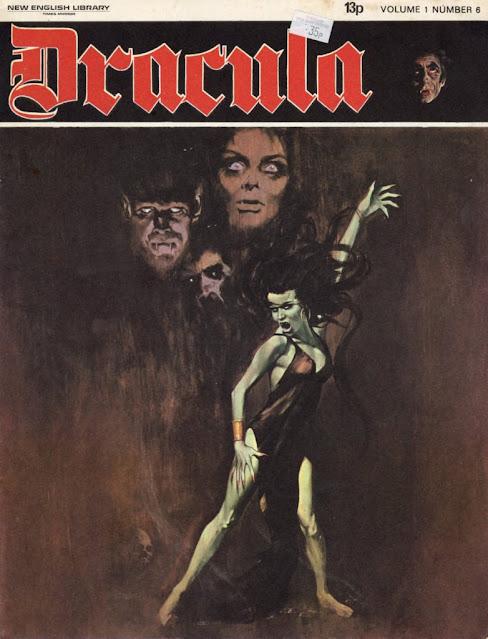 The space-age Sophia Loren below reminds me of something, just unsure about it. 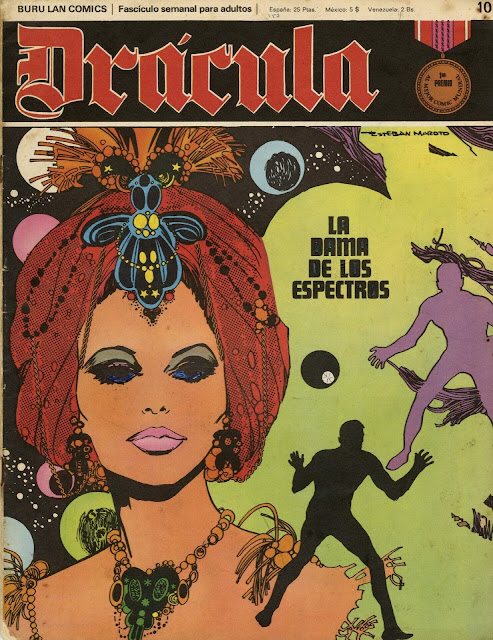 and finally, the big haired lady has an Aubrey Beardsley vibe I would say. Would you? 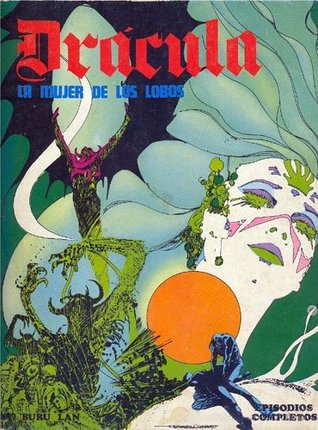