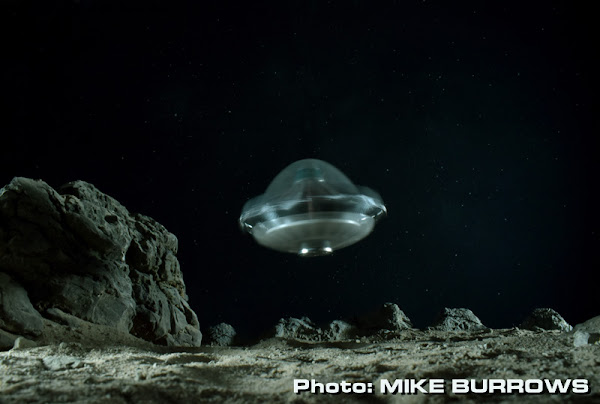 The Saucer, seen here spinning across the lunar surface is really only clearly seen in the series once it has landed, however, I think it looks at its best glistening across the skyline. 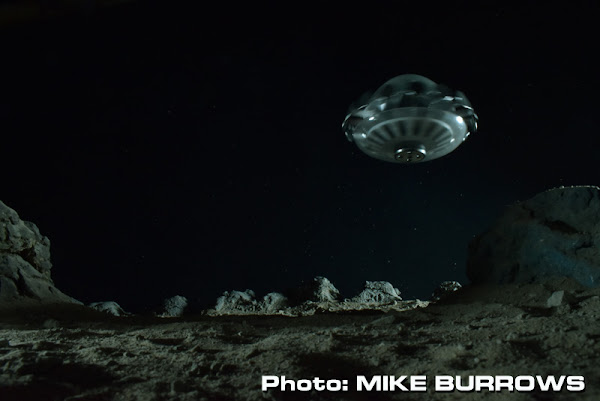 According to Derek Meddings, in his book, 21st Century Visions, the effect the Century 21 special effects team wanted to create was a blur of spinning light, which looked dramatic and mysterious, but also believable. 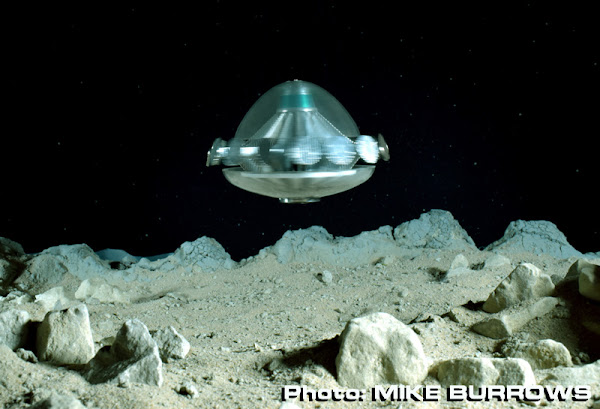 Unfortunately, the spinning model was apparently a nightmare to film. To create the desired spinning effect a motor was fitted into the main body which spun independently from the upper transparent dome. The dome, which was fixed in place, carried the control and power wires, while the lower section revolved. 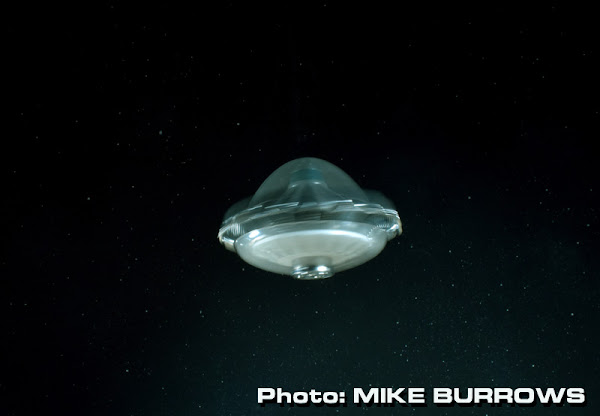 The model had to be carefully weighted, and couldn’t be tilted in flight, or it would stop spinning. However, even though the UFO’s were generally filmed in a straight line, the result was that the craft appeared to defy gravity which added something to their mysterious presence. 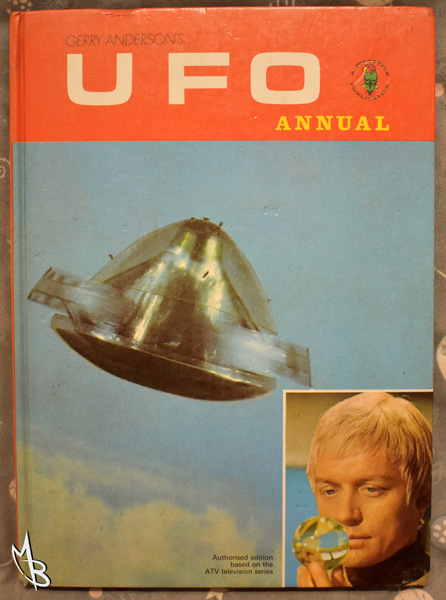 The first time I saw the saucer from UFO, was probably on the cover of the 1971 UFO Annual which came out towards the end of 1970, prior to the series being shown on TV. 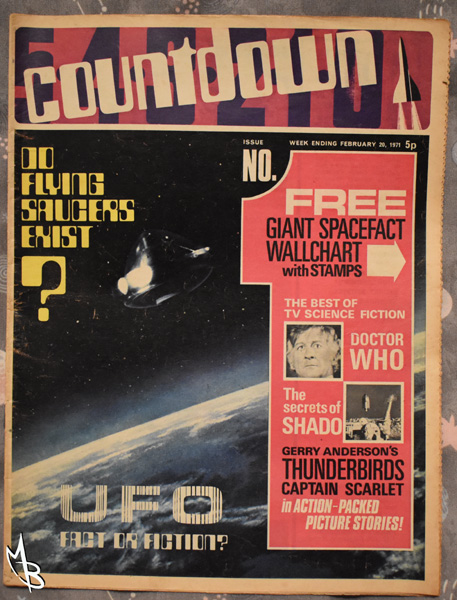 Nowadays, there’s no end of UFO TV series background information available, but back in 1970 info was scarce, and for a time the annual was my only source, until Countdown comic was launched, coincidently fifty years ago this month, so many happy returns, Countdown! 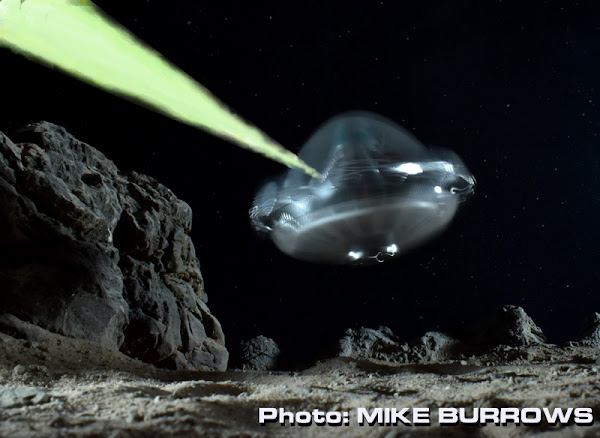 In the annual the UFO was described as having a built-in self –destructive system, which meant the inner workings of the UFO, remained a mystery to SHADO. It was capable of travelling at many times the speed of light, and equipped with a unique ray which had tremendous destructive power. 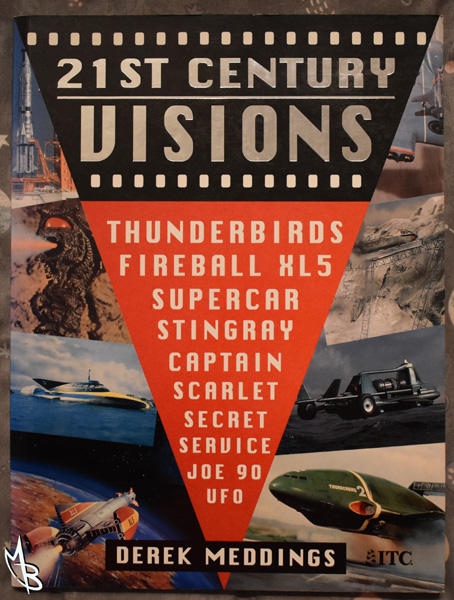 In 21st Century Visions, Derek Meddings’ mentions that it was rare for Century 21 productions to use optical effects as they could be expensive, but for the UFO’s heat ray, which was created using an optical printer by a former colleague of Meddings’, Ray Caple, it was felt the extra expense was justified as it created a more dramatic effect. 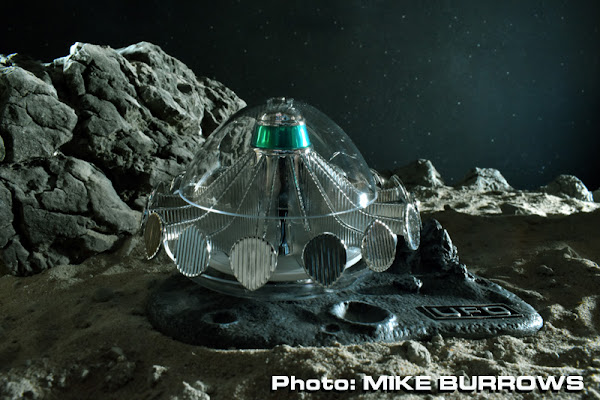 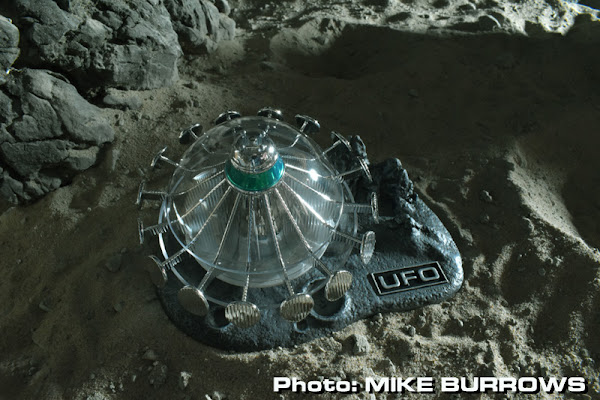 This new release features the familiar UFO, along with the welcome addition of a nicely detailed lunar surface display base, complete with the UFO series logo. 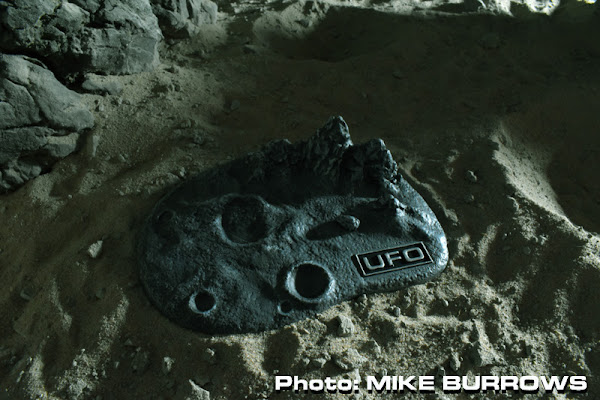 The window box packaging looks good too, with a conspicuous S.H.A.D.O. insignia on the top. 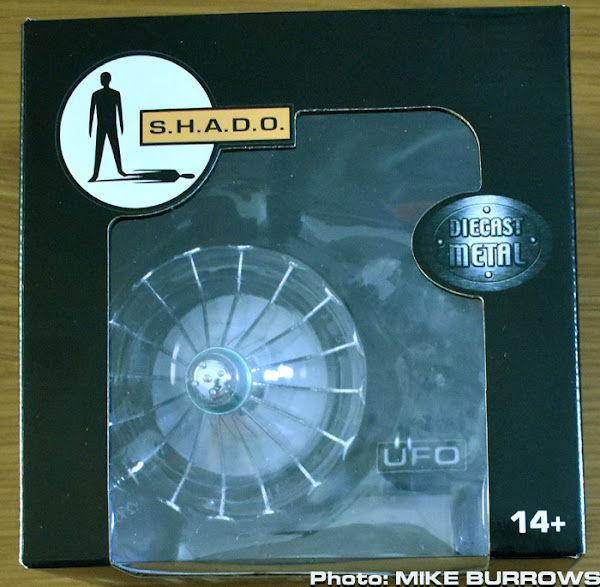 The rear side has a selection of photos, and a short write-up about the series. 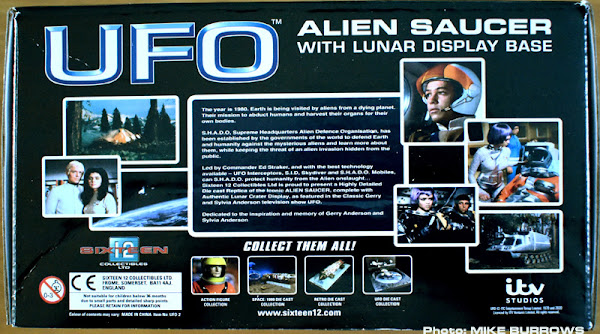 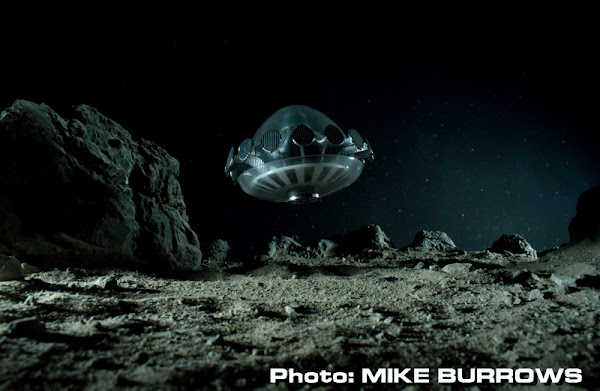