A trip into the Moonbase attic found two abandoned bases.

These two Moonbases were built in 2009 as part of a the blog's look at the fabled Project SWORD Moonbase toy, of which only two possible examples have ever been seen we think.

This large scratch built model was my own effort to capture the SWORD Base. It could do with another outing. 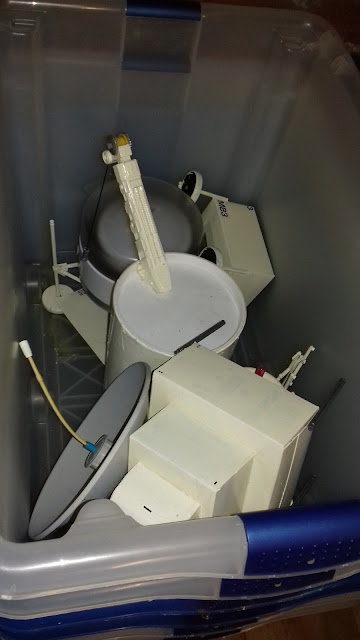 This smaller SpaceX-scale set was made by Wotan and again deserves another outing. 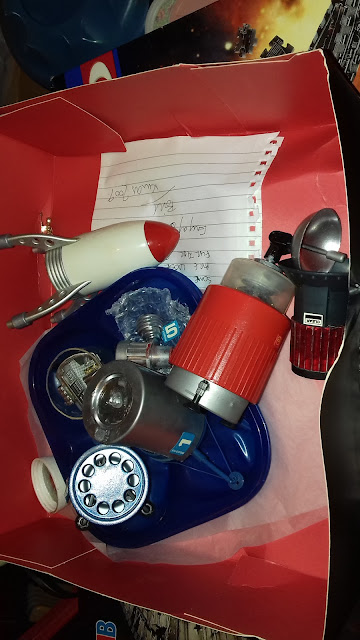 I shall see what technicians at Moonbase can do!
Have you made a moonbase?
Posted by WOODSY at 12:00

The October edition! It's autumnal fun! Just click on the image.