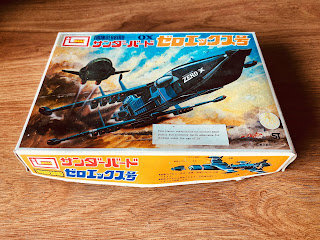 Way back before the internet made everything accessible and I was restricted to model shops and the excruciating process of snail-mail order, I picked up the little Imai Zero X kit. The dynamic box art looked great and having seen the toys and other Imai models, I was quite excited to finally get my paws on a long awaited OX.

What a disappointment. I should have known reality couldn't possibly meet my expectations, but even so I was seriously underwhelmed. The box art suggests the kit is a full formed Zero X, with MEV and correct proportions etc - at least thats what the picture suggests. As I can't read Kanji, it could be saying "ha ha gaijin, this is what we expect you will think you're getting - but no way!" 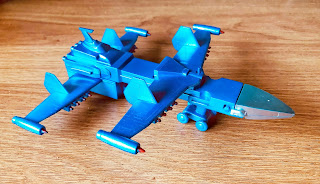 So what I got, was a flimsy, deformed excuse for a kit, which doesn't really even make a good toy. Which, with its massive wheels and rubbish firing missile, it is probably closer to.
So, I lashed it together and then shoved it back in its box and buried it in disgust under my growing pile of Macross kits. Recently, having acquired a couple of other far superior models, I felt a bit bad and unearthed it, just to check how naff it really was. 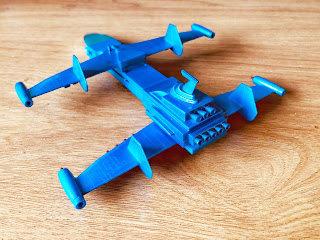 From an authenticity standpoint, its naff. It's deformed and the heatshield is completely the wrong shape and there are no decals. From a production standpoint, its naff. The plastic is thin and the moulding is weak, with lots of flashing to trim and ill fitting parts. From a playability standpoint, its naff. Although it has a big box on the rear axle, there's no motor and just free rolling wheels. The Lifting Bodies do detach, but leave huge gaps in the fuselage and launching the heat shield doesn't reveal a nice MEV cabin, but an open space with the spring mechanism poking out. So Zero points all round. 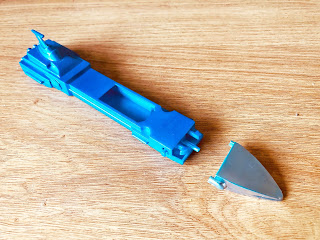 So I was just as unimpressed as ever. Even so, I had a bit of blue automotive paint left, so I gave it a bit of a spray and dusted off the shield in silver, with red accents on the nacelles. The huge motor unit had to go too, even though it leaves a large open box on the base. 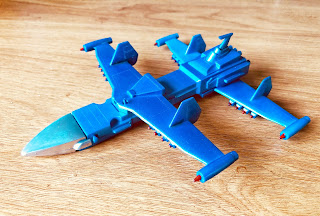 Its still a bit naff, even with a lick of paint, even the tiny 2" Morinaga version is more technically accurate, but it has grown on me slightly. Its basically the same size as the Bandai toy version and the Shinsha Fondly Remembered Collection model shown below.

Both of these versions are not technically accurate, but do have a specific style and charm and for all its failings, the Imai version does fit in with them quite well. So maybe, after all my gripes it could be Zero X 1.. 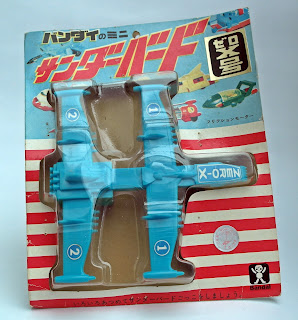 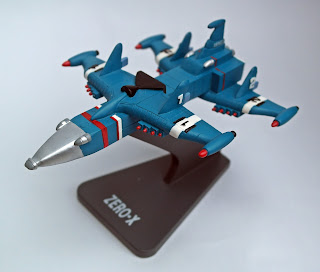 Email ThisBlogThis!Share to TwitterShare to FacebookShare to Pinterest
Labels: Imai