ANOTHER LOOK AT THE 16/12 EARTHBOUND SET

A few more shots of the Sixteen 12 Collectables Earthbound limited edition deluxe set, which is due for release in April. 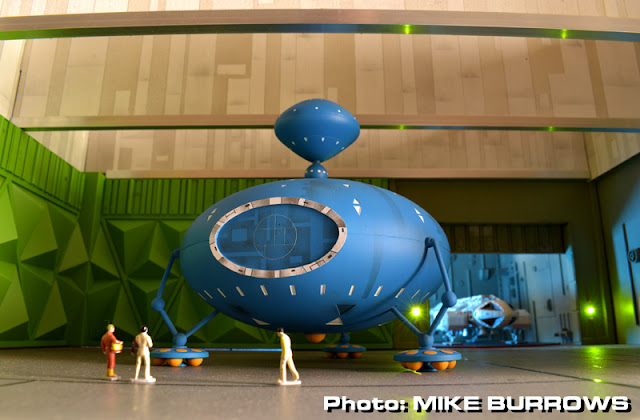 I think it’s a fair bet to say that this will be another sell out, and probably before the official launch date too. Their website link for the set went live on the 6th January and received an incredible 188 pre-orders in just that one day.  As there is also currently an ‘early bird’ discount offer on the full retail price until March 1st, I suspect that number will rise significantly. 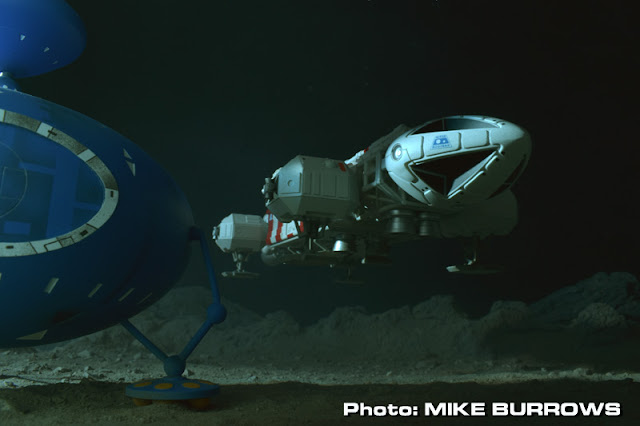 I have covered what’s in the set previously on this blog, but I don’t think it does any harm to have a recap. 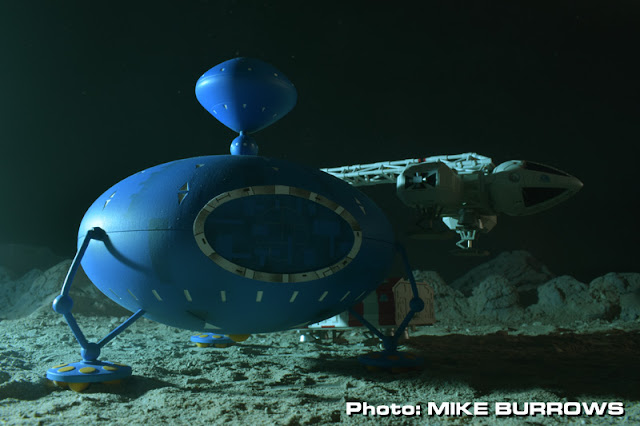 Obviously, it features two spacecraft which appeared in the Space:1999 episode, Earthbound.  The Eagle in the set, which features the more realistic hand finished aluminium engine bells, carries the red striped Rescue/Medical pod.  Although, this pod only appears in four episodes, it does feature heavily in publicity material and merchandise. 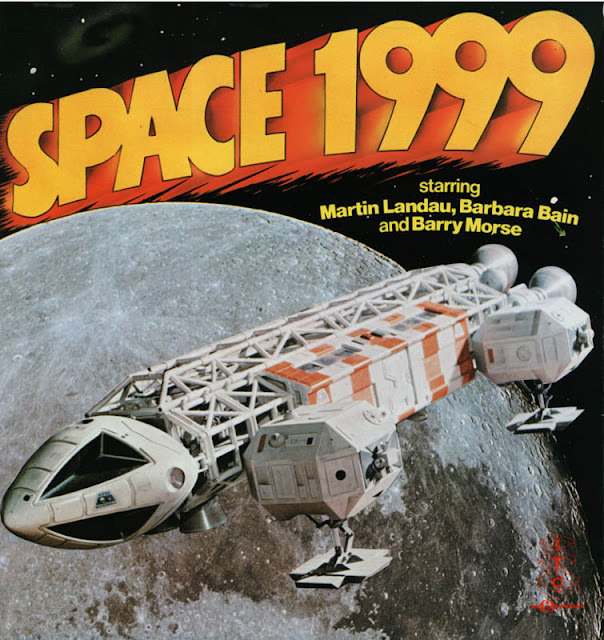 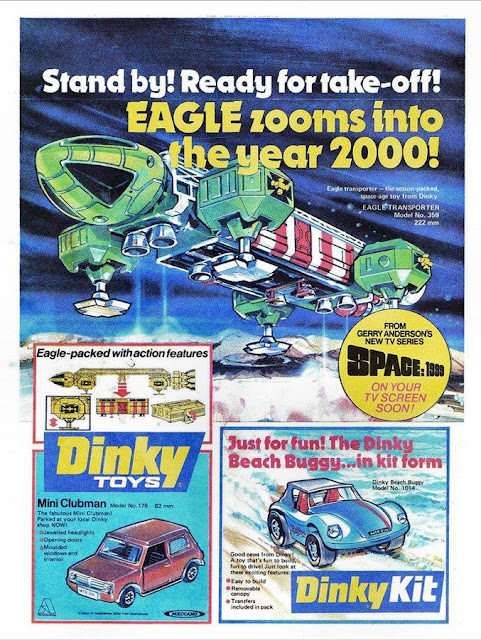 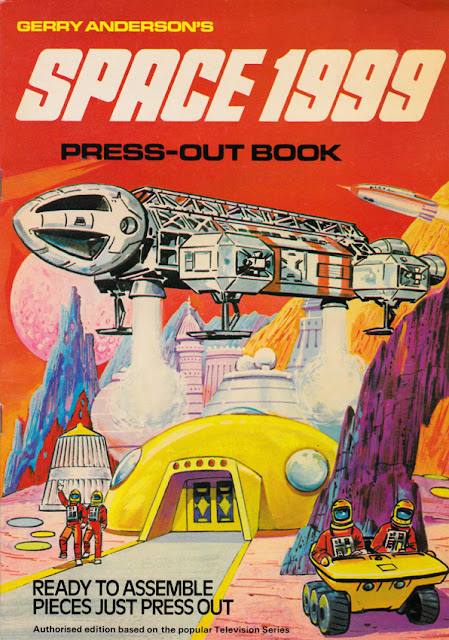 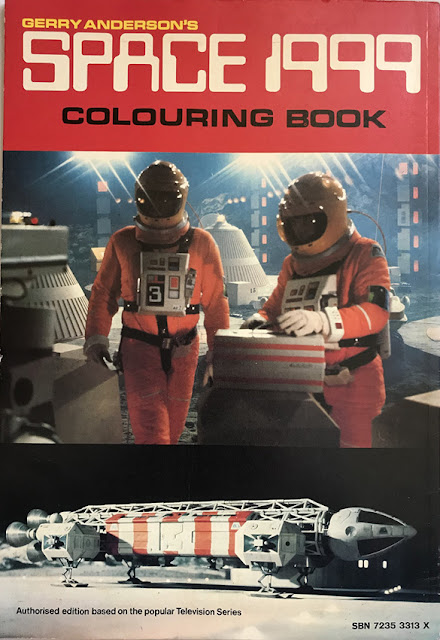 The photos I’ve taken show the Sixteen 12 prototype model which feature more accurate red stripes than their Product Enterprise version. For this prototype, Sixteen 12 has chosen to omit the red across the pod window frames, seen in the episode, Collision Course’. In Earthbound, the red stripes continue across the frames. As Sixteen 12 are keen to point out, this is the first prototype, and all should be resolved before production. 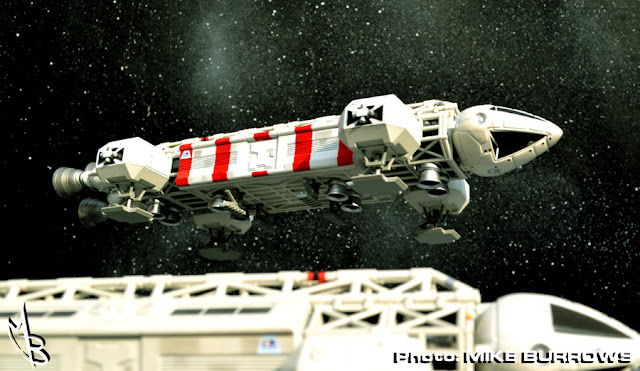 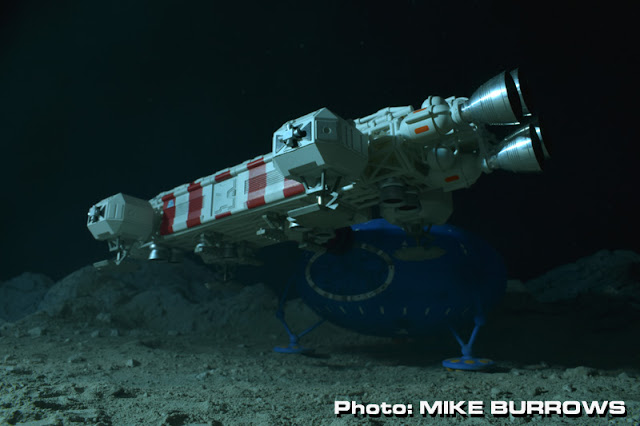 The second ship is an in-scale Kaldorian spacecraft, a strange looking vehicle, not unlike an exotic perfume bottle, and the first alien craft seen by the Alphans. 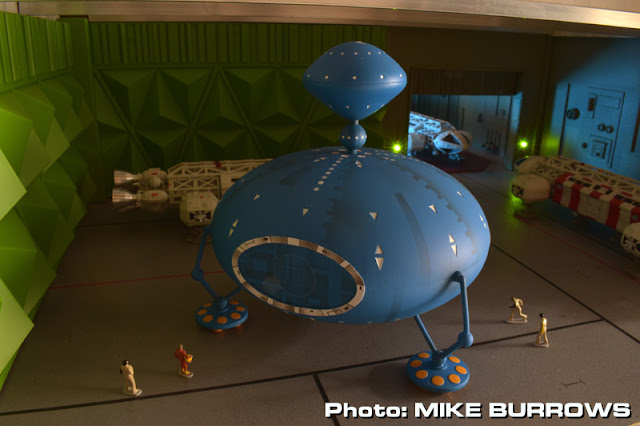 The series’ original props were built by Space Models. 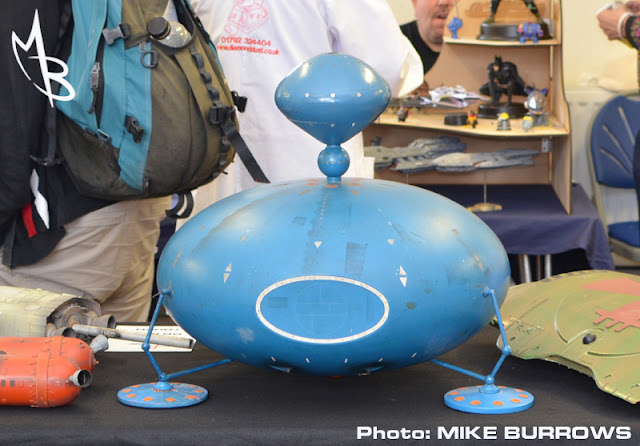 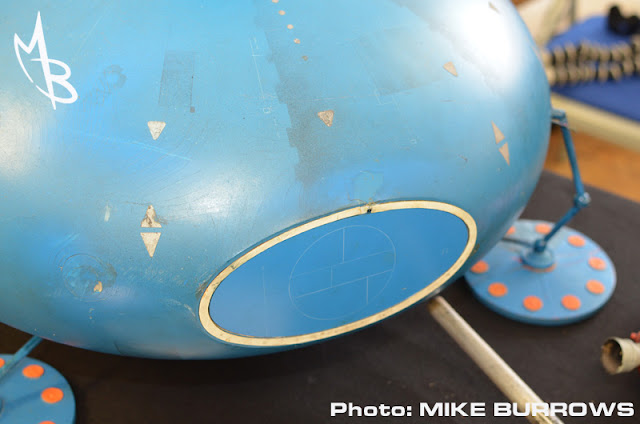 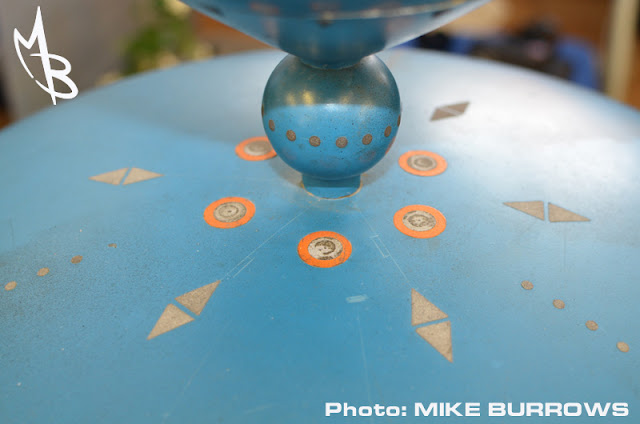 The set comes with a removable airlock tube which magnetically attaches to the pod door.  Although, we are given the impression that the airlock of the Kaldorian ship and the Eagle pod line- up, there is obviously a height difference between the two. Again, Sixteen 12 has plans to resolve this, possibly using a different Eagle display plinth. 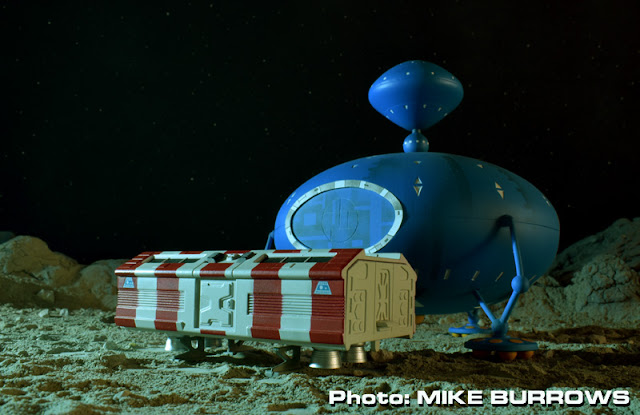 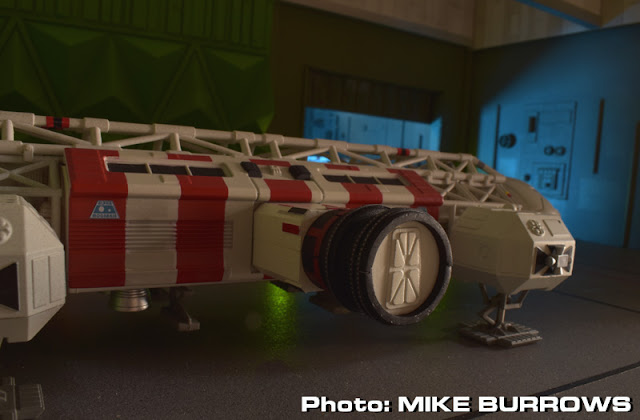 The set wouldn’t be complete with an in scale Moon Buggy. 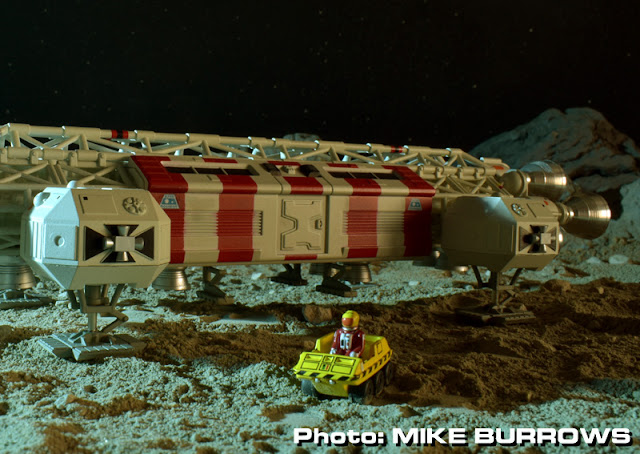 The set is limited to 1000 worldwide and once the early bird discount expires will retail for £230 + P.P. 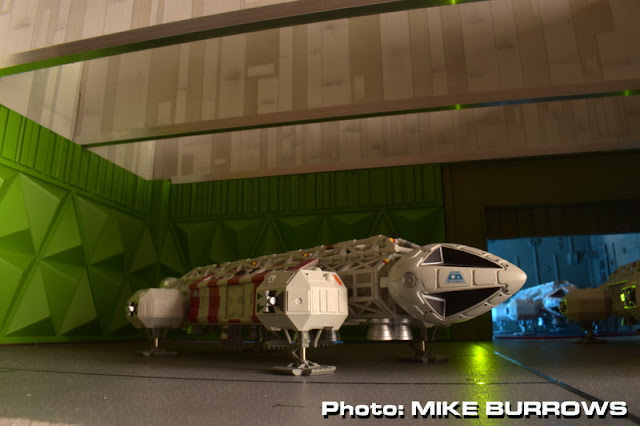 For anyone who wants to buy, reserve or simply requires more info here’s a link to the Sixteen 12 Collectables Earthbound page.
http://www.sixteen12.com/s1999_dc_earthbound.html