Great fun to make: one orange, one black. 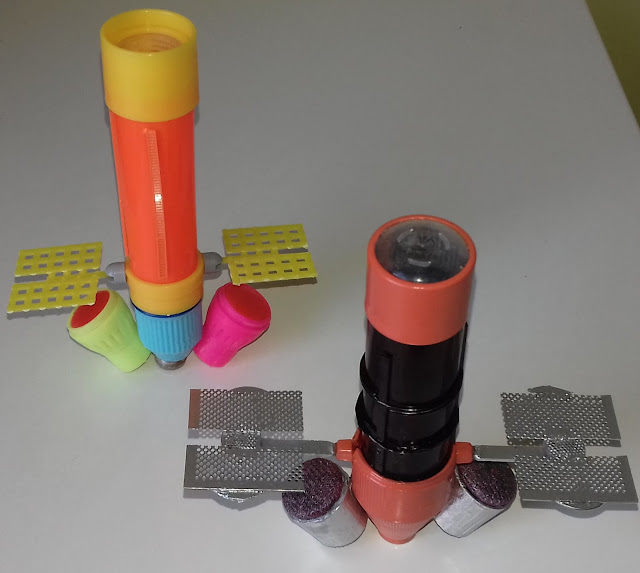 The orange one is more plasticy and toyey. The black one is more like the original Tri-ang toy. 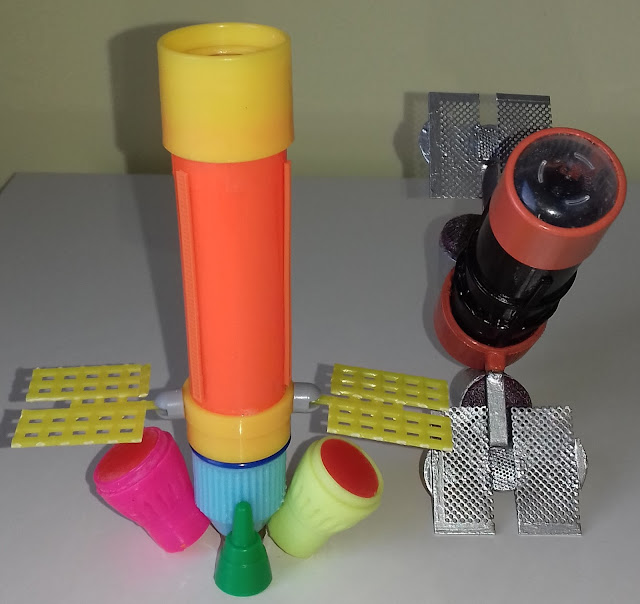 The left one is made from a toy telescope from a comic, the right one is part of a bike pump. Both have other bits stuck on too.

I couldn't create the telescopic sight effect of the original toy so I attempted other additions. 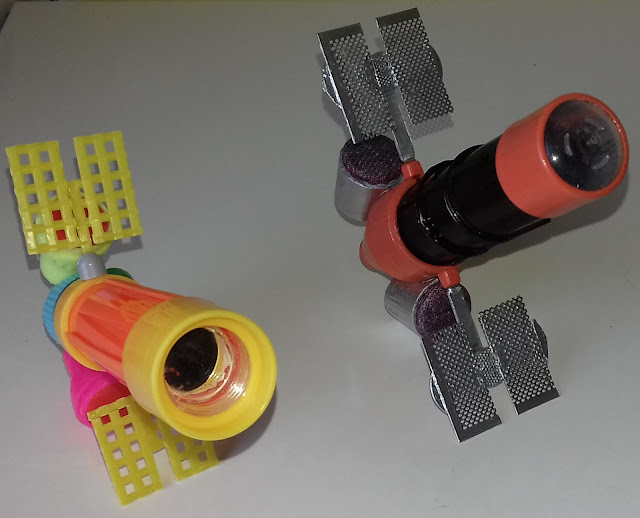 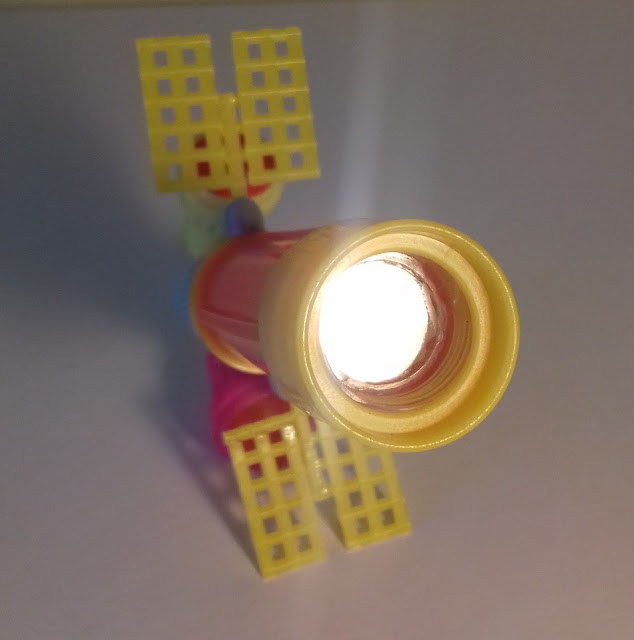 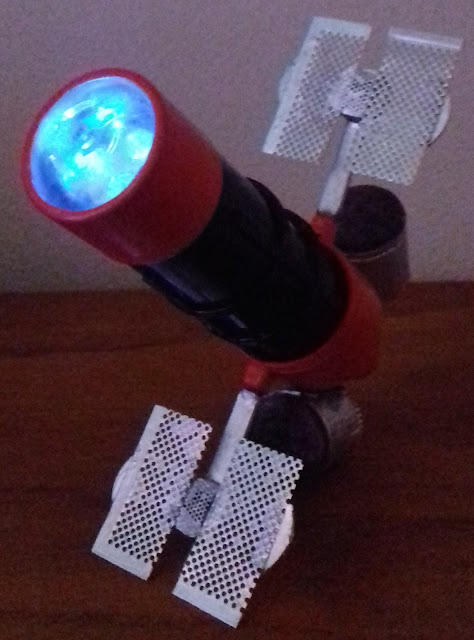 and an interchangeable glass mirror top too.

The hardest parts by far were the two silver solar panels, which I made from a dolls house fireguard plus some other parts. Not great but they'll do. 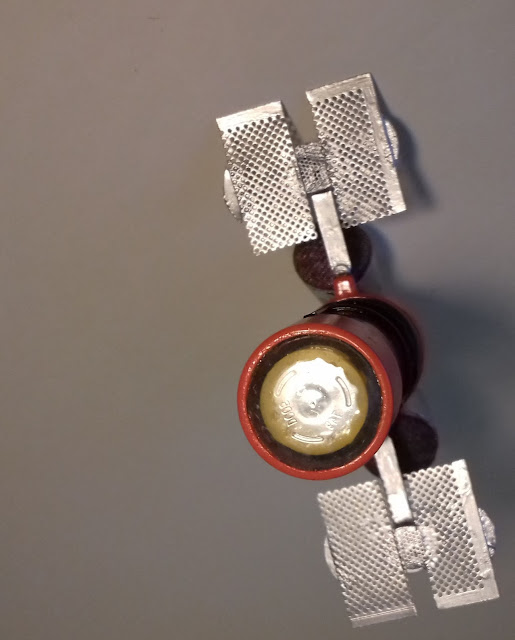 Now completed they were installed into the scratch fleet by Moonbase crew. 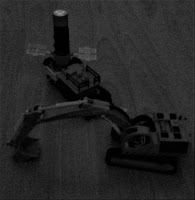 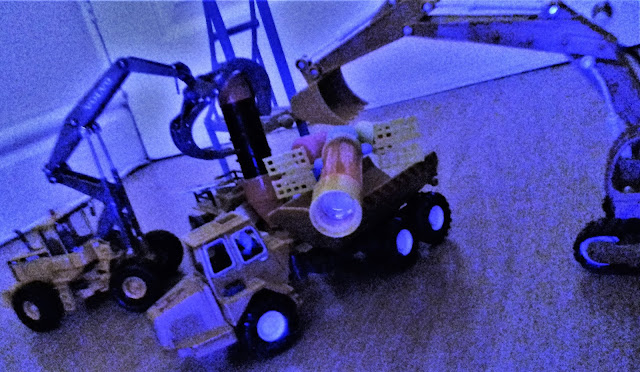 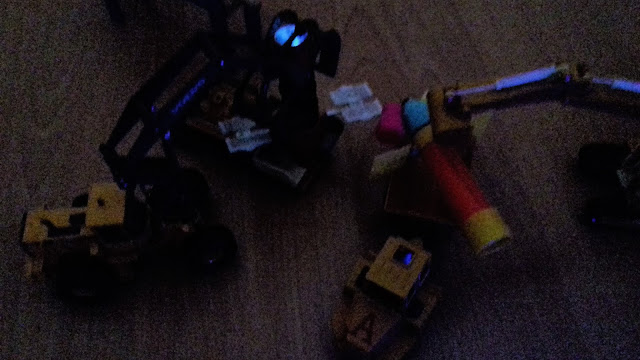 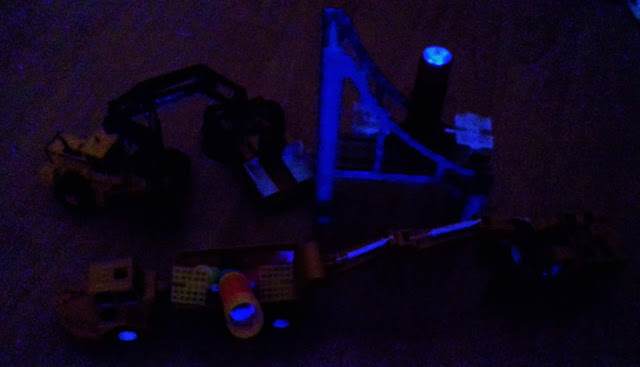 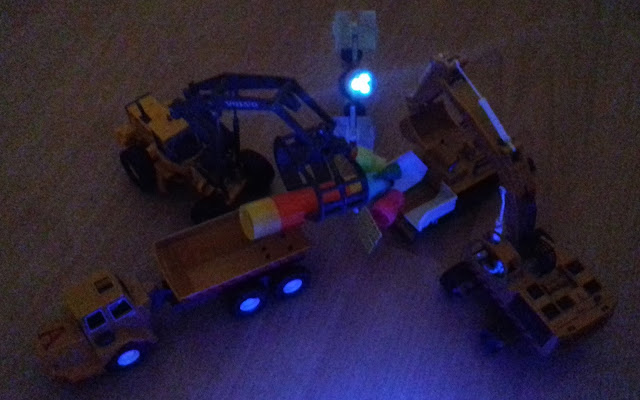 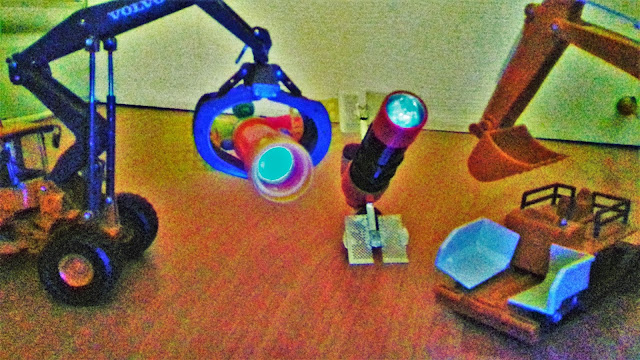 and eventually they made it into the cabinet! 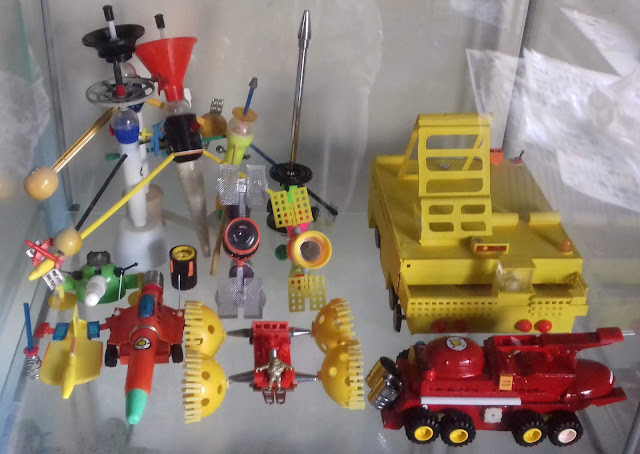