We've been to a few boot sales of late me and the Missus.

She likes to buy stuff for Moonbase Junior. I tend to buy more crap.

This was a new one on me, Gussie!

Its a really neat carded plastic aquarium frogman with his own stand. Classic! 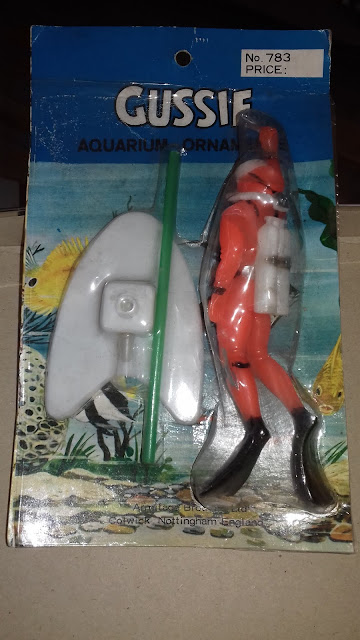 These mystery figs were in a sack of old figures I got.

Not sure about the green man but my Missus reckons the other fella has fallen out of a Black Forest barometer, you know, one of those little wooden weather shacks. 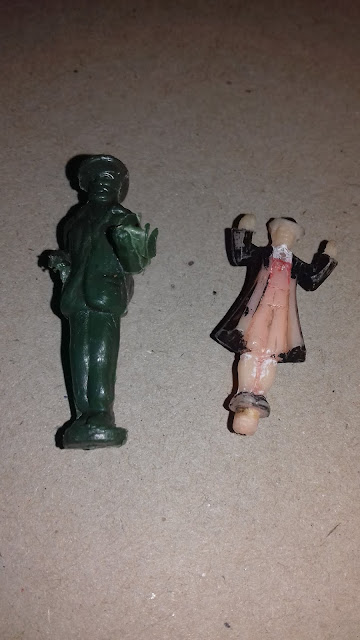 No idea who these old sea dogs are. Those two ladies look tied-up but they're actually hiding pirate pistols behind their backs! 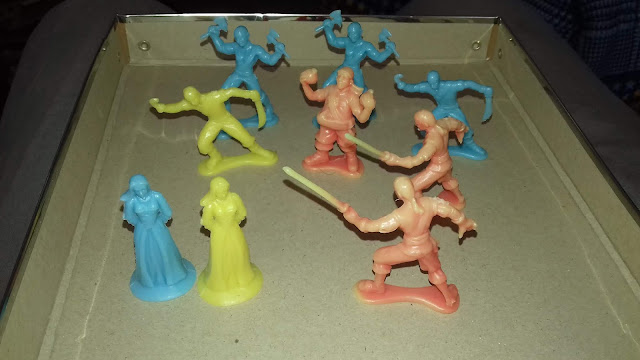 A few knockoff Action Man bits is always fun. Unsure about the other bits. You? [excuse the zipper!] 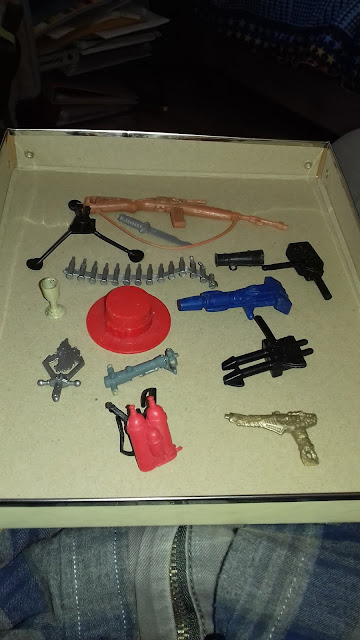 These have to be the ugliest toy figures I've ever seen. From 1982, I've no idea what they are. 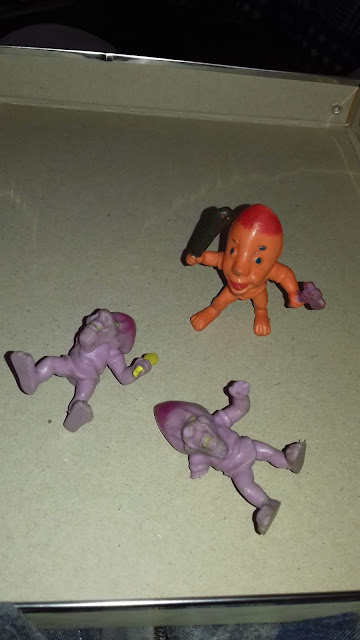 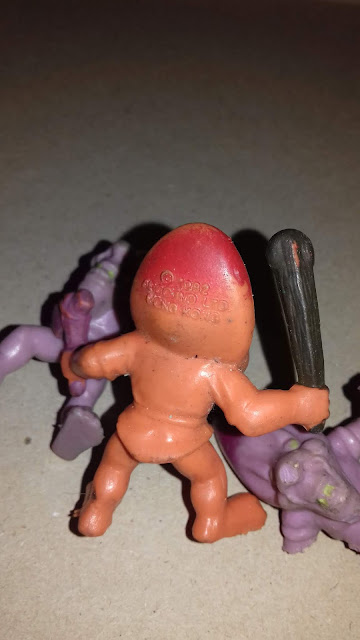 and finally a nice Chinese tinplate repro of a spaceship.
Anyone know the name? 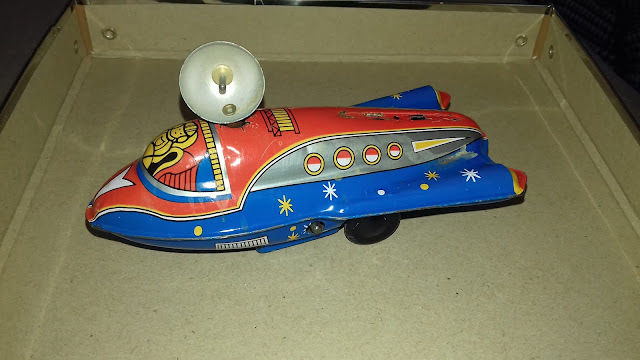 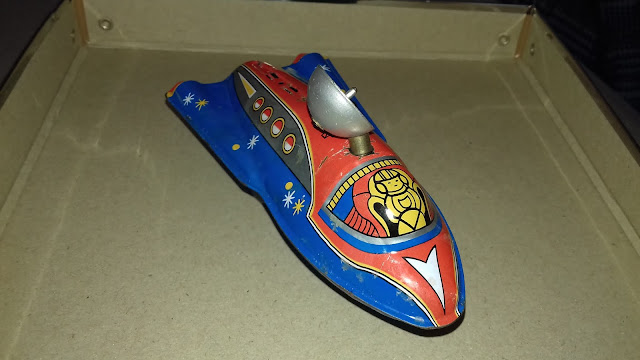 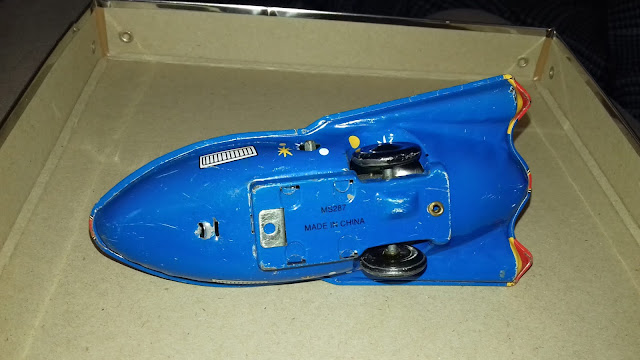