A LOOK AT SHADO CON 2

The second SHADO Con took place in Derby last Saturday, and by all accounts another resounding success for the organisers who worked hard putting the whole package together.

Chris Gibbings, pictured here with guest Suzanne Neve, was the chief organiser this time, taking over from last year’s incumbent, Steve Hardy. He opened proceedings by reading a letter from Barnaby Shaw, who though unable to attend wished the convention well. Barnaby played John Rutland in the episode, 'Question of Priorities'. 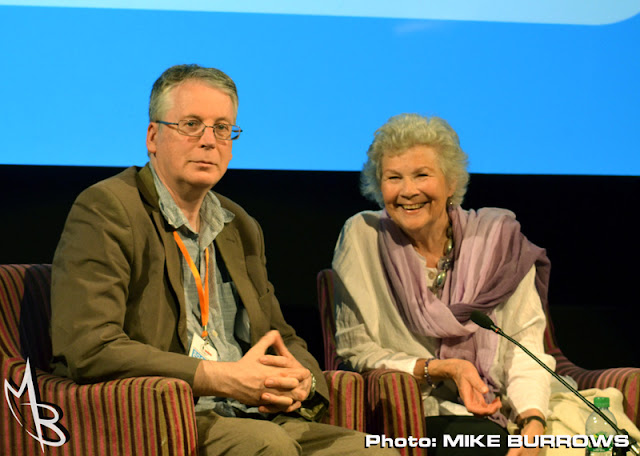 As a build up to the first two guests, director Alan Perry and actor David Sumner, there was a big screen showing of the UFO episode, Kill Straker. Although I’ve seen the episode many times, having it on DVD and Blu-Ray, it was still interesting to see it in big cinematic glory and check out minute detail on the sets. 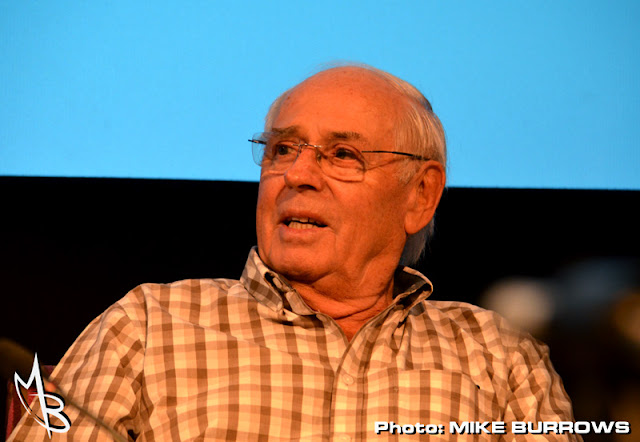 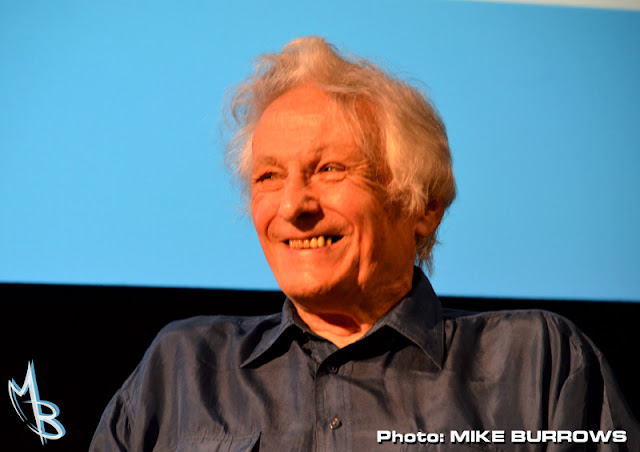 The interview followed with Alan and David chatting to interviewer, Chris Drake.  Alan talked about his time working for AP Films, Century 21, and the ‘Kill Straker’ episode. David, who played Captain Craig had no recollection of appearing in UFO.  It was understandable, as he pointed out it was nearly fifty years ago. However he did go on to talk about other aspects of his career. 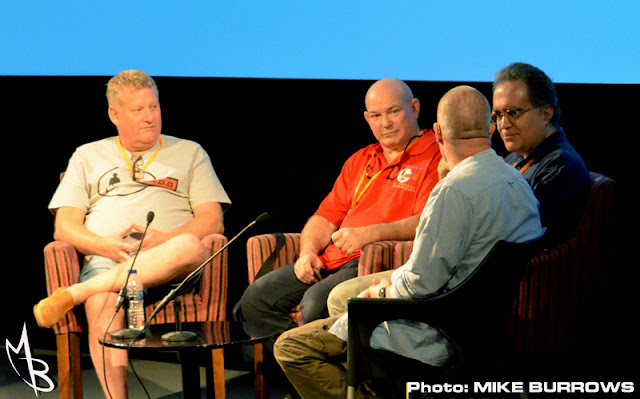 Next up, interviewer Steve Hardy chatted to James Winch, the owner and restorer of the Shado Jeep, and, from the Italian UFO fan club, Paolo Malaguti along with a fellow member, also named Paolo. 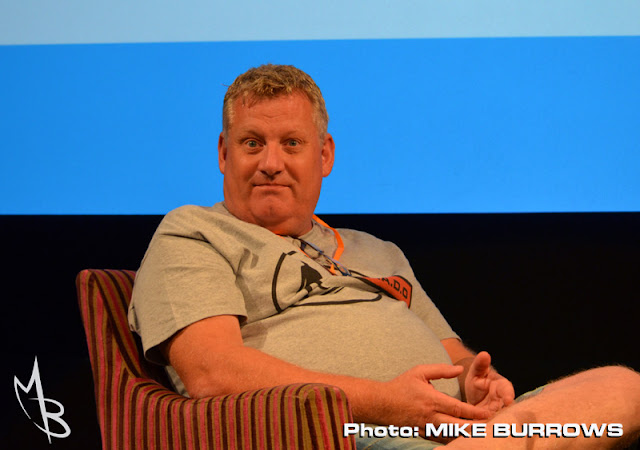 Although, James admitted later it wasn’t totally comfortable doing it, it was fine and very informative. James explained how he’d chanced upon finding the jeep, through a friend who’d spotted it on a Mini enthusiasts’ website. Acting swiftly, as it was due to be crushed; he travelled over to the island of Gran Canaria, and with the help of another friend on the Island, managed to get the Jeep home. 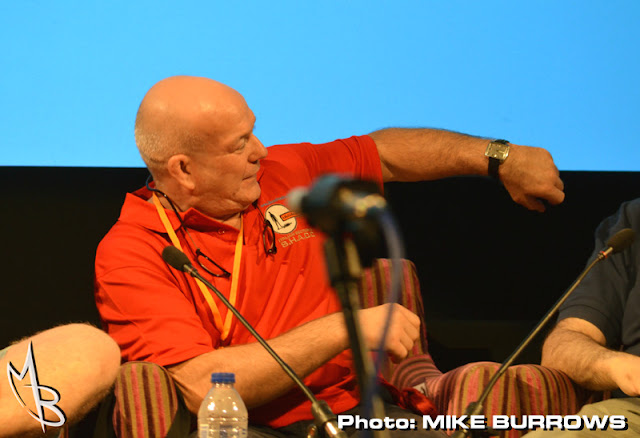 Paolo, who also owns the other surviving jeep,( although his isn’t road worthy), talked about the watch he was wearing, which had been loaned to him from the family of the late Ed Bishop.
It had been given to Ed as a thank you from Gerry and Sylvia Anderson once the filming of UFO was completed. 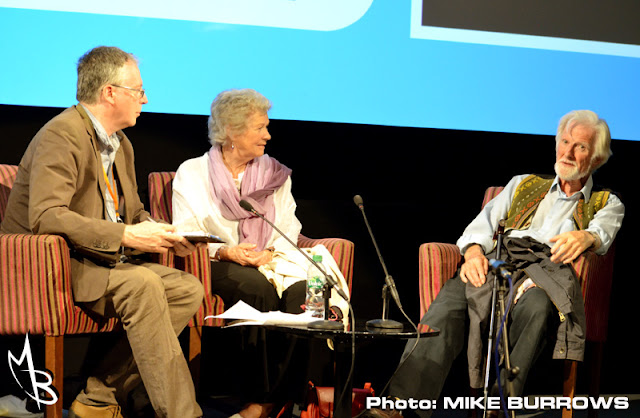 Following a big screen showing of the episode, ‘Confetti Check A-OK’, Chris Gibbings introduced Suzanne Neve, along with her husband, classic Doctor Who director, Richard Martin. During the interview Chris read out another letter, this time from Barnaby Shaw, who had played John Rutland, the ill-fated child of the Strakers’ in ‘Question of Priorities’. In the letter Barnaby recalled his time working on UFO, and working with his screen mum. He also recalled his disappointment at being killed off fairly sharpish in the story too, as being a youngster at the time he was a big fan of Gerry Anderson. 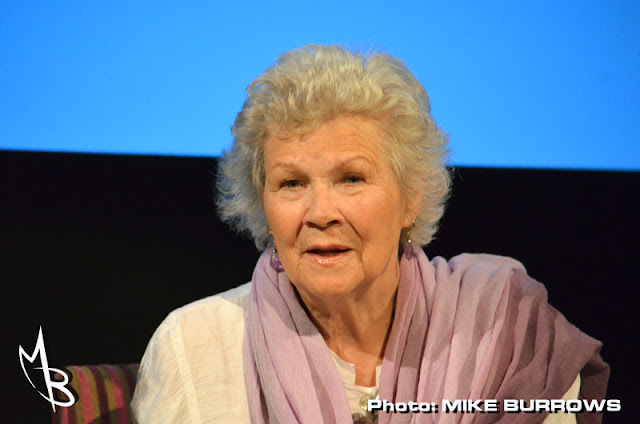 Suzanne talked about her career, in particular ‘The Forsyte Saga’, which although lavish in its production was filmed in black & white. 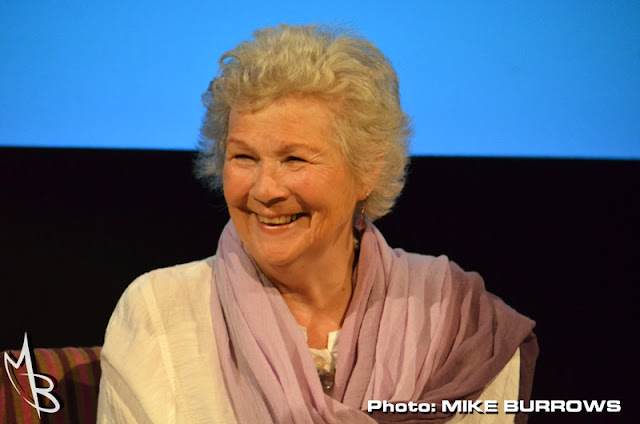 She and Richard also talked about the cult Nigel Kneale penned ‘ The Year of the Sex Olympics’, which, although filmed in 1968 anticipated the craze for some for reality television. She also talked about the war film, Mosquito Squadron which starred David McCallum who’d ticked off director, Boris Sagal after he’d criticised Suzanne in that when she smiled you couldn’t see her eyes. 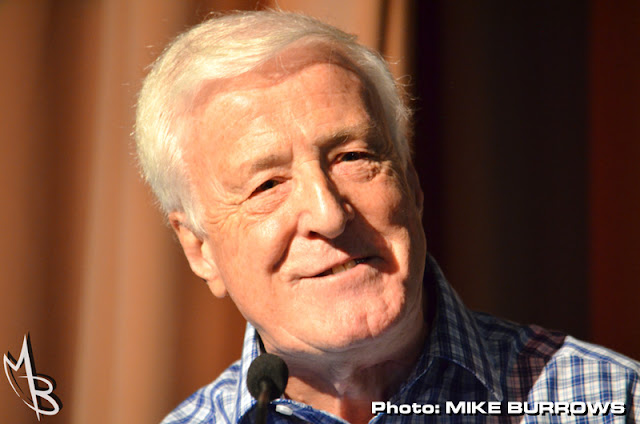 Next up was a special illustrated talk from Century 21 model maker, Alan Shubrook on the special effects used in UFO. 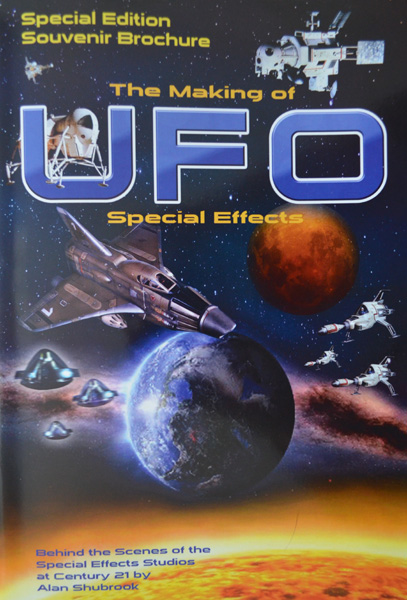 In the dealers room Alan was also selling an exclusive booklet to accompany his talk.

Following Alan,  Ayshea Brough took to the stage to be interviewed by Luke Harrison. 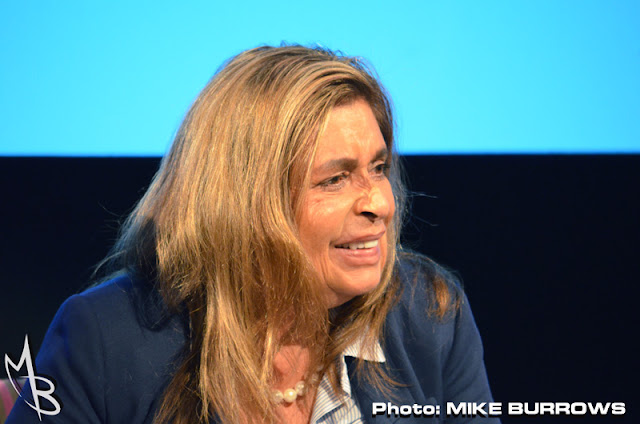 Ayshea, who also attended last years’ Shado Con talked about her life after UFO, and about moving to Los Angeles, marrying the CBS president, Michael I Levy and becoming an interior designer.  Following her divorce, she returned to the UK in 2000 to look after her mother, Rose. 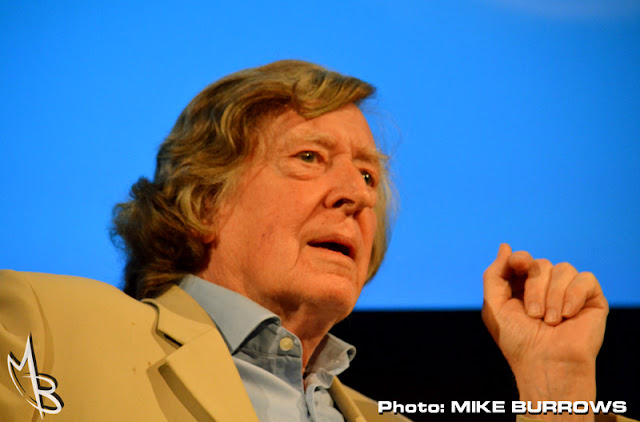 Next was a big screen showing of ‘The Psychobombs’ which heralded an interview with actor, David Collings, who played one of The Psychobombs. Like David Sumner previously he had very little recollection of UFO, but that didn’t detract from another interesting talk about his career. He mentioned working with Max Adrian in Ken Russell’s Song of Summer, a TV film about the final years of English composer, Frederick Delius. He also mentioned Scrooge which starred Albert Finney and Alec Guinness.  Suzanne Neve also appeared as Isabel in this version of A Christmas Carol. 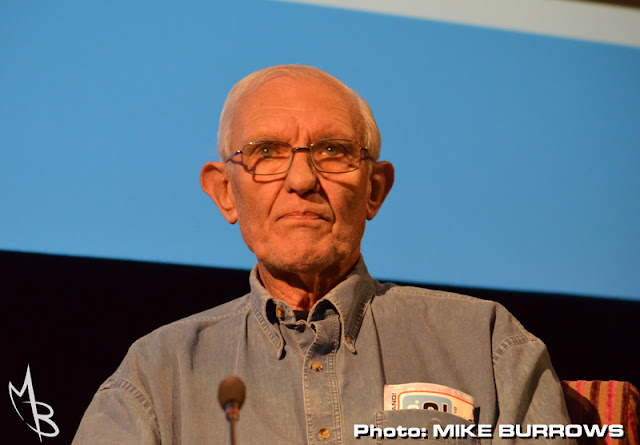 The final guest of the day was Alan Harris who appeared in several episodes of UFO, as well as a brief scene in ‘Doppelganger’. Most of Alan’s work is behind the scenes.  Anyone who remembers the titles to the BBC TV version of ‘The Hitchhiker’s Guide to The Galaxy’, Alan is the bloke dressed as a spaceman who flies through the letter ‘O’.

The day was rounded off with a big screen showing of the feature film, ‘Doppelganger’, well, the alternative UK titles really. As that version of the film hasn’t been cleaned up and is pretty grainy, once the titles were over the film started again with a much better print of the more familiar US version, ‘Journey to the Far Side of The Sun’. 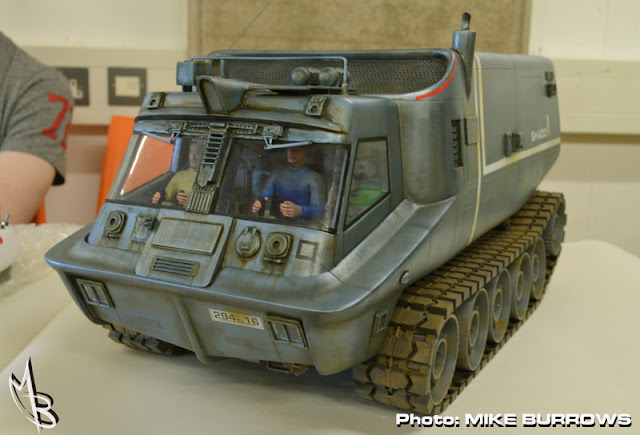 There were also the usual autograph sessions,  photo opportunities ,dealers room and some excellent  models in the model exhibition which this time featured some original props from UFO, thanks to James and Paolo. 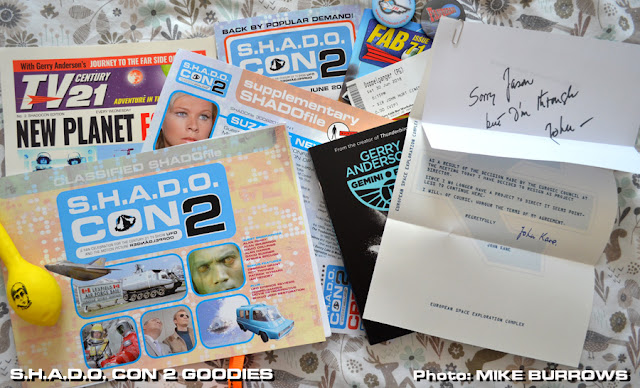 One final thing well worth mentioning is the excellent very well produced contents of the convention goodie bag. Fanderson provided a free teaser issue of the club magazine, FAB, and Anderson Entertainment provided a Gemini Force paperback.  There’s a glossy SHADO Con souvenir Convention booklet with bio’s on the guests, including an added supplement for last minute guest addition Suzanne Neve, nice touch that. A fake TV21 cover featuring the discovery of a new planet. The reverse is an advert for cigars as smoked by Jason Webb. There’s also a nice facsimile of John Kane’s resignation letter on Eurosec notepaper which even has the separate handwritten part attached by paper clip - brilliant stuff and great for the Anderson collector.

Straker would definitely approve- Well done to all.