FOCUS ON SOME ALIEN MICRO MACHINES.

Here's a few photos of three of the Galoob Alien Micro Machines.which were given to my son, Dan by blog friend Will Schwartz. Unfortunately Gilbert Kane, played by the late John Hurt isn't amongst them.

The first from set 1, is the ill-fated Nostromo Ship, the commercial towing vehicle, that is destroyed in an attempt to klll the alien Xenomorph that got loose in the ship. 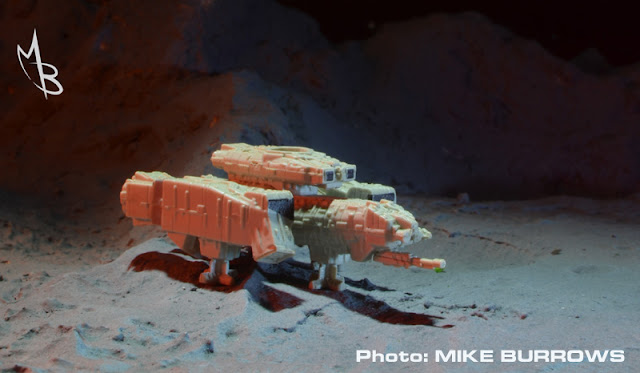 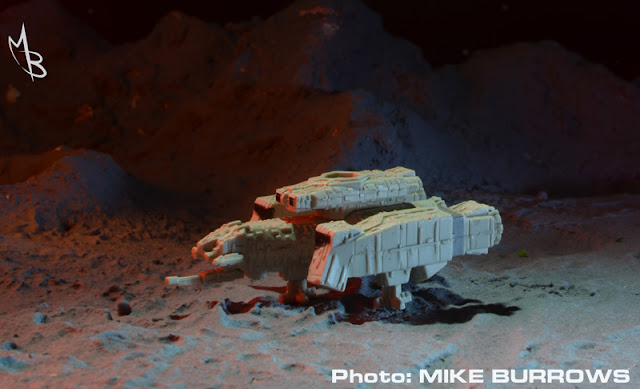 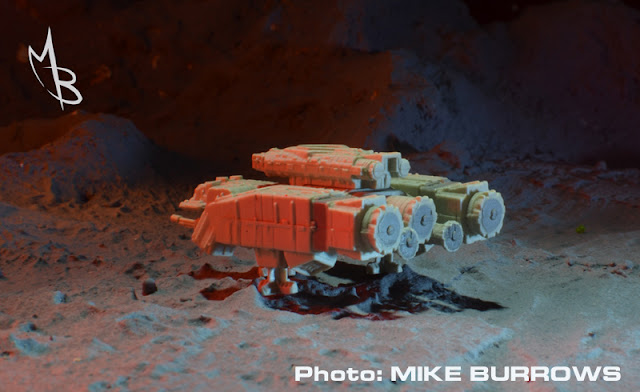 The second three photos, again from set 1 is the escape shuttle Narcissus, which crew survivor Ripley, played by Sigourney Weaver uses to leave the doomed Nostromo, only to find that the alien has managed to get on board. 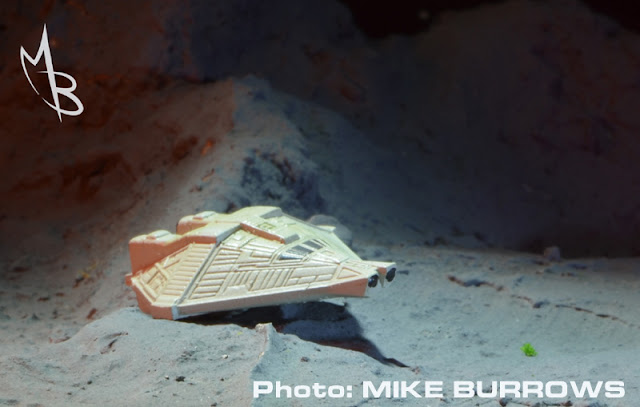 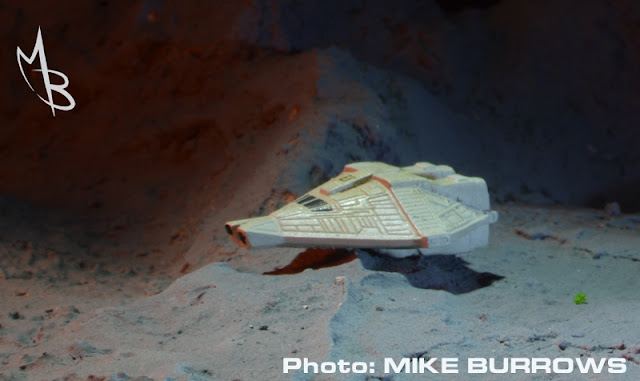 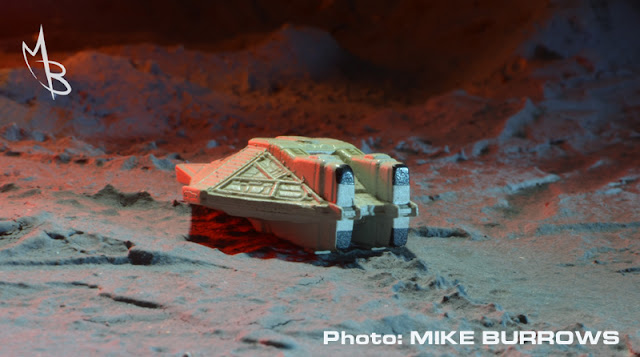 Finally, the Derelict Ship from set 3. The derelict's cargo hold contains thousands of alien eggs. Nostromo crewman Gilbert Kane (John Hurt) disturbs one of the eggs and becomes a victim to an alien facehugger. 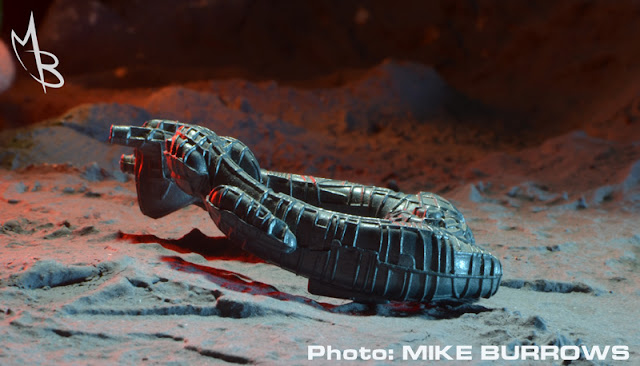 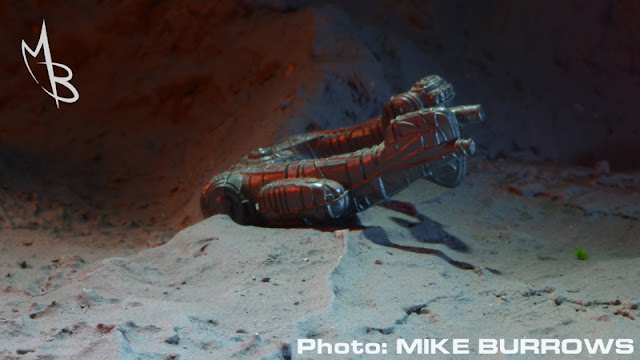 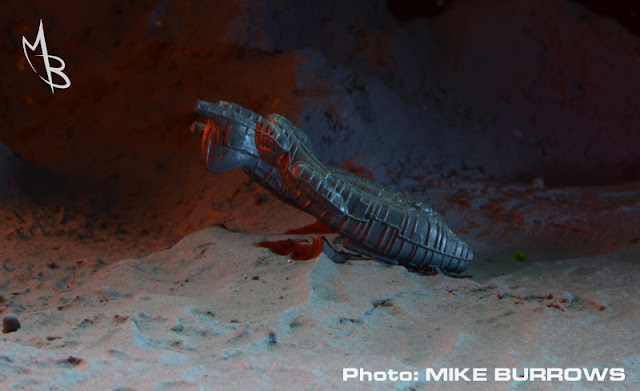