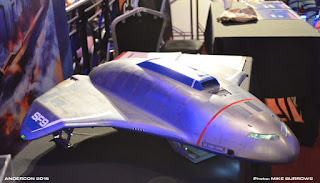 This impressive model of the Tornado from Firestorm was on display at Andercon and was built by Hilton Fitzsimmonds and Darrell Simmonds. 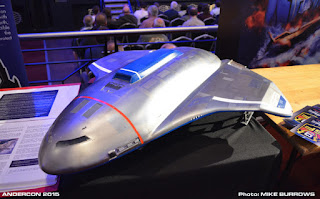 The model appears to be based on the original Firestorm design that was seen in the 2003 Japanese anime series co- created by Gerry Anderson and John Needham, his then business partner. 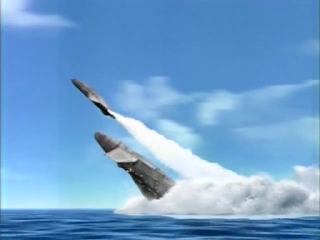 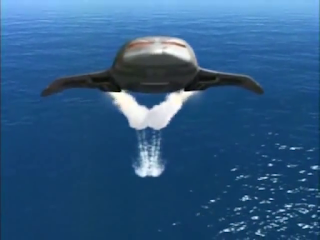 In the series, the Tornado is launched from the Storm Force submarine, Ocean Storm in a similar way to the launch of Terrahawk from the Battletank in Terrahawks. 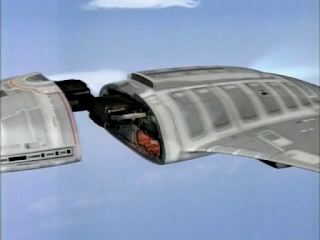 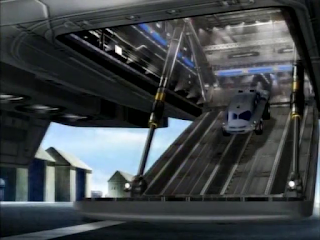 The Tornado, which is remenisant of Thunderbird 2 carries other vehicles including  Thunderbolt Fighter Aircraft and a Combatcruiser armoured van , which reminds me of a Spectrum Maximum Security Vehicle. 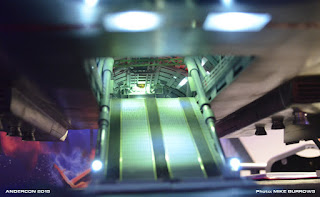 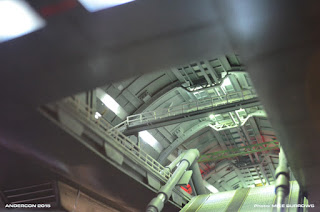 This excellent model is really well detailed with the interior fully lit and kitted out. 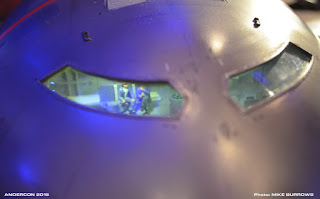 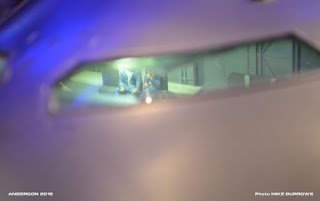 The crew can be seen in the lit cockpit. 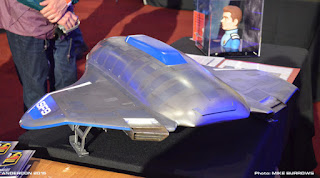 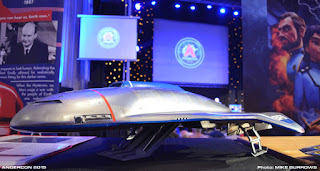 Can't wait to see their rendition of the Ocean Storm.
Posted by SCOOP at 06:00