As I got my Dinky SPV fleet out for a clean yesterday morning, I thought , although I’ve covered the model  on the blog way back in 2012, I reckon I’d re- familiarise myself with some of the more obvious differences between the various factory releases. 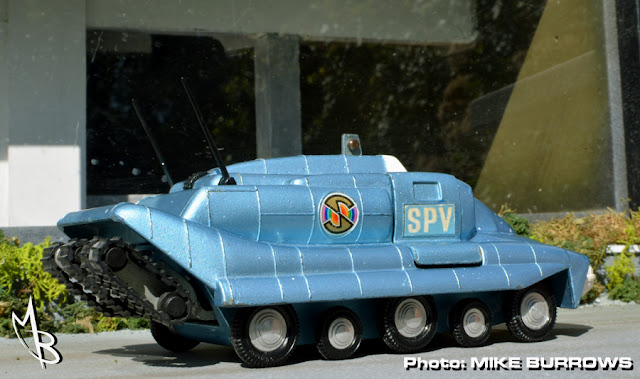 The first version was released in 1968, and production continued on the SPV model until 1976. 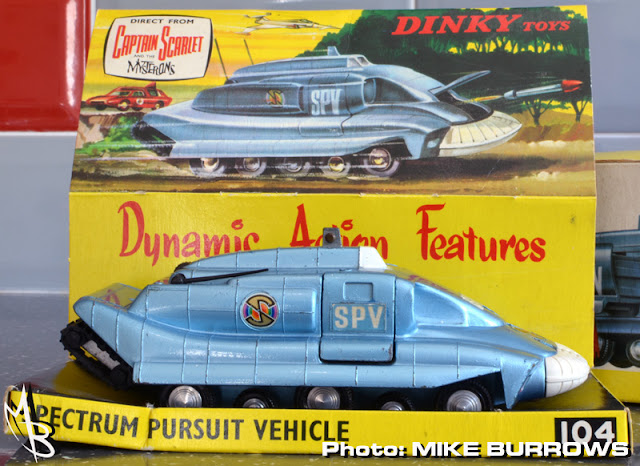 This first version is easily recognisable as having the riveted ‘fin’ on top, used as a button to release the slide-out side door, which features Captain Scarlet on a drop down seat. 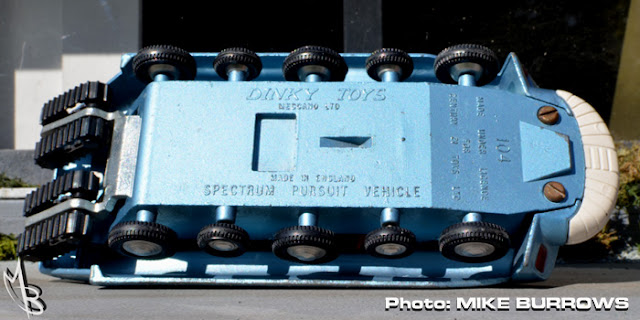 The wheels have spun hubs, and the blue base has the words, ‘Made under licence for Century 21 Toys Ltd. 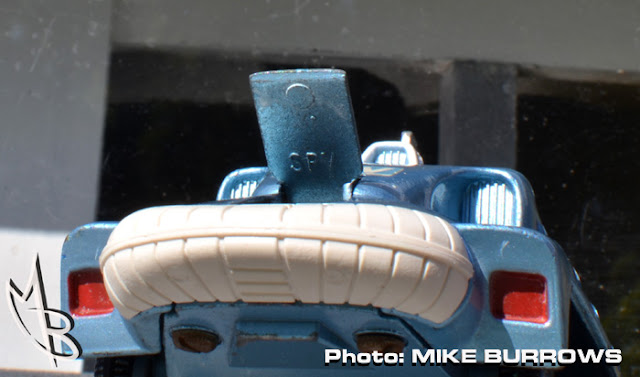 A couple of other less obvious aspects are the Spectrum roundels are proper detailed decals, and the underside of the missile hatch has only the raised letters‘ SPV’ on it. 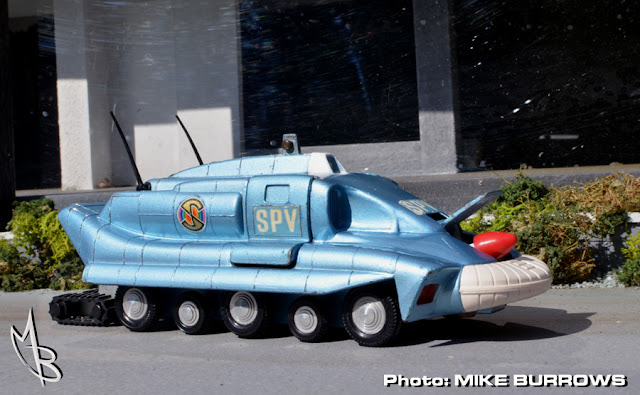 The other general features are the flip down rear caterpillar tracks, flip up aerials, and the front firing missile, which for the first five variations has a red tip and white shaft. Remember kids- don't point the missile at people! 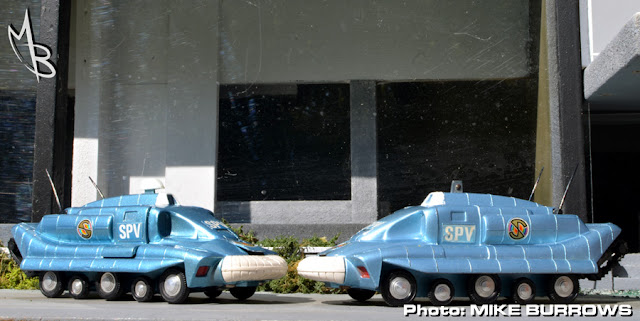 The second version is fairly similar although the most obvious difference is the top ‘fin’ button is replaced with a white soft plastic cover. Presumably, kids were hurting their little fingers on the previous riveted one. 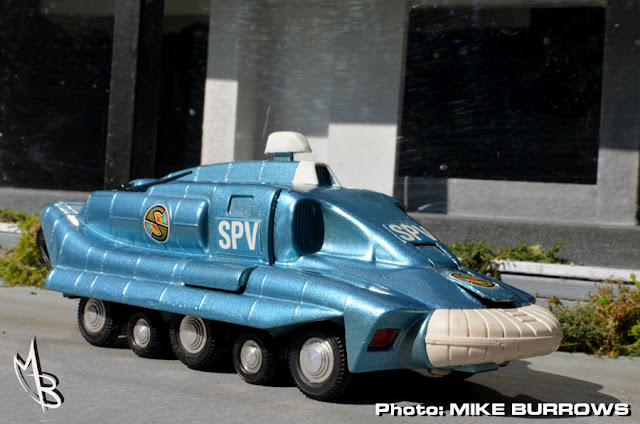 The wheels  and the base are the same. Captain Scarlet is still in his drop down seat and Dinky are still using proper decal roundels. One small difference is the underside of the missile hatch still has the letters ‘SPV’, but now has the addition of two strengthening lines either side. This would continue for the rest of the production. My photo shows the later seventh version of the SPV with it's black bumper.

The third version is pretty much the same apart from a matt black base still with the Century 21 inscription.

The forth version reverts back to a blue base, but now has mixture of large spun hubs and small cast hubs.  Some have sticker roundels instead of decals. 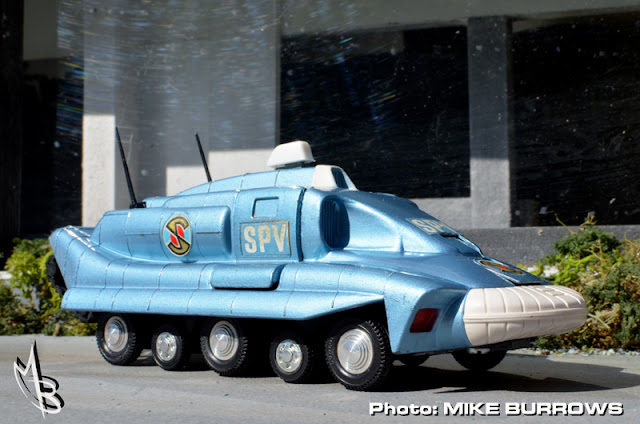 Moving on to my fifth version which has a black gloss base, and like the previous incarnations still retains the Century 21 licence inscription. 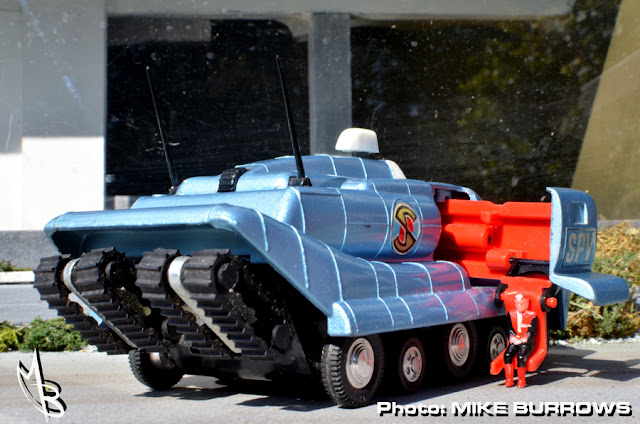 Like the forth version the wheels are a mixture of large spun hubs and small cast hubs.
The roundels are stickers. 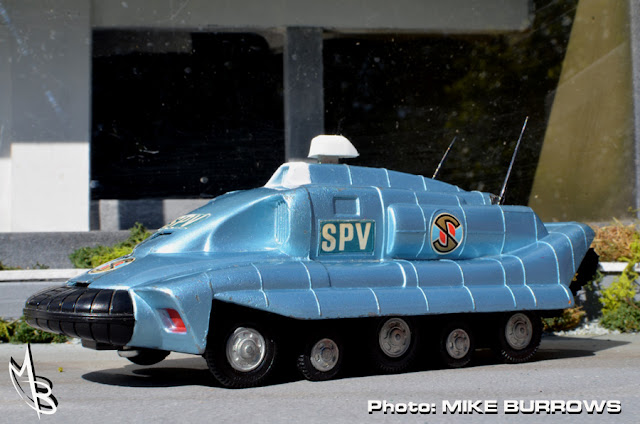 In 1973, Dinky continued production with their sixth and final seventh versions, however there were a few changes, most notable a black bumper. 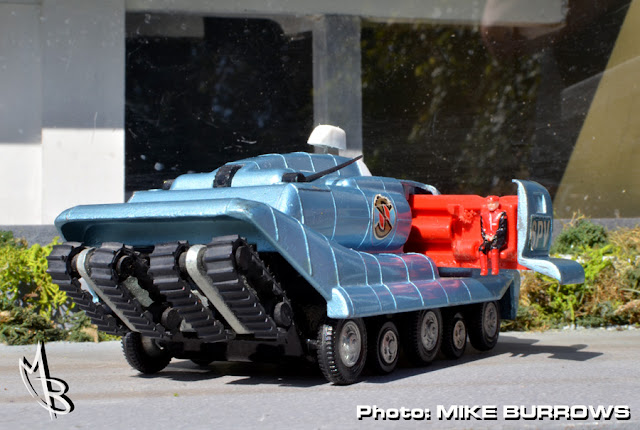 The slide out door no longer has a drop down Captain Scarlet. 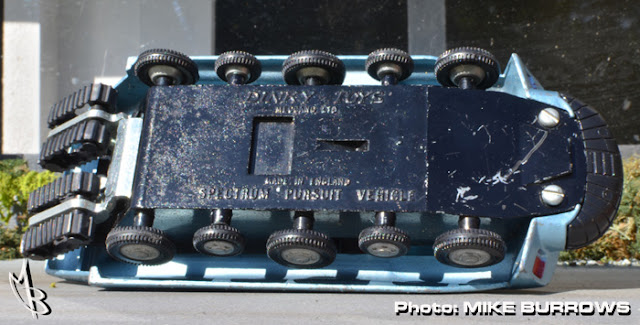 The base  doesn’t carry the Century 21 licence.  By 1973 the original Century 21 toys Ltd would have ceased, and ATV would have begun issuing licences. All the wheel hubs were now cast.and the rocket is black rubber with yellow shaft. 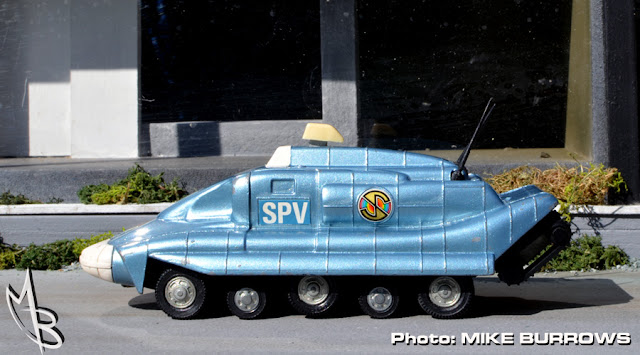 I'm a little puzzled by this example. It might possibly be a variation on the sixth version  from1973, but might have retained an original white bumper,( or it's possible it's been changed by someone at some point in its history. The problem with Dinky toys is it's very easy to change things). 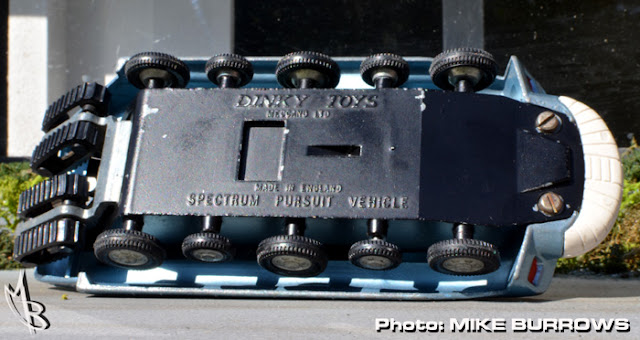 It has a matt black base, rather than blue with no Century 21 licence. It has cast wheels, a fixed seat, and stickers. 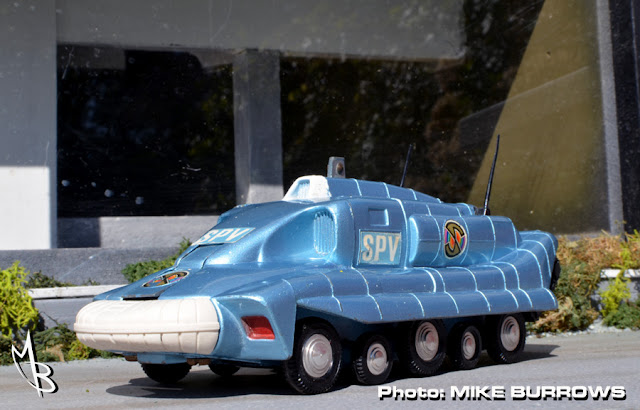 So, there you have it, a simple breakdown of each of the seven versions. I'm sure some of you armchair experts will point out something I've missed, which is fine of course, as this is just a generalisation . But whatever version, they're all excellent and robust models and still a popular die-cast collectable. 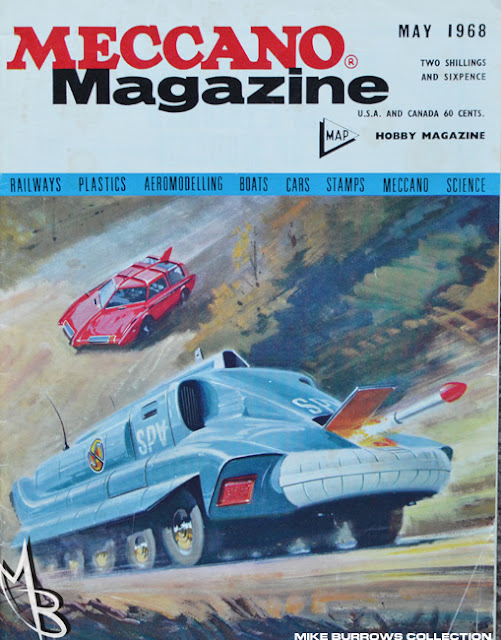 Here's the cover art of Meccano Magazine from May, 1968, painted by Laurie Bagley. 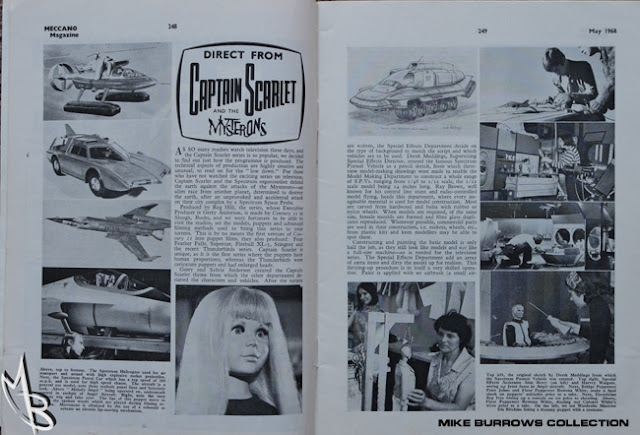 Inside is an article on the Century 21 Studio, and people who work on Captain Scarlet. There's even a cameo of Candy from Candy & Andy. There's also a feature on the  Dinky Spectrum Patrol Car and  Maximum Security Vehicle following the success of the SPV, which had it's release earlier in that year. 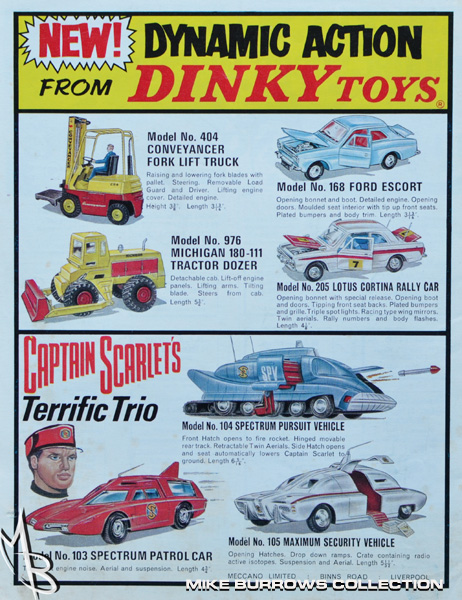