Nice to see Woodsy give a mention to the B1 Bathyscaphe which appeared in the Stingray episode, The Golden Sea. 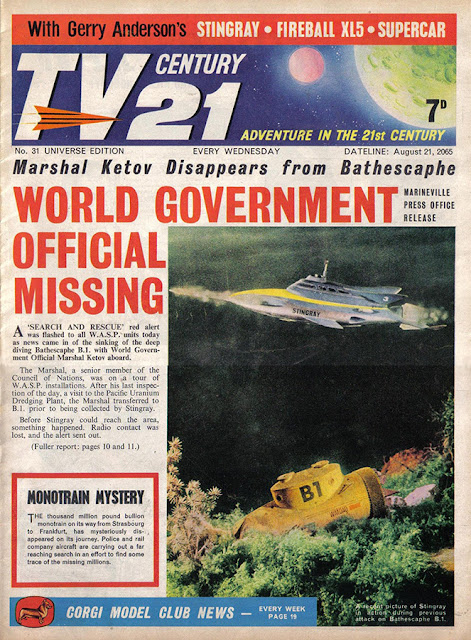 Although this small yellow submersible only appeared in that one episode it did feature a few times in TV Century 21. 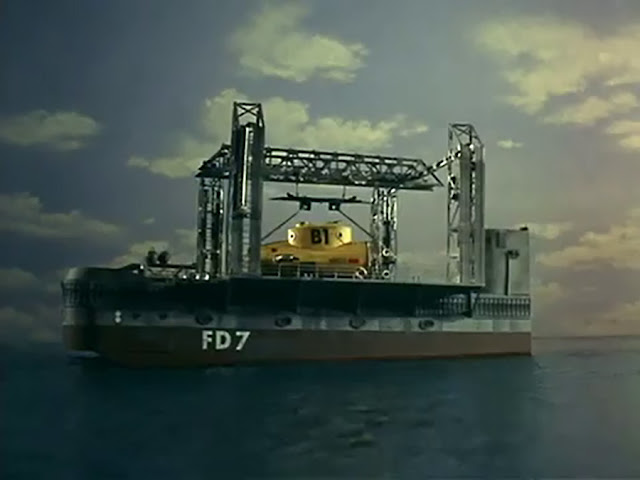 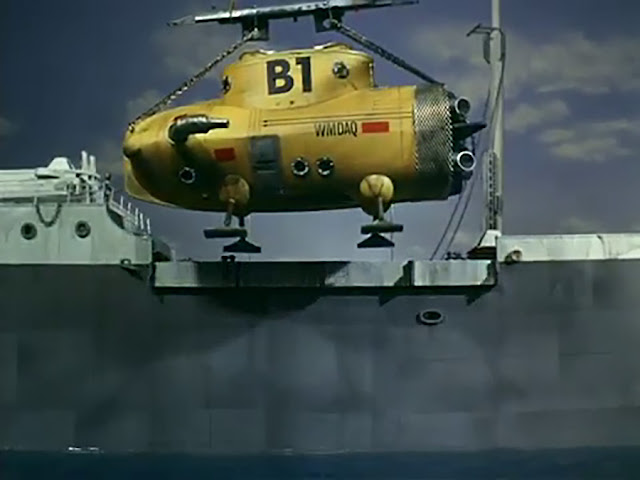 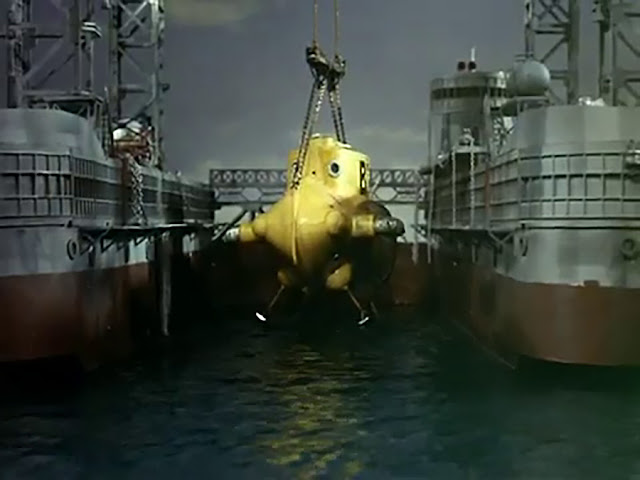 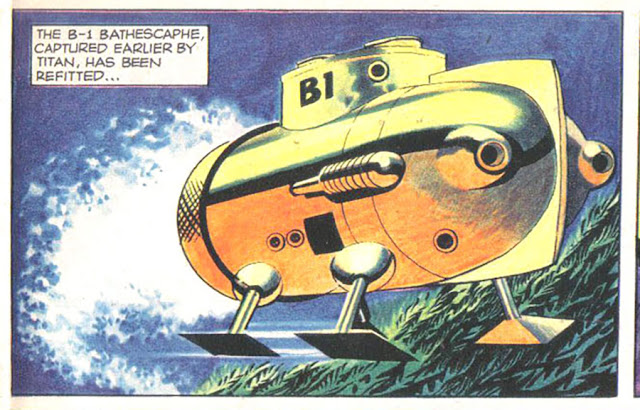 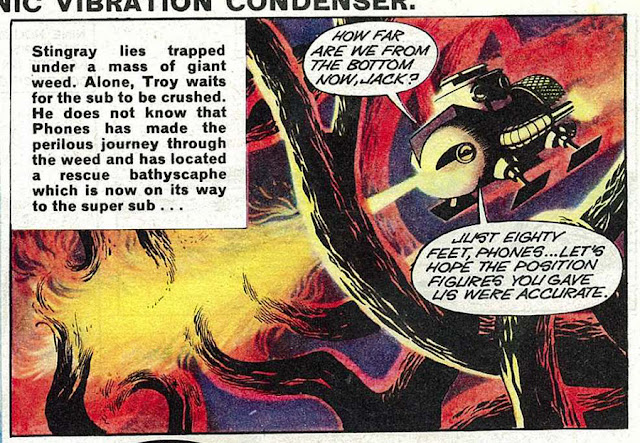 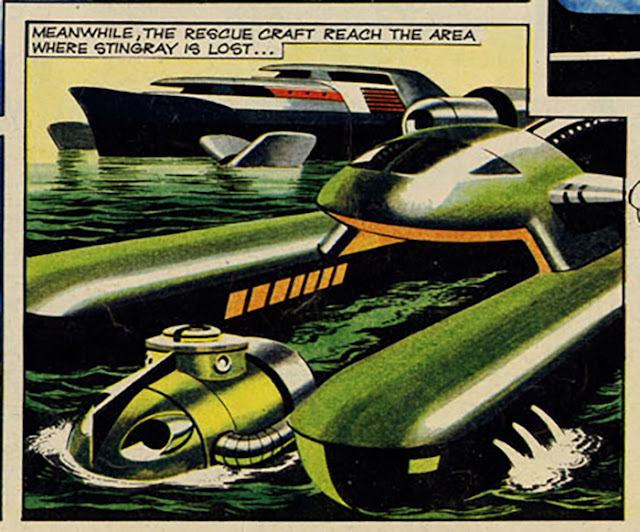 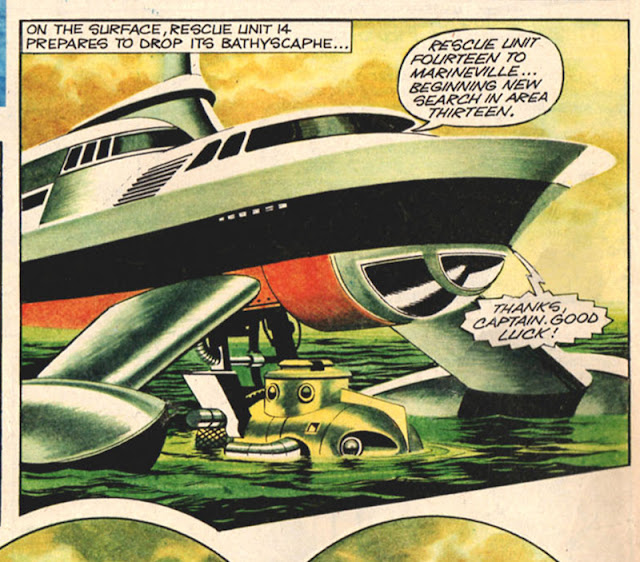 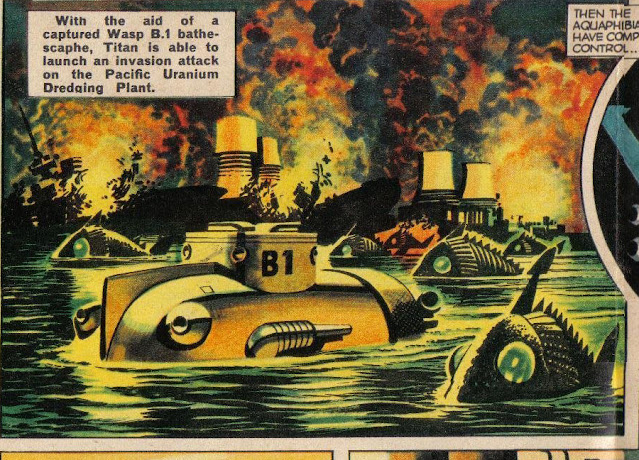 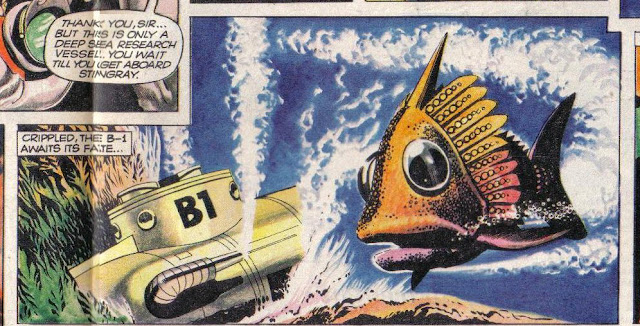 Note the error in the spelling of bathyscaphe on the cover of TV Century 21 and in some panels.