My set of  painted 6" Man from UNCLE Marx figures.  This is how I received them a long while back and the paint job and lacquer on them has been done to a very high standard. 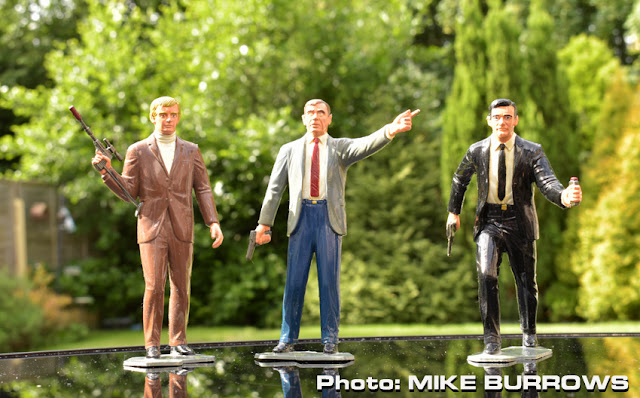 The pose, fine detailing and likenesses are pretty good considering these would have been cheaply sold in corner shops or dime stores back in the day. 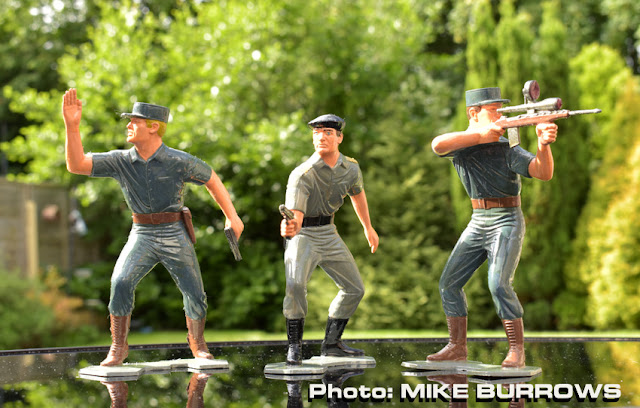 Figures like these first appeared in 1966, and were just  plain  plastic like the two unpainted examples I have of Solo and Thrush Agent No.1. I'm fairly sure there was no proper packaging, not even a tag. The base of the official UNCLE figures have the UNCLE logo and the character name stamped into the plastic along with the copyright date(1966) and MGM Inc. I've not discovered what the original plastic colours would have been. It's highly likely that my two plain examples are recasts from Mexico using the original moulds, which appear to use a variety of different coloured plastic, but apart from that there's absolutely no difference between those and the originals. 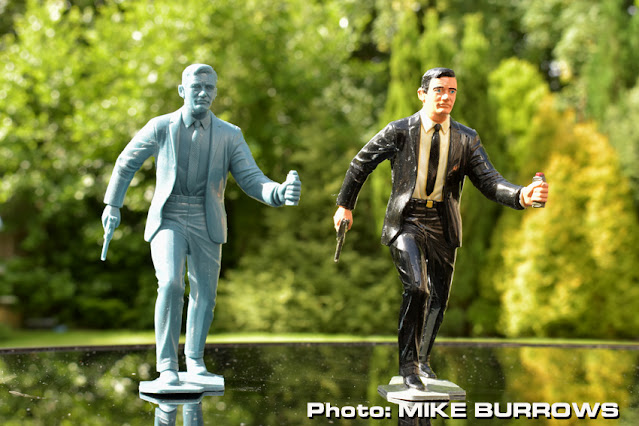 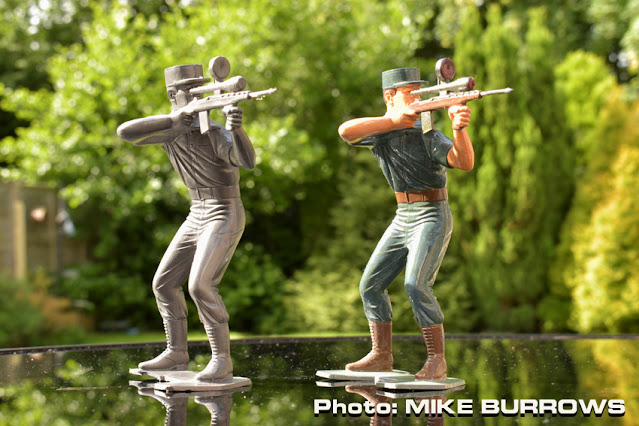 Anecdotally, I've heard unconfirmed reports that Illya was originally a flat grey, and Napoleon was a light blue. All the bases of my painted ones look to be a flat grey. 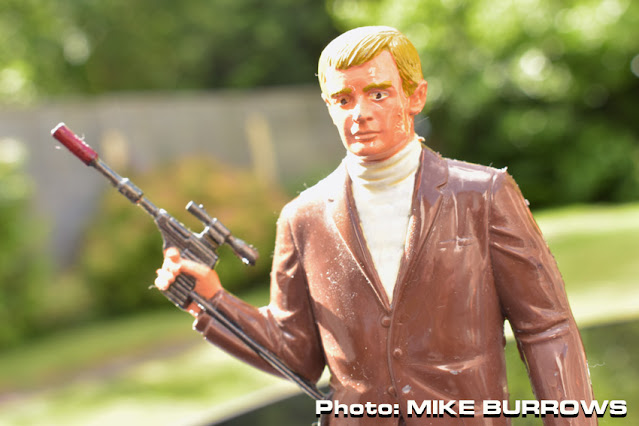 Although the figures were sold individually, they were also part of a (mail order?)shooting game, which featured a set of simple cardboard buildings with flat roofs to place the figures on, only to shoot them off using the suction cup dart gun that came with the set. I'm not sure, but this may have been an offer only available in the States. 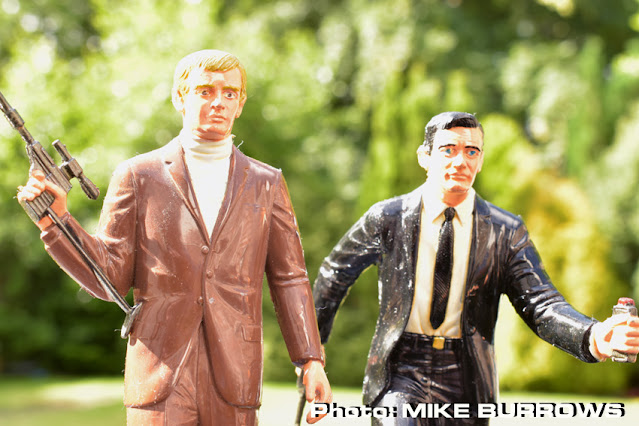 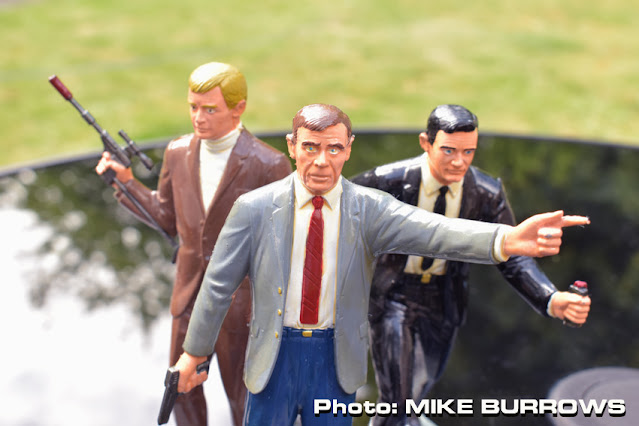 The initial UNCLE six figure set all featured the name of character and the UNCLE logo on the base.

Alexander Waverly holding pistol with one hand and pointing with the other. 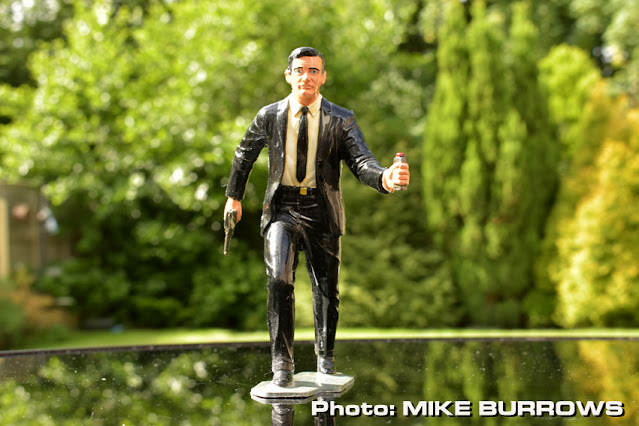 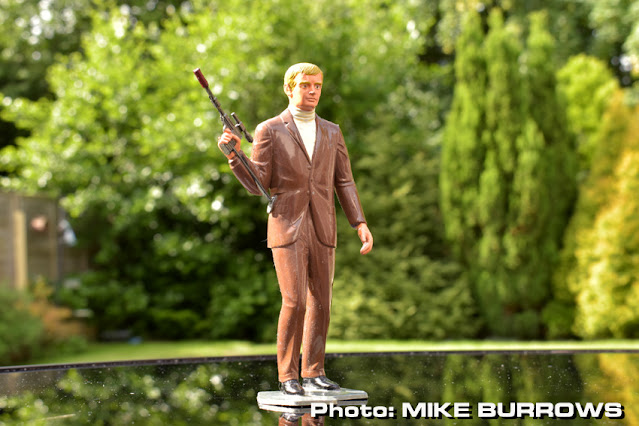 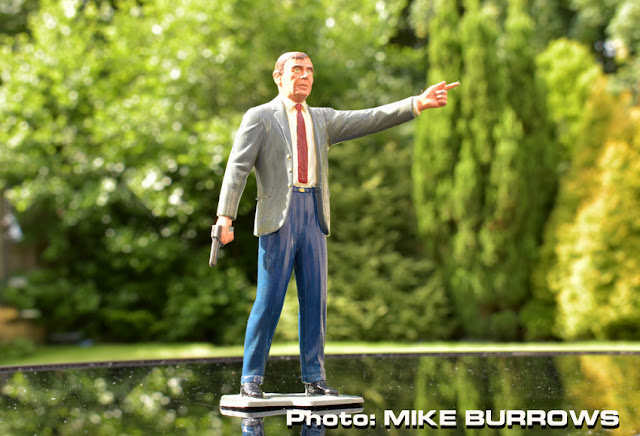 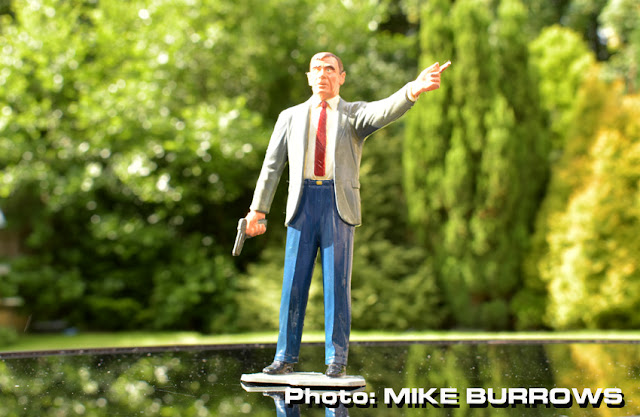 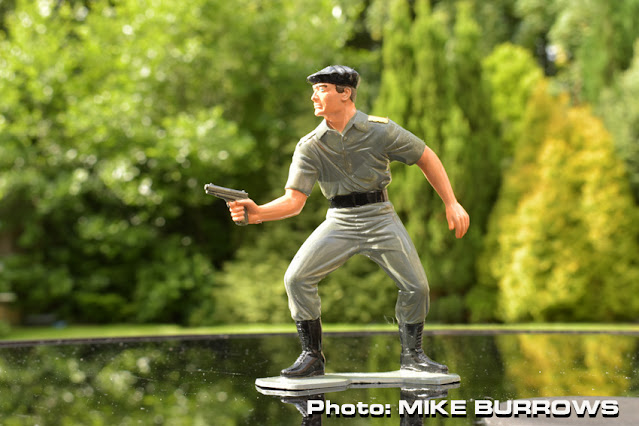 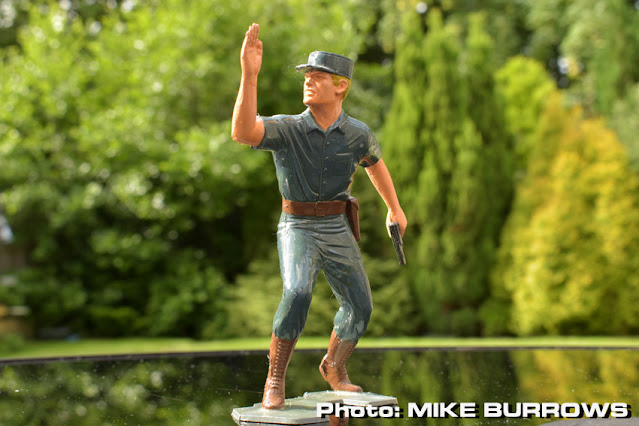 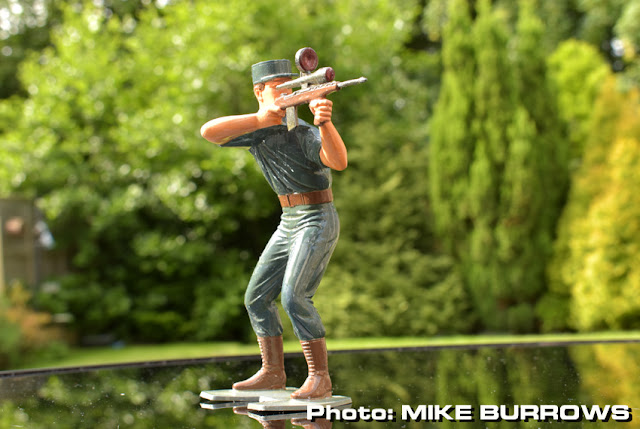 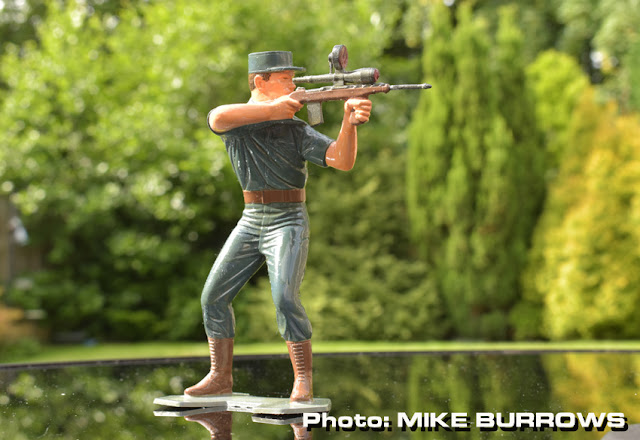 A further six more generic 'Secret Agent' figures were also released by Marx, intended as additions to the UNCLE set, but with no UNCLE logo or copyright on the bases.

I don't have any of those figures, but here's a check list of what appeared.

A man in a hat, pointing a pistol:

A man holding the muzzle of a pistol above his head:

A man with a goatee beard holding a gun with telescopic sight, barrel and handle butt extension:

A man wearing a cap, holding torch and a pistol:

A man running, holding a briefcase:

A man looking at his watch, holding a radio and a pistol 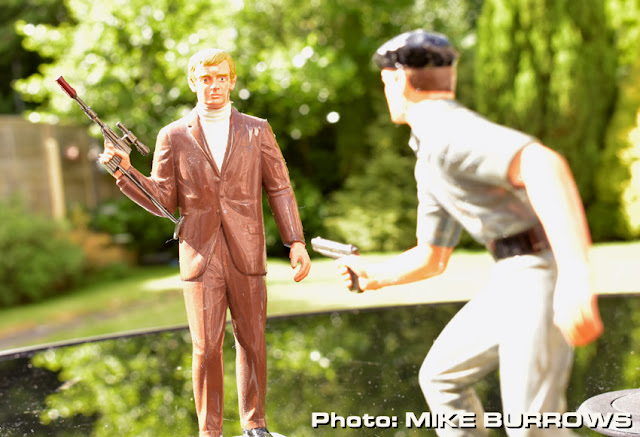 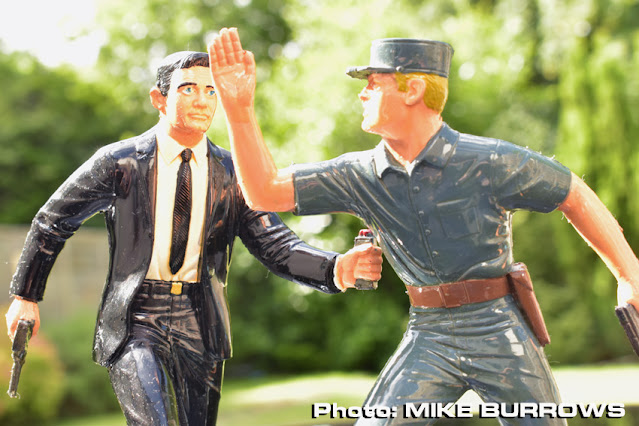