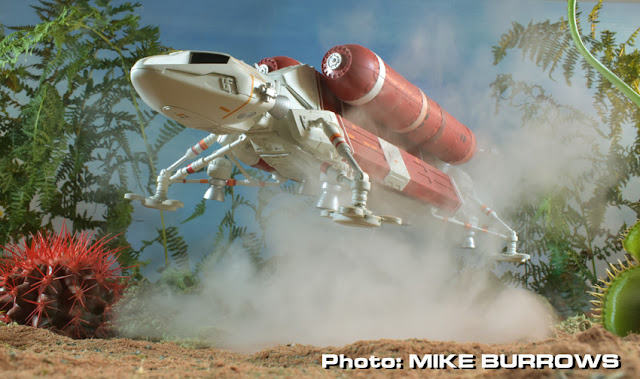 Although it has been previously hinted, Sixteen 12 have just announced the latest addition to their Episode Collection, The Swift , the spacecraft seen in the season 2 episode, Brian the Brain. 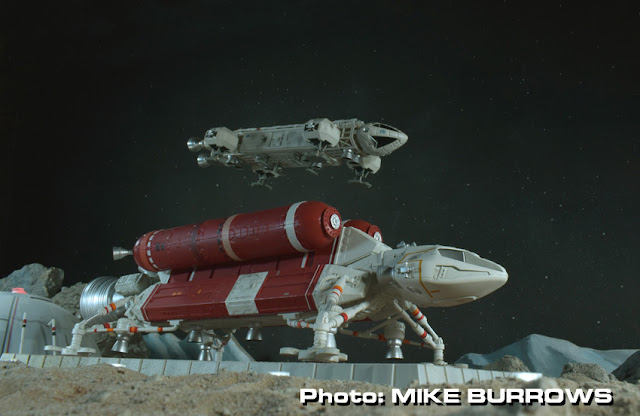 So, as the cat is out of the bag I don’t think they’ll mind me showing some photos I’ve taken of their new Swift pre-production prototype model. 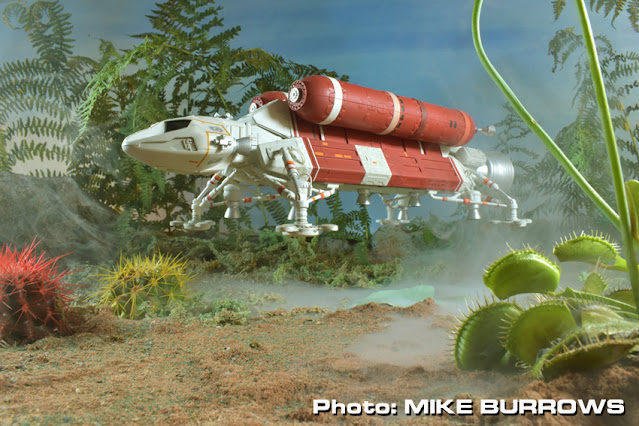 It’s a good size, some 14” long, and although my photos show their excellent 3D model, the final miniature will be a highly detailed die-cast, which will come with its own display base. 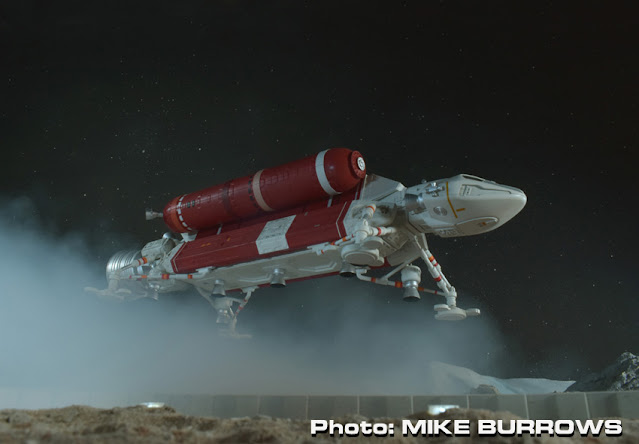 Personally, I think it looks great and perfect for anyone who wants a ready-made display piece, and doesn’t want to tackle the option of a garage kit and all that entails! 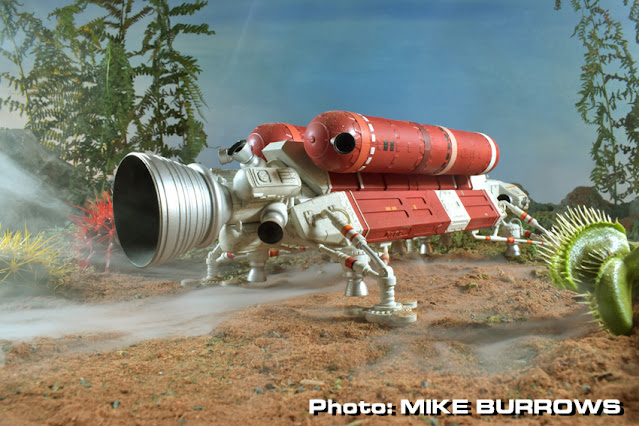 The Catacombs website explains that the original filming prop was designed by Ron Burton, and built by Martin Bower. The model was originally intended to appear as a landing ship in the Gerry Anderson TV special; Into Infinity, presumably, had it become a series. 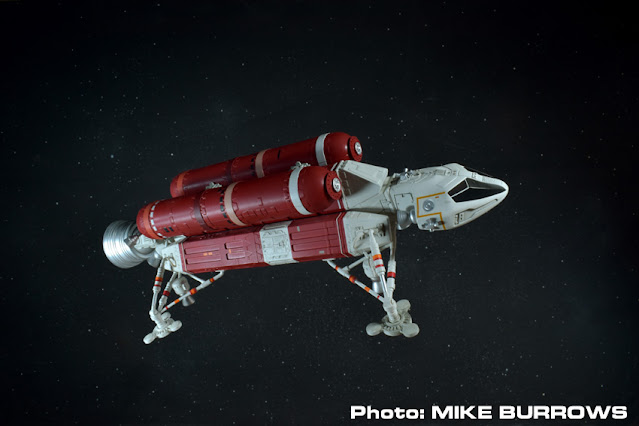 In the Space: 1999 episode it is described as one of four support ships, serving an unnamed ‘mother ship’ for a 1996 ‘star mission’. 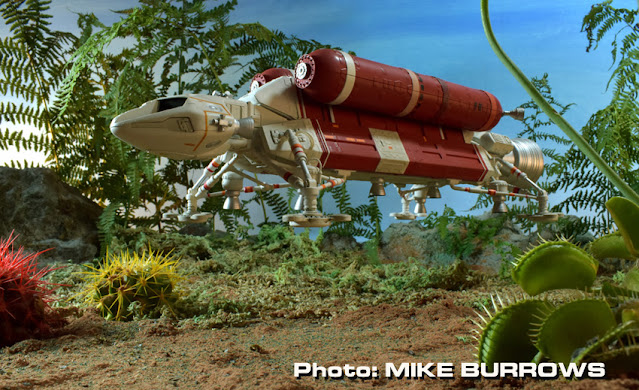 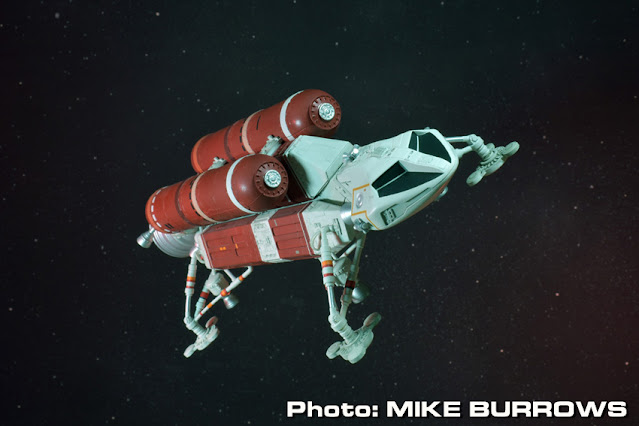