Some photos of my second Comet Miniatures Stingray build. 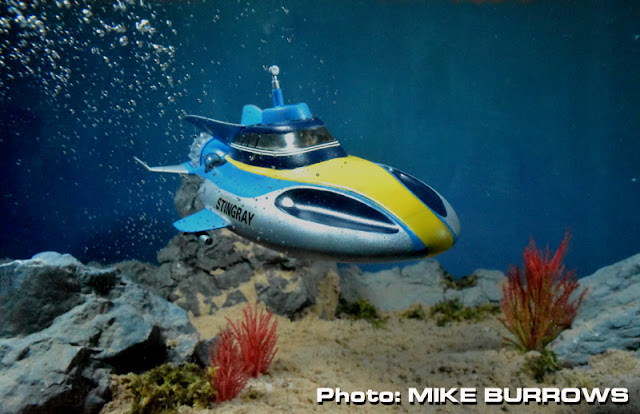 What better place to photograph super-sub Stingray than under the ocean waves. 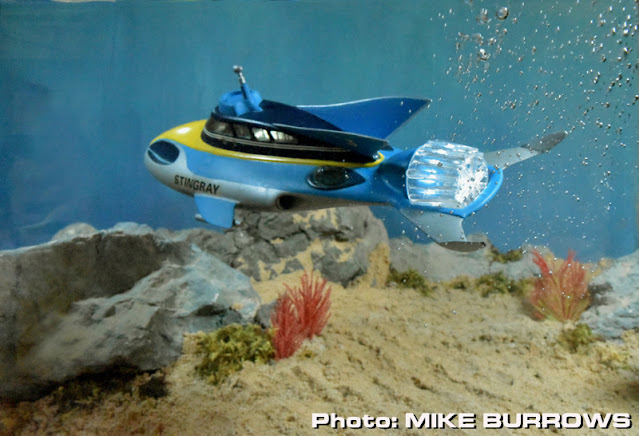 But like the original TV series, the Stingray model doesn’t get wet. Most of you will be well aware that Stingray was filmed in action through a glass water tank with strategically placed air tubes providing bubble effects, and even few small fish. 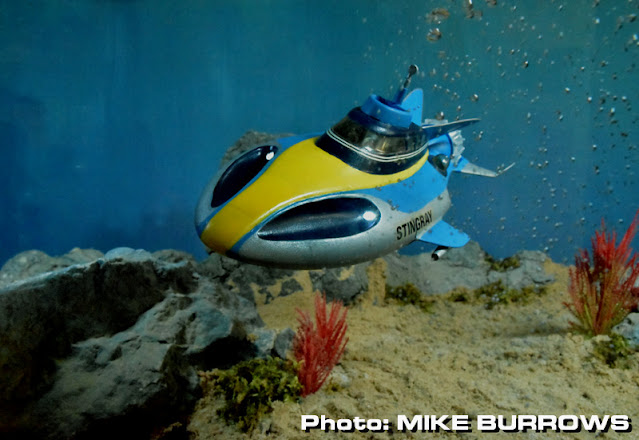 I’ve attempted to recreate that effect, minus the fish, on a somewhat smaller scale. 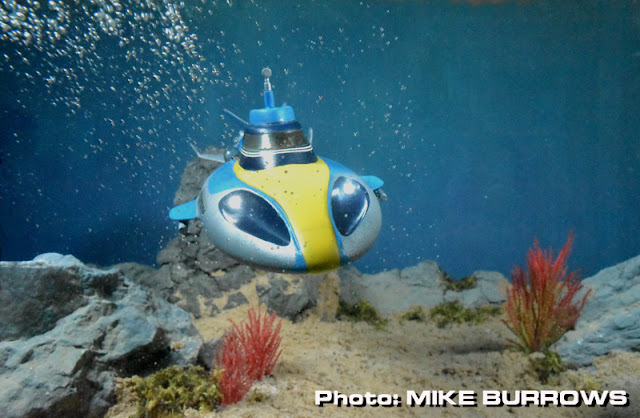 Although the effect is relatively easy it took me a little bit of setting up with the right lighting to avoid reflections, and adjusting the camera settings to cut down on photographic ‘noise’, and avoiding too much of a grainy look in the photos. 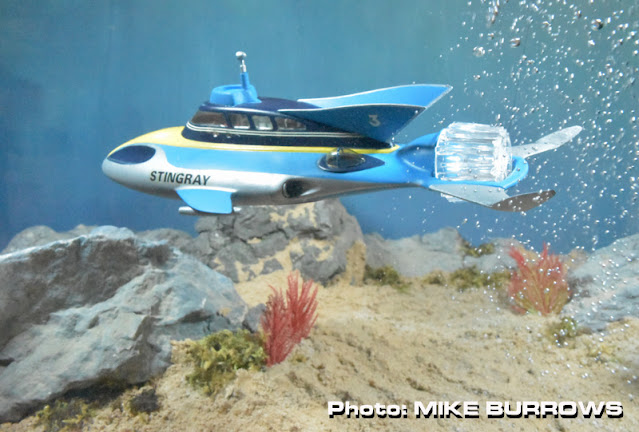 I think the photos turned out reasonably well, and a bit of underwater fun made a change from my usual Space 1999 Eagle shots on the lunar surface. 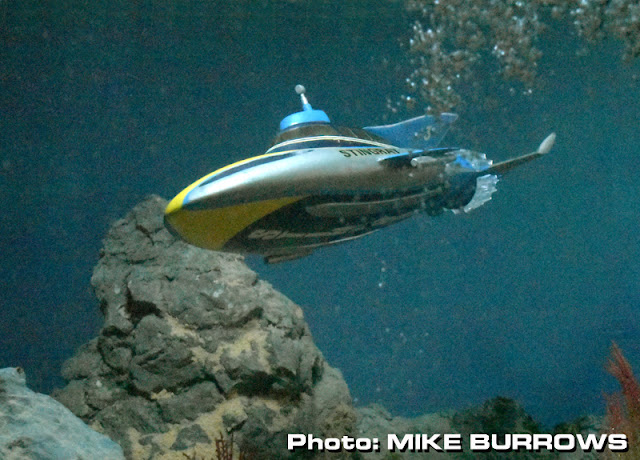 I wanted to build this second Comet Miniatures Stingray model with these photos in mind. 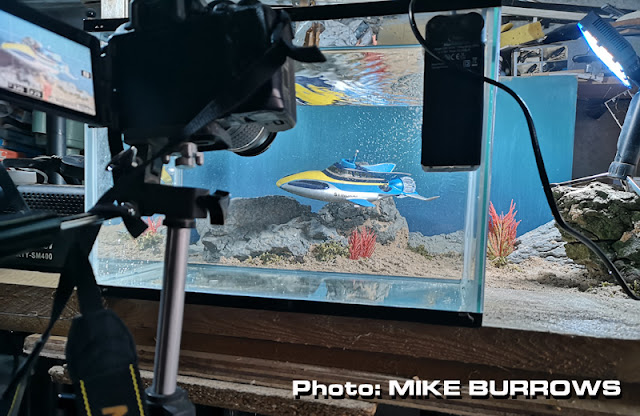 My first build didn’t have proper moulded rear hydro- jet exhausts and lighting, both of which I wanted to incorporate in this model. I did toy briefly with the idea of fitting a motor to the clear Rate Master, but as I’m only really interested in still photos of the model in a suitable diorama, the effect would have been minimal for the additional work involved. 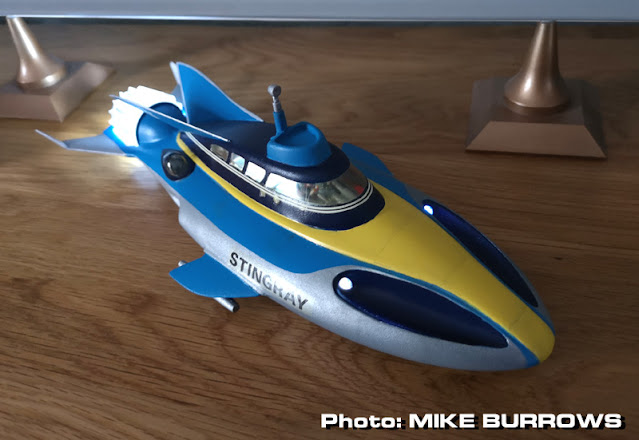 I wanted lighting for the two front headlights, the rear of the Rate Master and part of the cabin. I didn’t want the cabin lighting to be from an obvious source like it is in the series, so my only option was stowing it in the lower deck which does limit the brightness, and helps to create the effect I wanted. 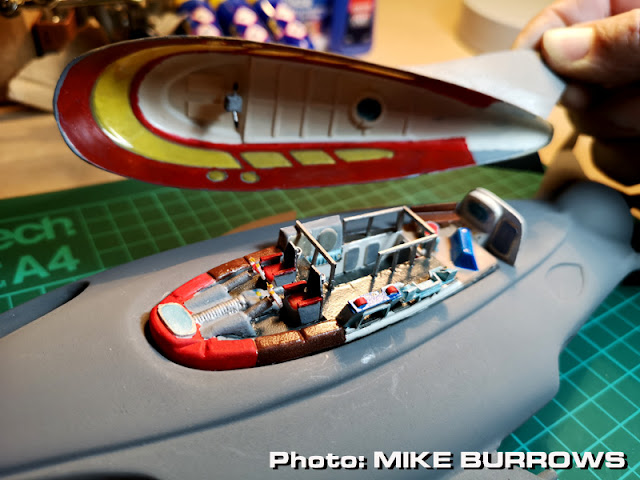 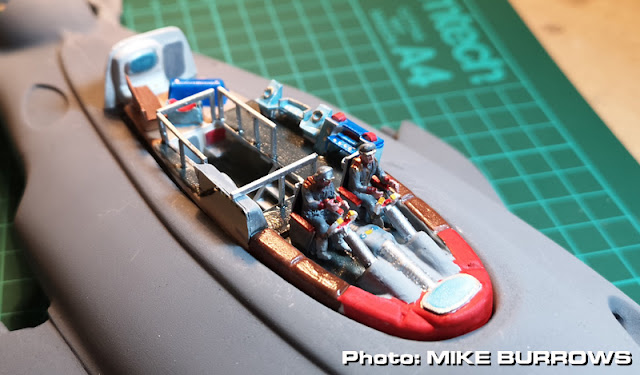 Even though most of the inside of the cabin is obscured once the cabin cover is glued in place I still like to add a little cabin detail. 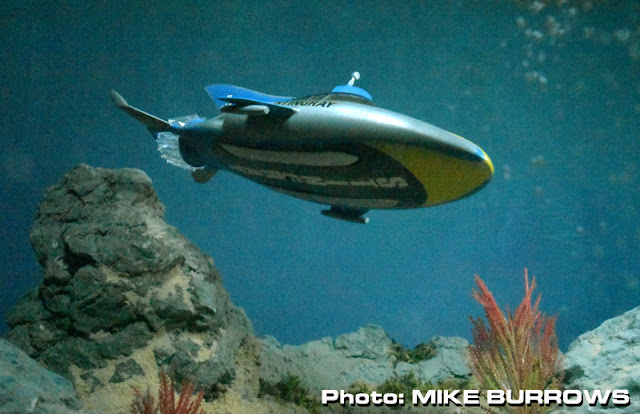 The battery and switch are accessible via a small removable hatch on the underside of the hull. 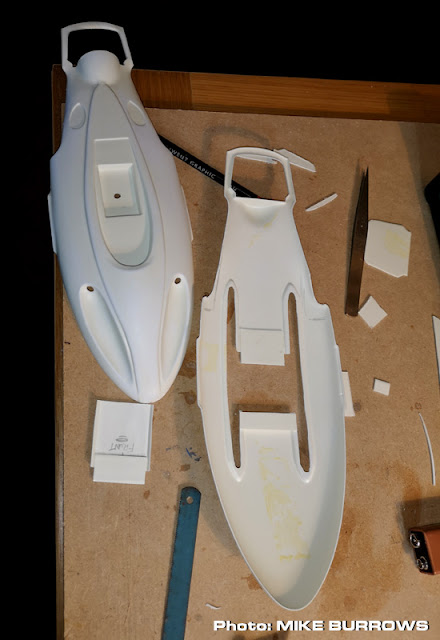 The model did need a few alterations. 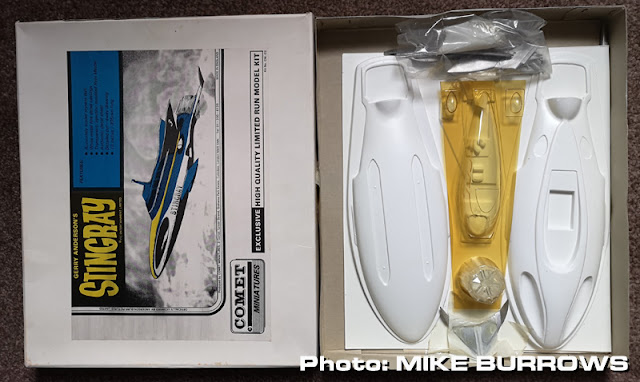 The Comet Miniatures Stingray came out at some point during the eighties, and was one of a series of various kits produced with assistance from others by Tony James, proprietor of Comet Miniatures. It was officially licenced by Anderson-Burr Pictures Ltd, and copyrighted to ITC Entertainment Ltd.  The receipt for this one in my photo is dated 1987, and cost the princely sum of £15.99. 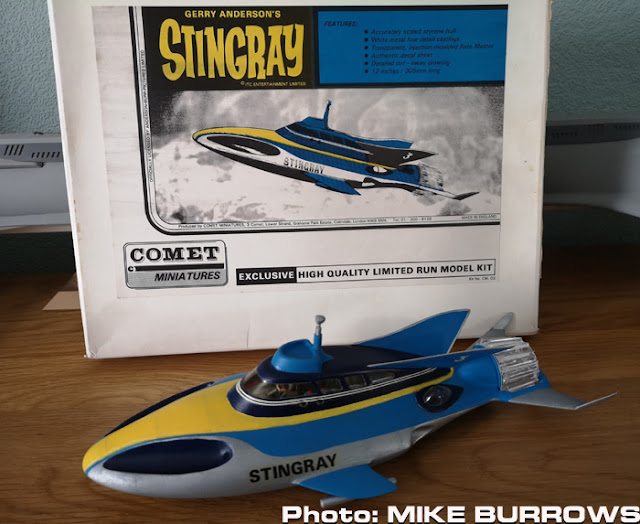 It’s a reasonable size for a display model, around 13”, giving it a convenient scale of about 1:72. Although it was a limited run I don’t know how many were produced, as there appears to be a fair few of unmade kits about on eBay and the like. There are variations in the colour of the vac-formed moulded plastic which is either white or silver. The clear rate – master, or let’s give it its proper title, contra-rotating antistorque eddy damper has two different moulds, two as far as I can tell. One is a better finish and fit than the other. My first build has the better finished version; my second build had the other, which needed some alterations to fit properly, not easy on clear plastic. I should mention that the kits do have a few minor blemishes on the plastic and the clear acetate. The white plastic blemishes are easily covered with light sanding and filler, but on a clear section of acetate it can be difficult to disguise. The clear acetate also yellows with age. In spite of these drawbacks, I enjoyed building the models, and when completed I reckon the overall shape is pretty accurate comparing it to the various screen-used models. 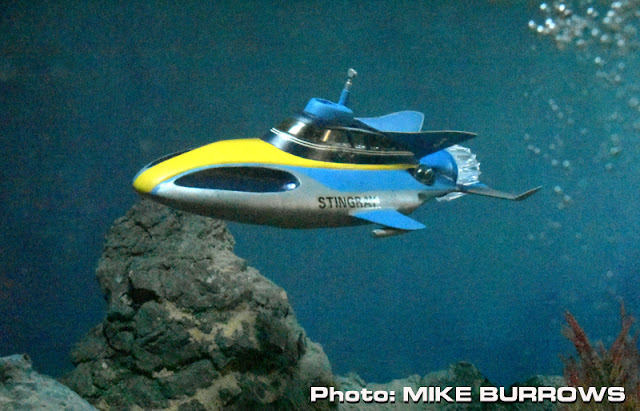