IN MEMORY OF DON HARLEY

The sad passing of artist Don Harley has certainly prompted quite a number of comic art fans to pay their respects to him through social media, and I’m pleased to say, this blog! I’m too young to have originally seen his contribution to the Dan Dare Eagle strip in the fifties each week. I first happened upon Dan Dare in his 1963 Space Annual. Remarkably, I still have that annual, which features a lot of Don’s art. 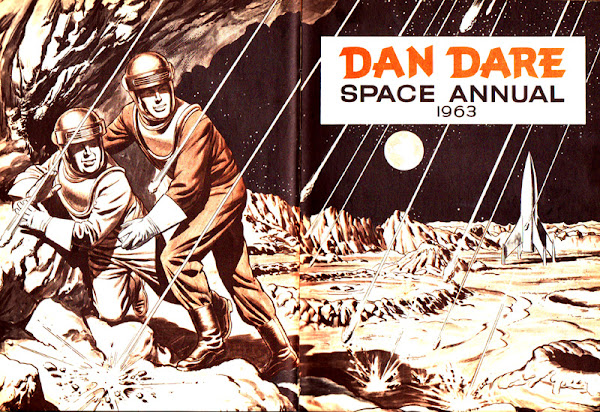 In fact, my memories of Dan Dare and the Eagle comic are based around the early sixties, when creator, Frank Hampson had moved on from Dan Dare, being replaced by Frank Bellamy, Don Harley, Bruce Cornwell, and Keith Watson. I would read and enjoy the comic during wet playtimes at school. But by then the Eagle had had its heyday, and the new kid on the block was TV Century 21. 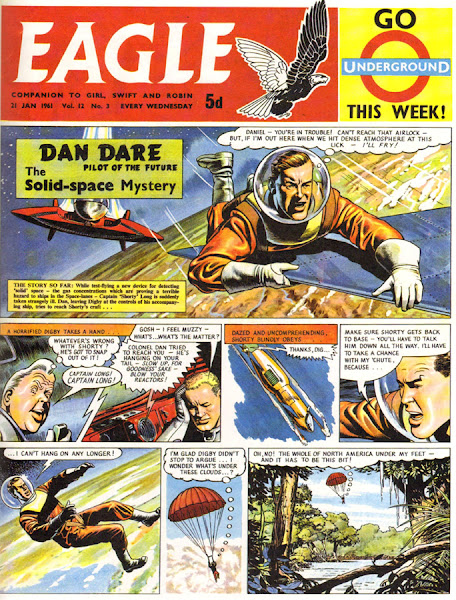 Don, of course contributed quite a lot to TV Century 21, including standing in for Frank Bellamy on the Thunderbird strip. Don also worked on other City Magazines publications like Solo, and TV Tornado. 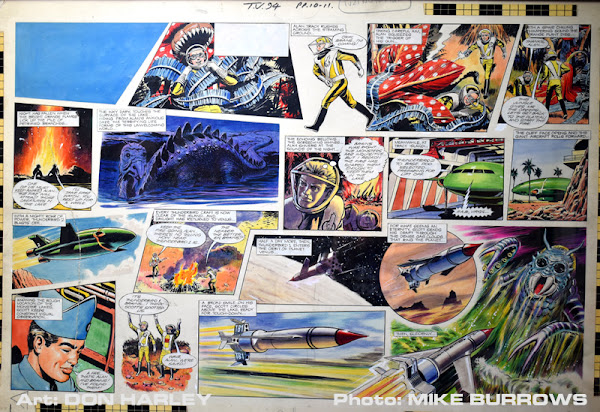 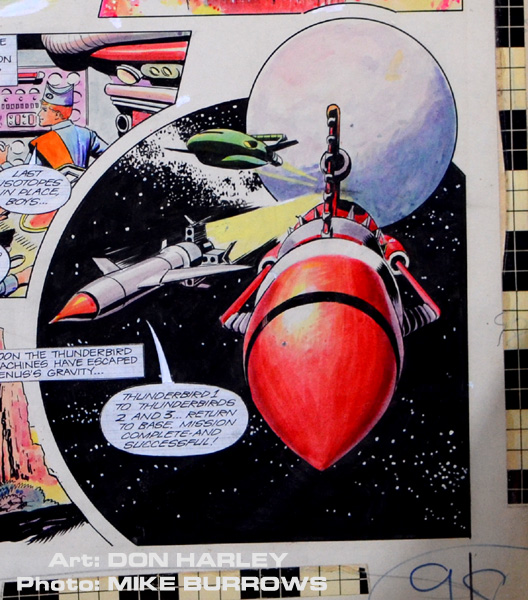 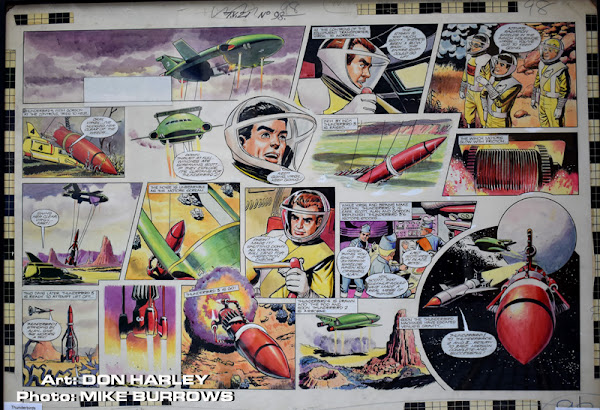 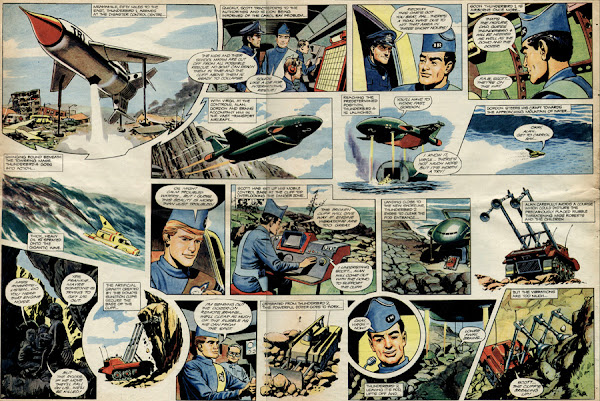 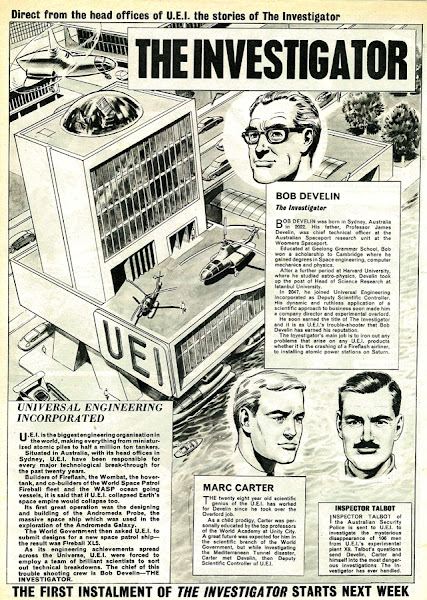 When Polystyle Publications launched Countdown in 1971, Don was on board drawing a brand new, albeit, black & white Thunderbirds strip. 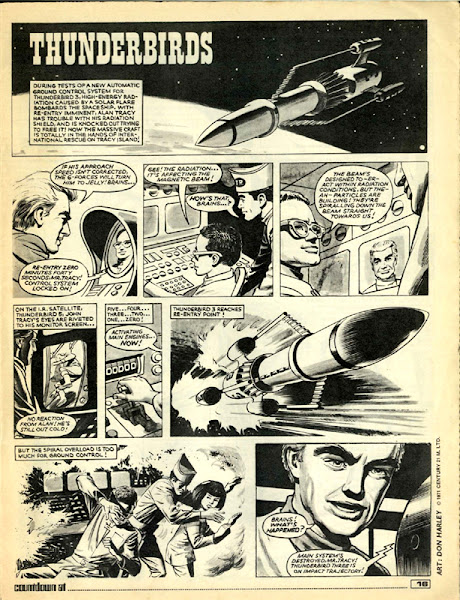 A few Eagle fans have mentioned they met Don when he attended the 50th Eagle Anniversary event in Southport, during 2000. This was apparently the second time Don, who was born in London, had visited the place where Dan Dare and the Eagle comic had originally been created. His first visit was 1988 to attend an Eagle Society event. He joined Frank Hampson and the Eagle team following their move from Southport to Epsom a dozen or so issues (I think it was 14) after the Wagle's launch. 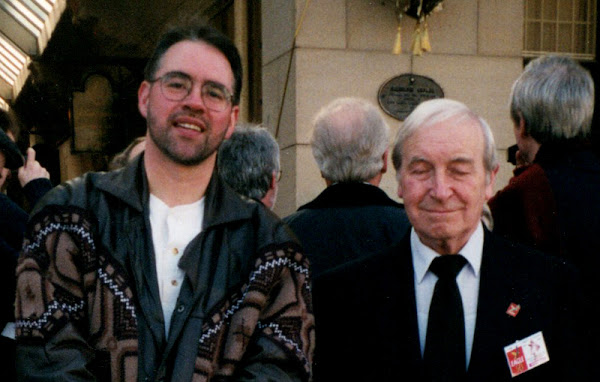 I have fond memories of attending that event myself, and meeting up with some of the Eagle Society members, some of whom I’d met ten years earlier at the Southport 40th Eagle Anniversary exhibition. Although, I wasn’t a member of the Eagle Society, I was invited to attend the event, and met Don in the dealers’ room, who commented on a Boy’s World comic I’d just bought, which featured his work on the front cover. We managed a brief chat, before he was whisked away to some other part of the room. A short time later, a coach arrived at the town centre hotel to take us to the Southport College of Art, to see some other related Eagle exhibits. (My memory is a little vague on the exhibits; I seem to recall documents showing that Frank Hampson hadn’t completed his course at the nearby King George V College, and Eric Eden who had also studied in Southport, had, although I might be mixing that up with another Eagle event held there, some years later.) On the coach, Don, possibly recognizing me from earlier, sat down next to me, and we had another brief chat about comic art. I’m more of a TV21, and Anderson fan rather than Eagle, but Don was happy talking about TV21 and Countdown comic in which he drew the Thunderbirds strip. He did however, mention that he was originally down to do the UFO strip. During the walk round Southport College of Art, we talked about Eric Eden's work, (Eric’s family were also attending the event), and Don was quick to point out that Eric was a master when it came to airbrushing, but not so good when it came to figure drawing. Later, we all visited the Southport Atkinson Art Gallery, and the Dan Dare/Eagle Exhibition, organised, with a lot of help from the Eagle Society, and various contributors, by the local council who, controversially wanted to charge an entrance fee. They even tried to charge Don to get in, but I just told him to ignore it, and we both walked straight in unhindered. In the exhibition, Don, looking at some original Dan Dare art by the late, Keith Watson, pointed out that Keith was actually colour-blind, apparently. 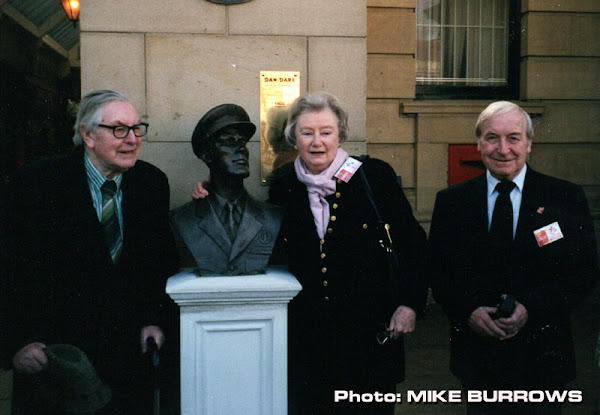 Although my meeting with Don, along with a fair number of other Eagle fans was very brief, my memory of him was as a pleasant, quietly spoken, modest man and certainly easy to chat with. 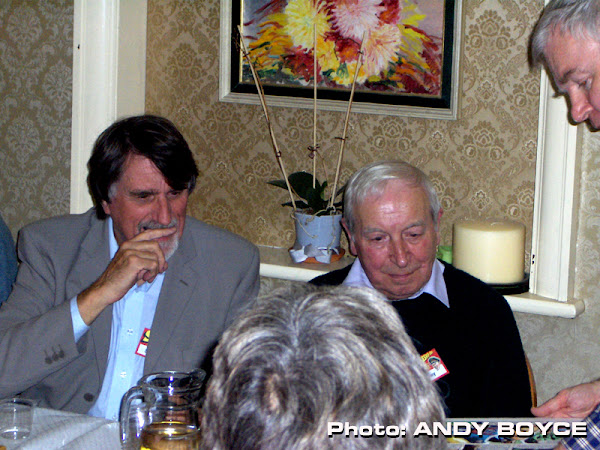 Blog reader and Dan Dare fan, Andy Boyce, kindly sent me a couple of photos he took at a 'Spaceship Away' day in 2005. Don was, at the time doing new pages for the magazine. 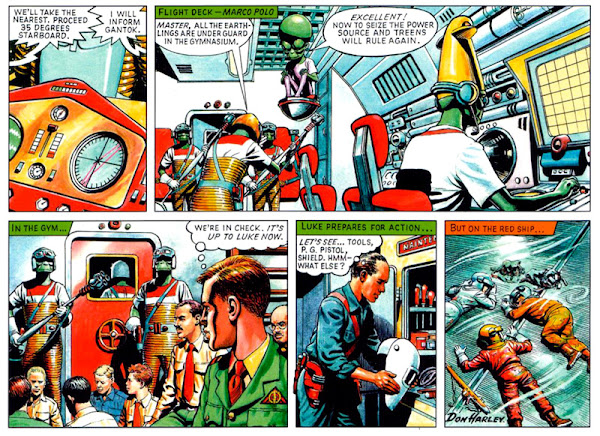 Blog reader Terranova47, another Eagle and Dan Dare fan also kindly sent in some Don Harley art, as used in Spaceship Away. 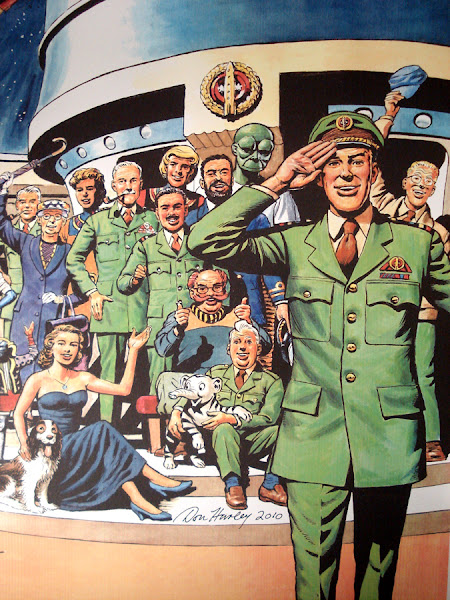 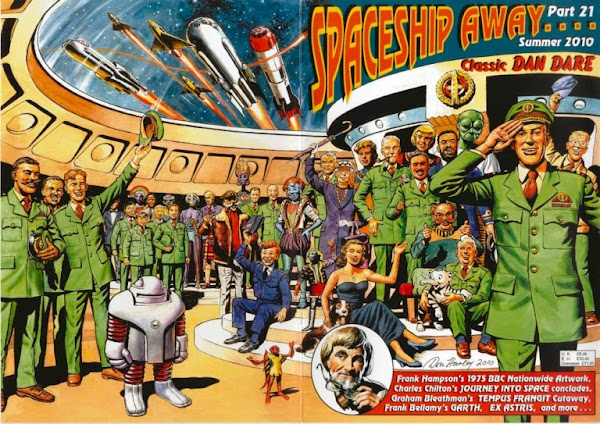