As an addendum to my previous Matchbox Stingray post from yesterday, here's some photos of three  small Stingray models I have, including the Matchbox, which does seem to be reasonably popular with some of you.. The first is the Bandai Mattel die-cast Stingray dated 2001. The smallest I have, and coming in at 80 mm, or just under 3". 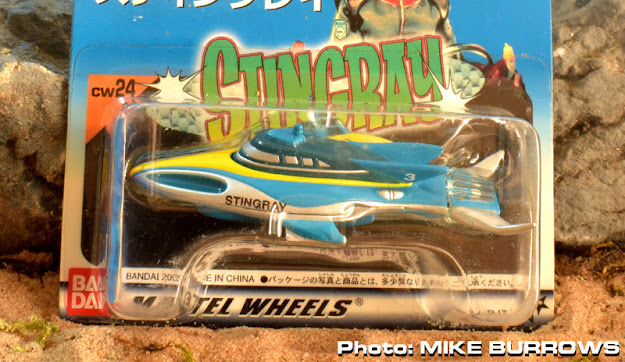 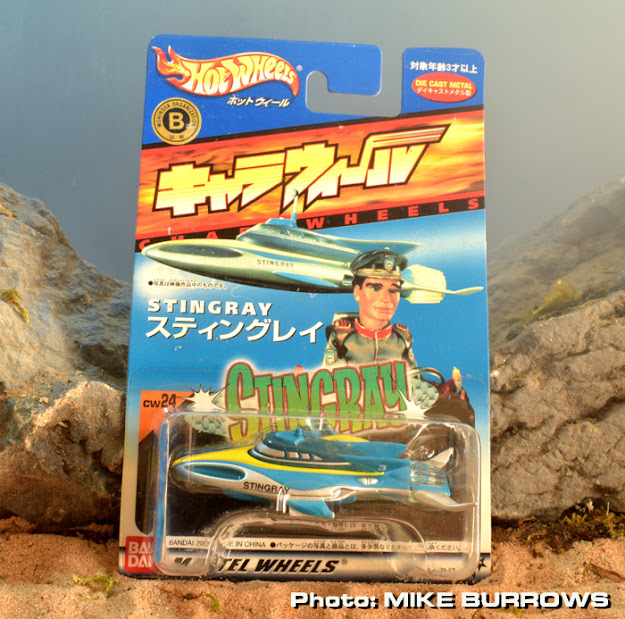 The second, also dated from 2001 is the more detailed plastic version from Konami which is slightly longer at 97 mm, or just under 4". 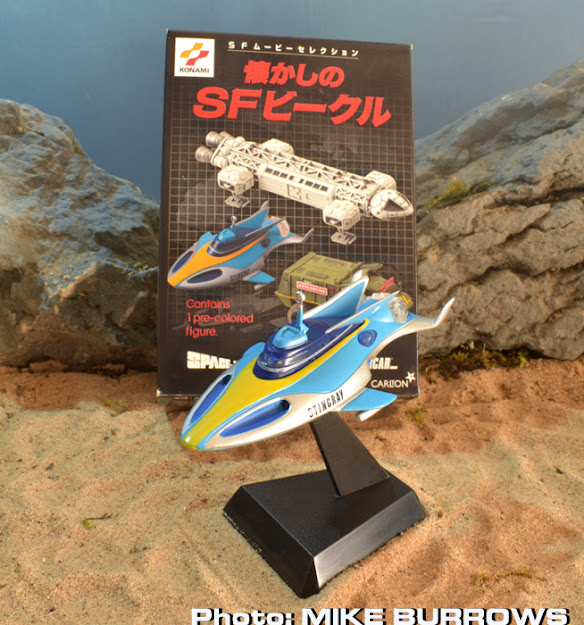 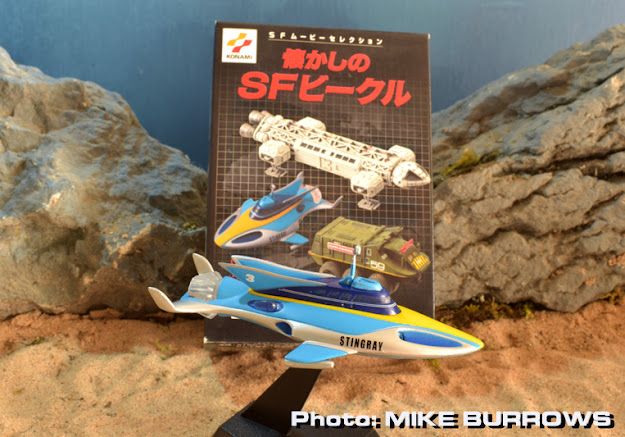 Finally, my recently blogged die-cast Matchbox Stingray from 1992, which is 100 mm, or 4". Not as detailed, but as it's intended as a toy, much more durable. ( apart from the periscope!) 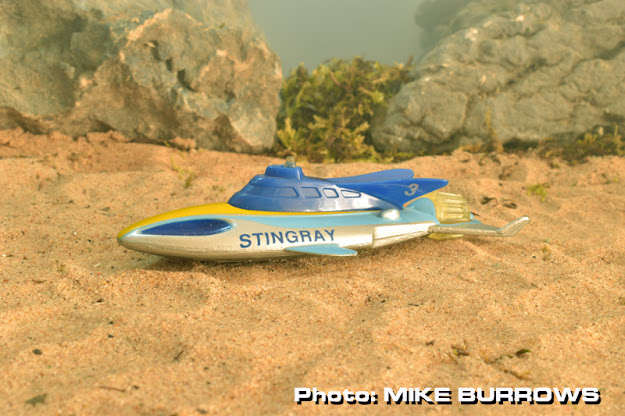 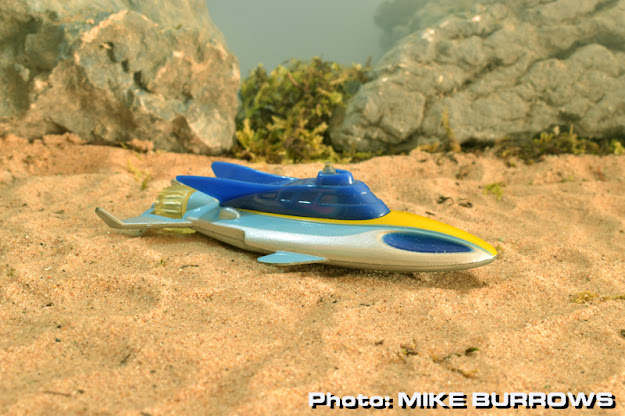 Here's a couple of photos showing them in comparison to each other. 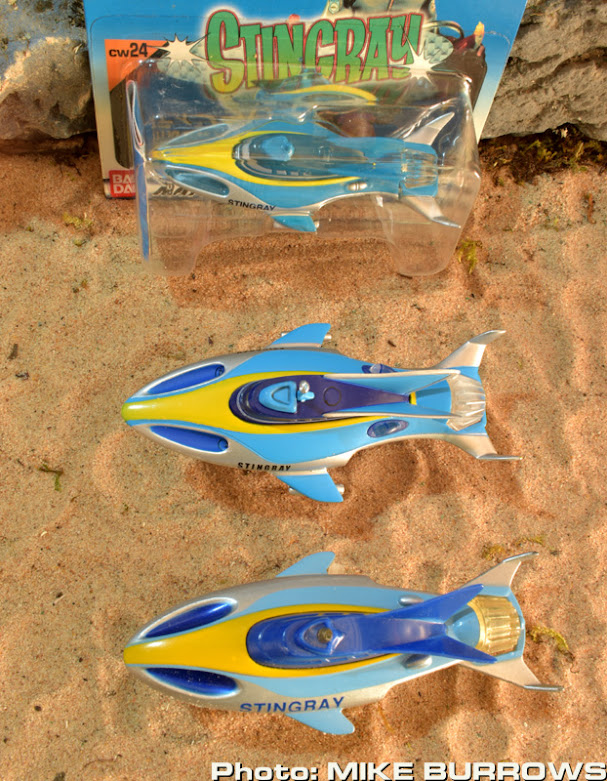 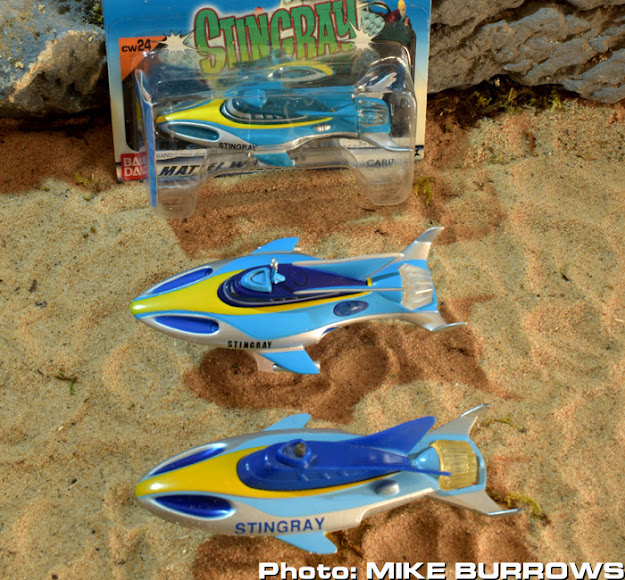