JOURNEY TO THE FAR SIDE OF THE CAR PARK

As the film ‘Journey to the Far Side of the Sun, or Doppelganger as it was known in the UK and Europe is being shown sporadically on the UK Horror TV channel I thought I'd remind myself of some of it's finer points, and perhaps its not so finer. 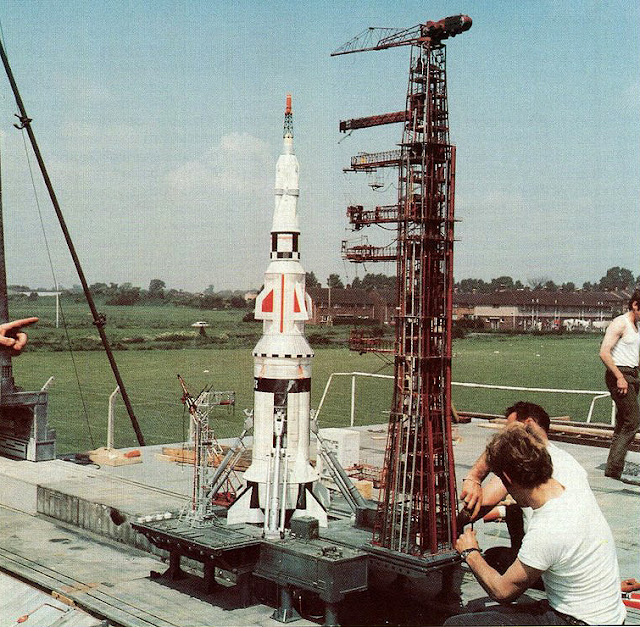 As most fans are aware, this was Gerry & Sylvia Anderson’s first Sci-Fi feature film.
The Andersons’ were keen to move away from programmes aimed at children and wanted to write and produce a film dealing with adult themes. 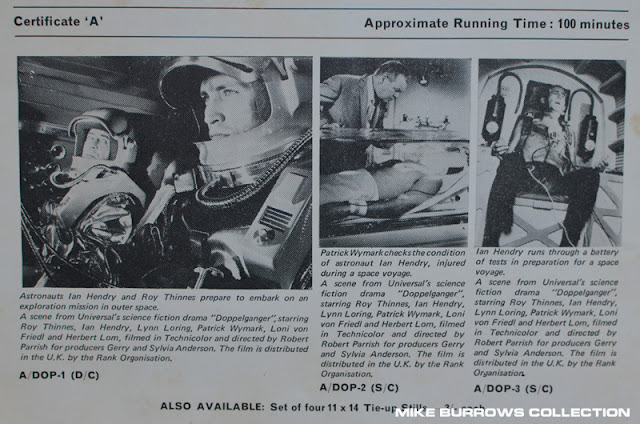 The film’s central premise of a mirror image Earth on the other side of The Sun would take the viewer on a thrill-a-minute space adventure – or so the press-book proclaimed.
The original idea was originally intended as a television hour long special, however after several re-writes it eventually developed into a movie script. 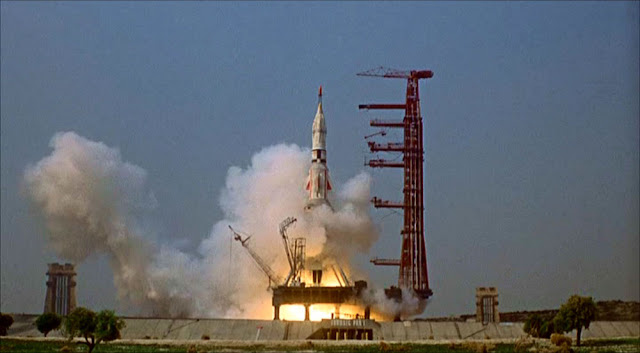 The final result was very glossy, with some excellent special effects, especially the spectacular Sunprobe/Pheonix rocket take off. For added realism this was filmed under God’s own sky, in the Century 21 slough studios’ car park. 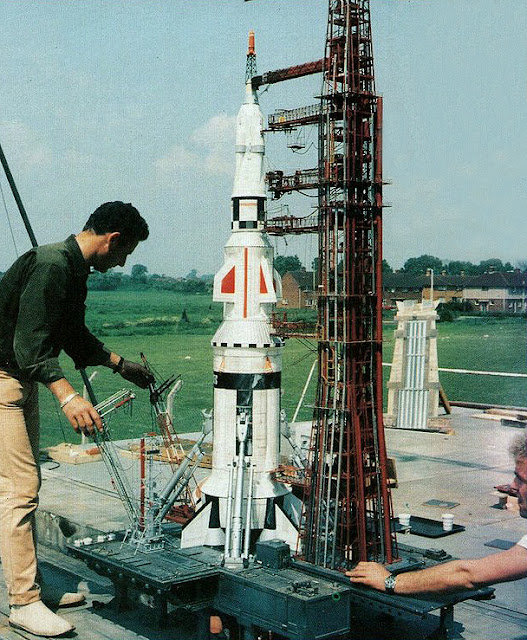 The rocket miniature, which was based on the Saturn V, was six feet tall, and during filming unexpectedly burst into flames and had to be completely rebuilt. 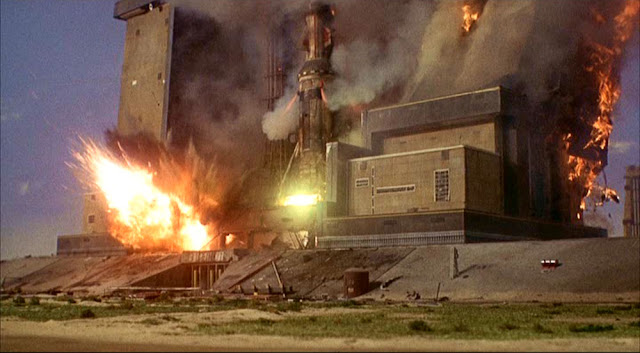 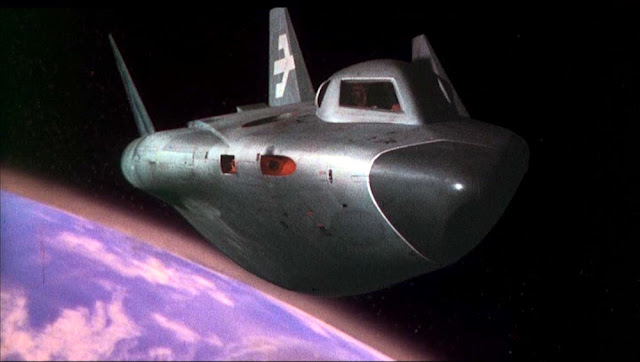 Unfortunately, a similar thing happened to the full size Dove module which was made at the Slough studios intended to be used for live action filming. However, this was refused entry at Pinewood as it didn’t meet with union rulings. The original was utterly destroyed and a brand new one was built by the Pinewood carpenters. 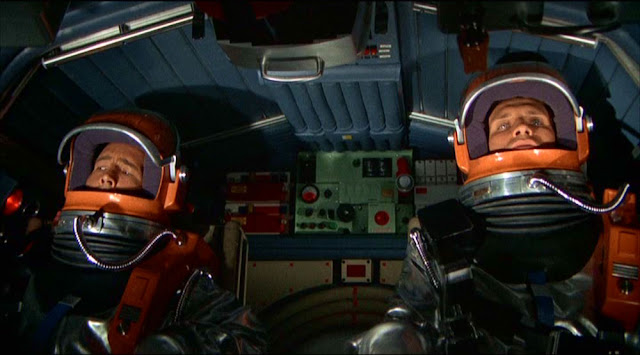 Ultimately, regardless of its very high production values, the film was a flop. The adult themes had been all but edited out leaving plot threads that lead nowhere, and generally the characters came across as somewhat stiff and clichéd. 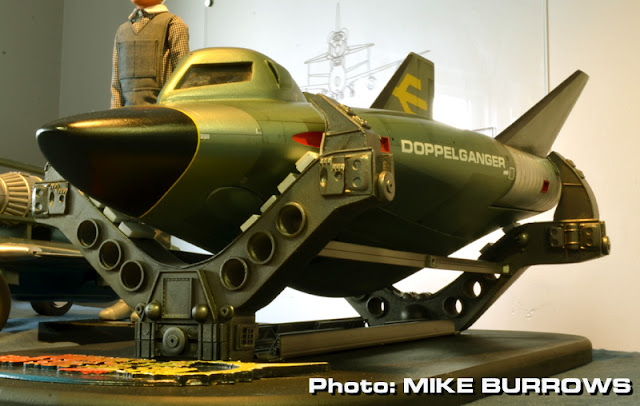 Another disappointment was a lack of officially released merchandise at the time of release, not even the usual  paperback spin- off as far as I’m aware. 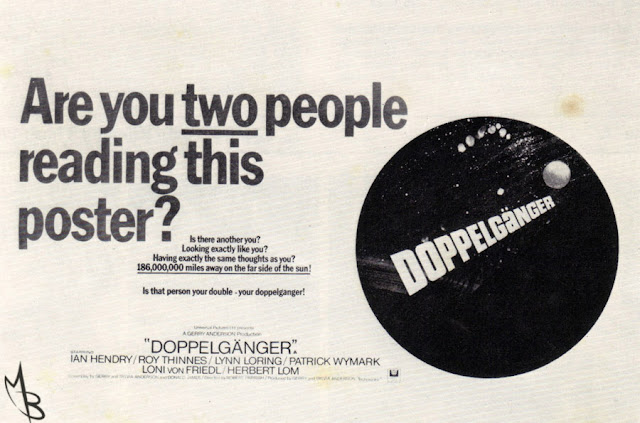 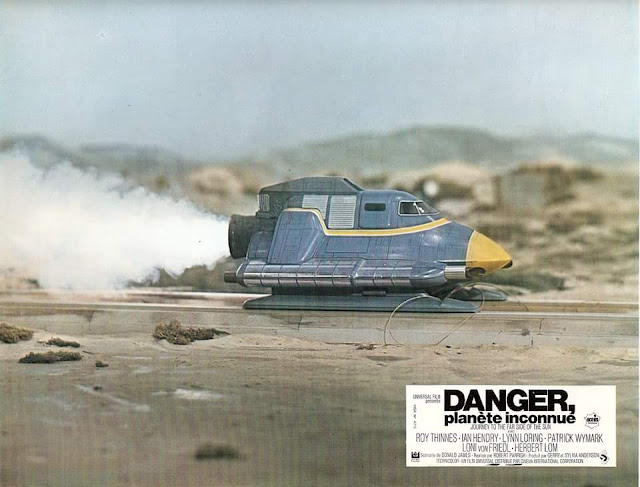 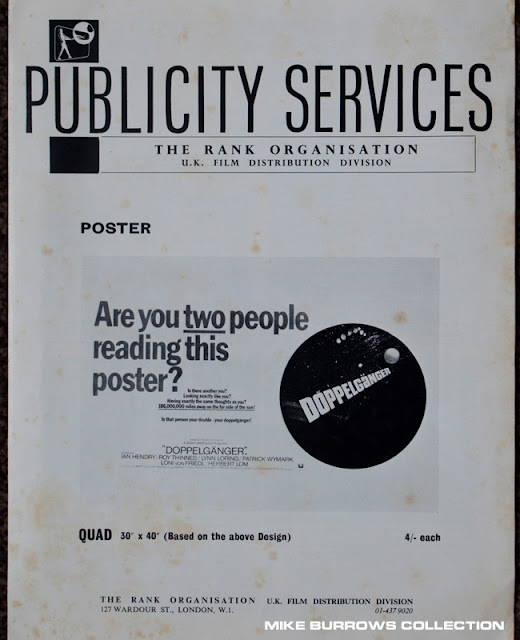 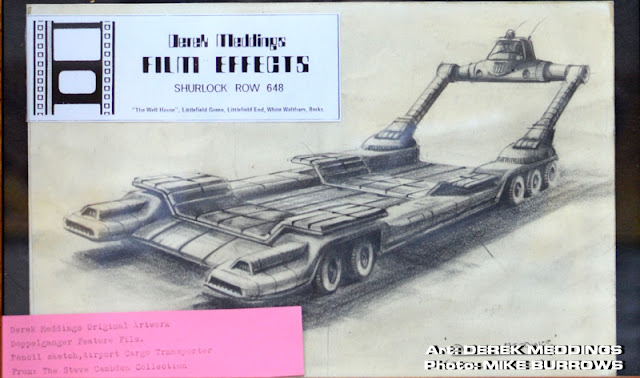 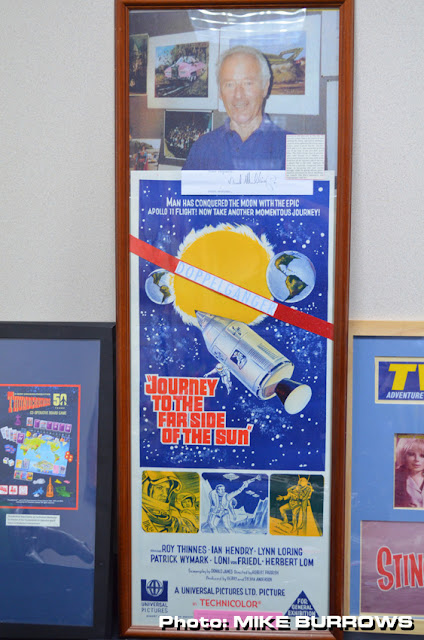 There are F.O.H. stills about, and various film posters from around the world. I've got the UK press-book which I found at a film mart well after the film’s original release, but in my opinion that's no substitute for a Phoenix friction drive toy or a Dinky Dove. 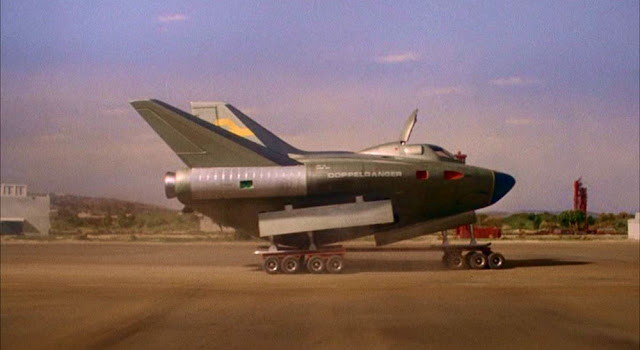 I guess by the time film was released in 1969 Century 21 Toys was all but gone, and maybe the perceived adult nature of the film might have put some of the usual licence merchandisers off. Whatever the reason official toys, models and books just didn't appear. 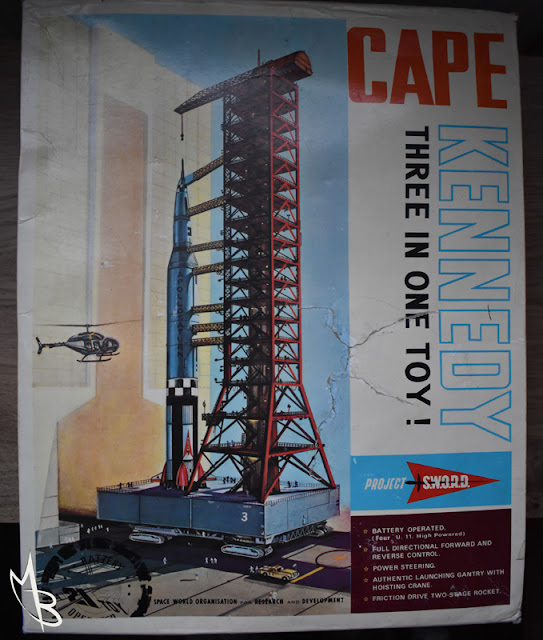 The Century 21 Project SWORD Cape Kennedy play set would certainly have substituted for the Sun probe/Phoenix Rocket and the SWORD Space Glider could stand in for the Dove I suppose. 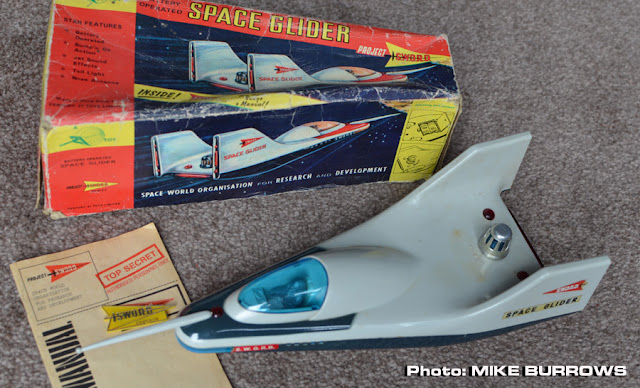 Nowadays, there are a limited number of contemporary items around. For the ultimate collector who wants something exclusive,  here's an original prop that unfortunately didn't make it to the final edit of the film. 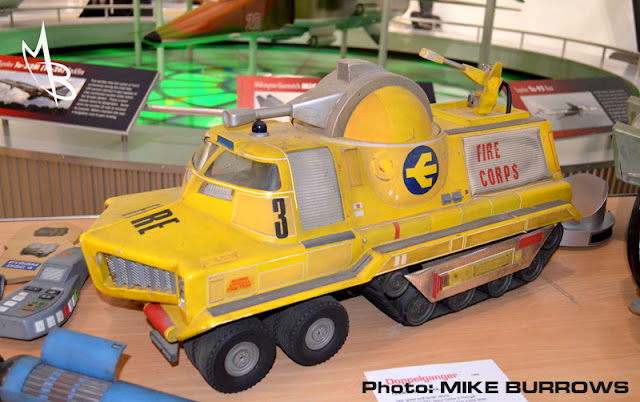 There’s one or two limited edition resin garage kits and scratch-built models around, although I can’t say whether they’re officially licensed or not. This excellent one below was built by Richard Ashton, based on a kit by Mamas Pitsillis. 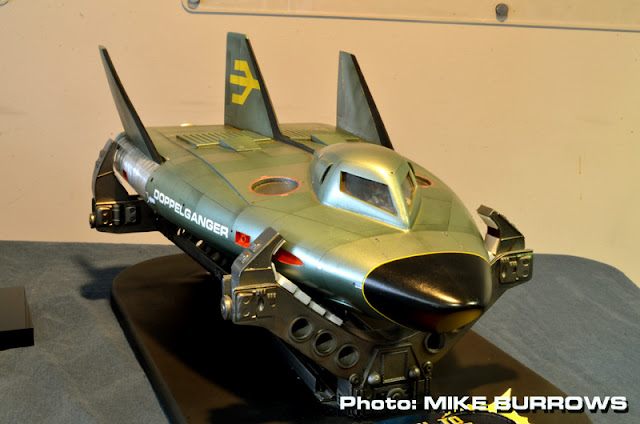 The standard UK DVD and Blu-ray releases. There is also a deluxe Australian release 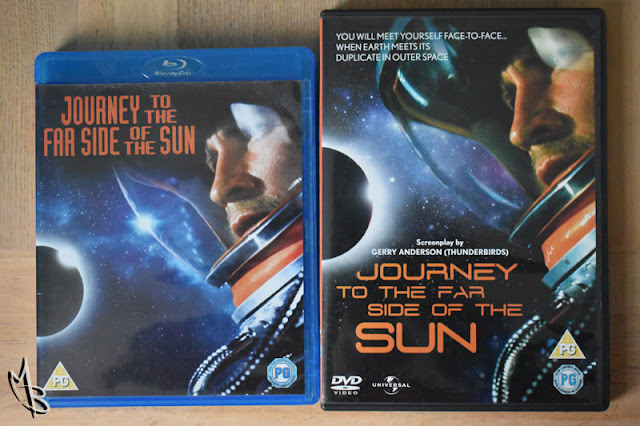 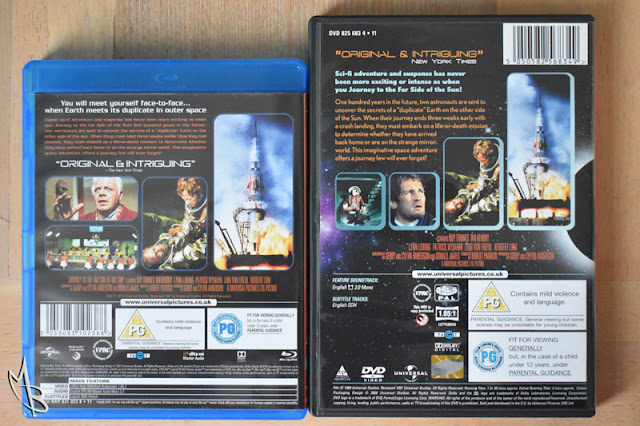 Fanderson do several good quality items, only available to members, of course.  There is a badge and a patch of the EUROSEC logo, including a mirrored version. 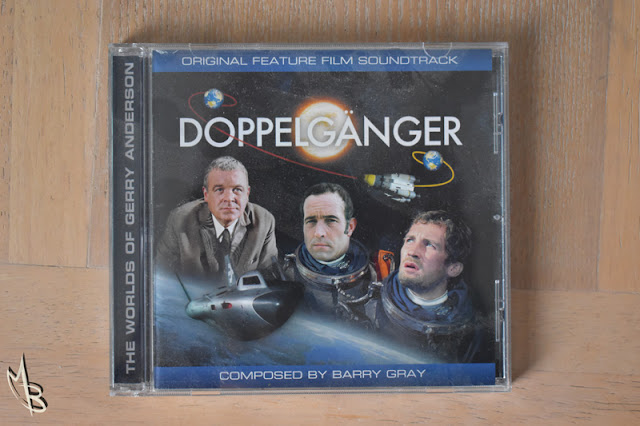 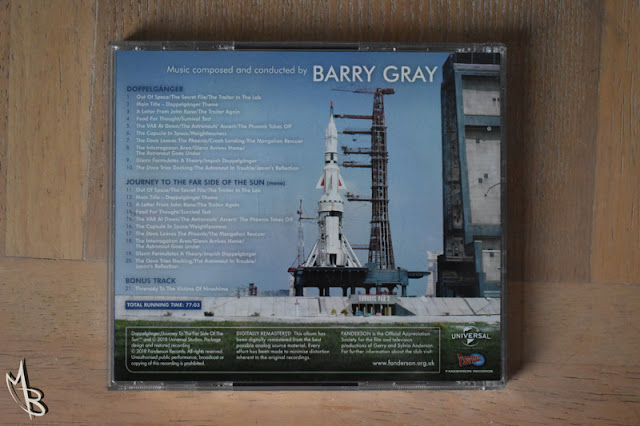 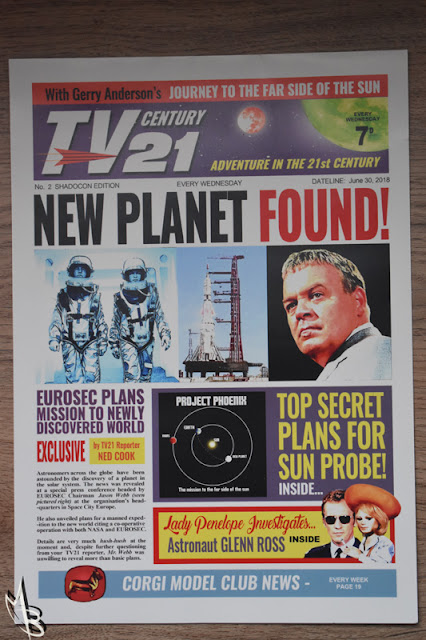 Doppelganger is generally considered to be the precursor for the Anderson’s live action TV series, UFO, which reused props, music and footage from the film, as well as several of the actors. Several pieces of made up ephemera were given free to attendees of the SHADO Con 2 convention which as part of the event screened the alternative title sequence of Doppelganger, with featured Ian Hendry's name on screen before Roy Thinnes. In the UK pressbook there are notes which state that if any other star appears, Ian Hendry must appear in same size and prominence.  The convention also showed a HD version of Journey to the Far Side of the Sun on the big screen. 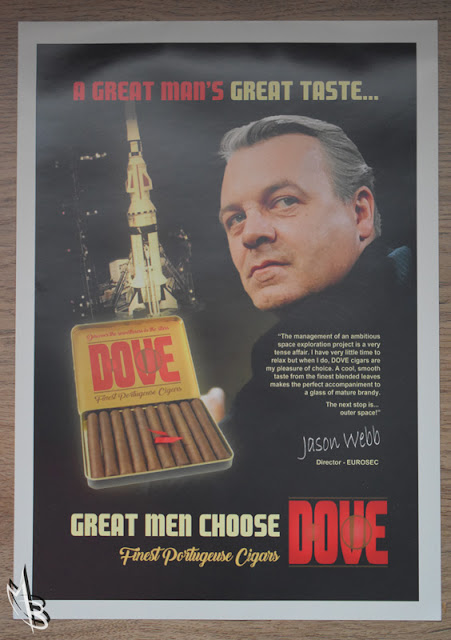 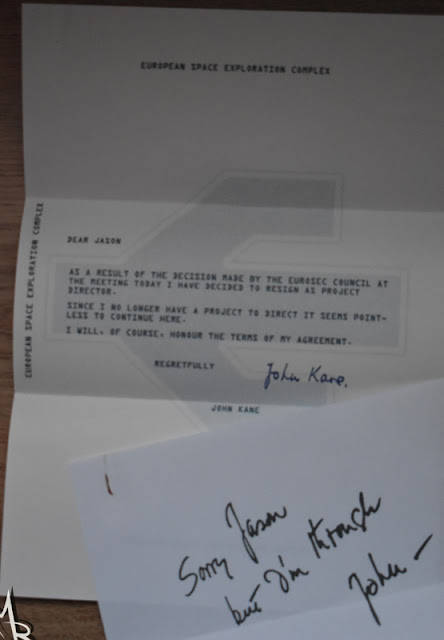 P.S. A letterhead with the EUROSEC logo can be seen in the opening episode of The Persuaders!'Overture'.
Posted by SCOOP at 08:22