Continuing my review of Shado Con 2, here are a few photos of some of the original props on display, courtesy of mega collectors, James Winch and Paolo Malaguti. 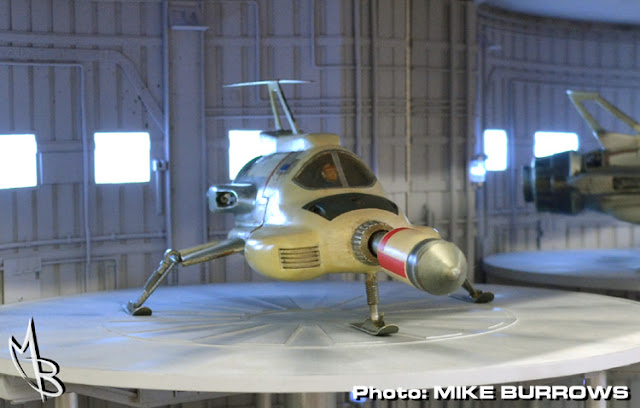 A highlight for me was the chance to see the smaller 13” Shado Interceptor prop, which now belongs to James. I remember seeing this model many years ago at one of the early Fanderson Conventions, along with its larger 25” brother, which was going through some restoration if I remember rightly. 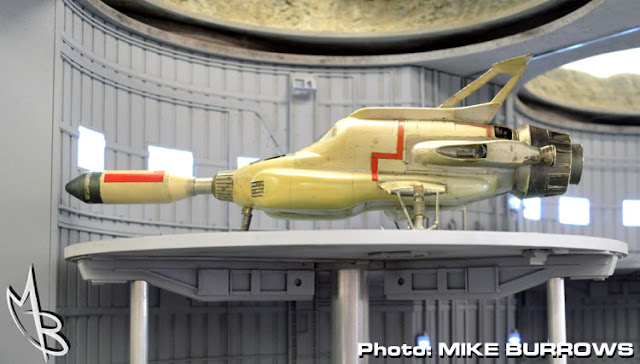 Owner James considers it a bit ugly. It's not as pretty as it's larger surviving brother but from certain angles it still looks pretty good. It does help that James went to the trouble of having a great looking silo built for it, which shows the interceptor at its best. 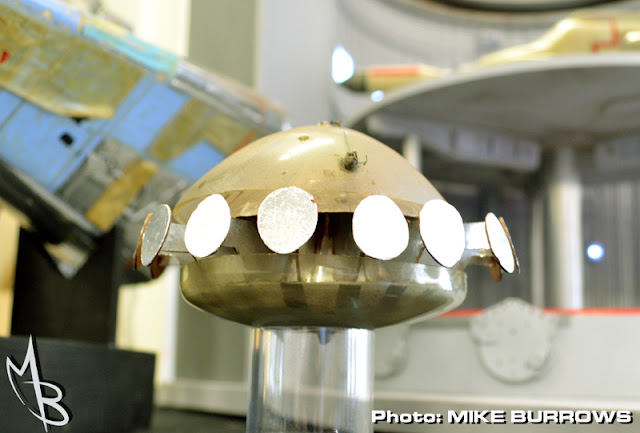 This is one of only two surviving UFO spinning saucer props known to exist. This one also belongs to James, and is believed to be an earlier design used for long shots. 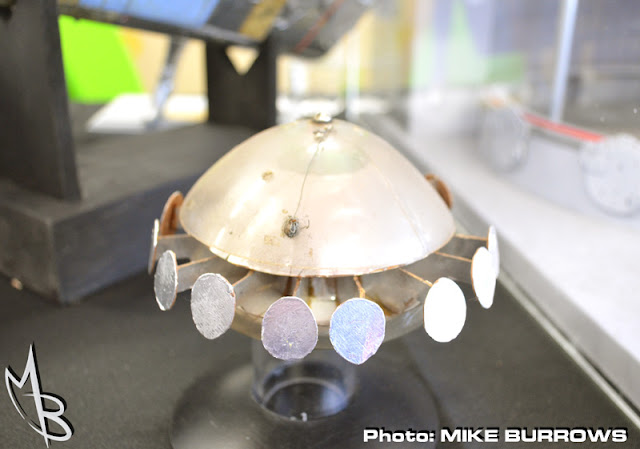 The top is clear vac-formed Perspex attached to the lower body in which a small motor would have spun the silver reflective paddles. The strings suspending it would have carried a charge to power the motor. 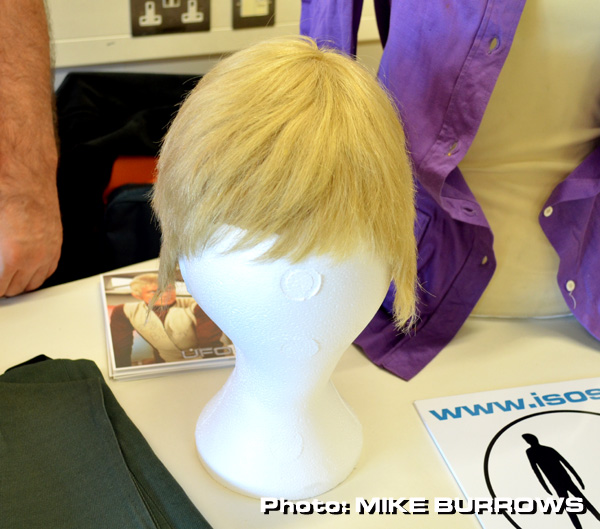 Coming all the way from Italy, Paolo managed to bring a few items I’ve not seen in the flesh.
Everybody had to see Ed Straker’s wig as worn by the late Ed Bishop, it was a bit like attending a holy shrine. 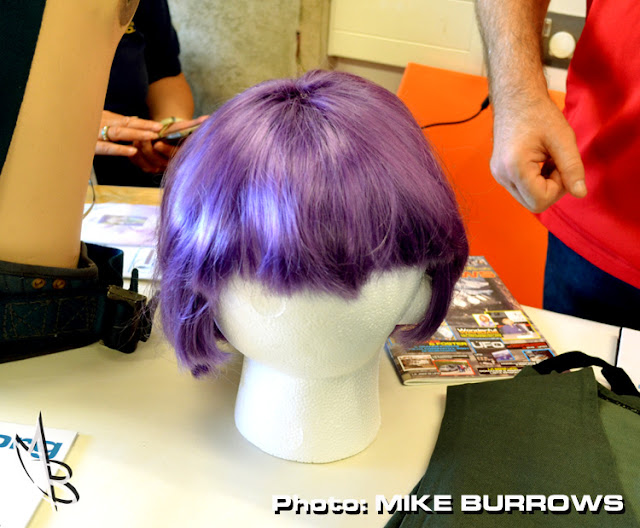 There was also a purple Moon Trackers wig worn by the late Dolores Mantez. 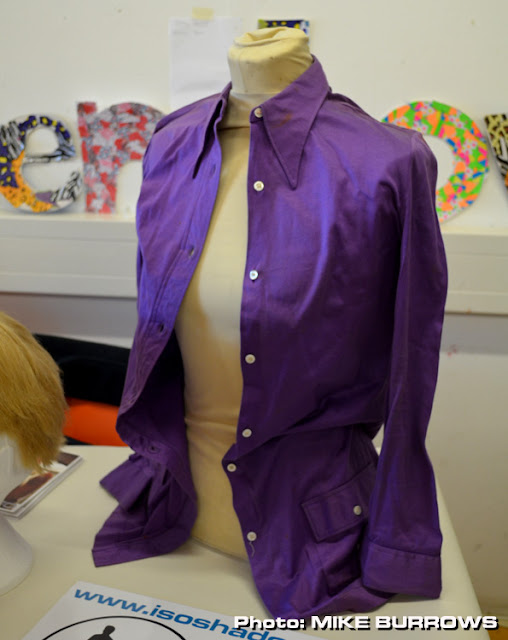 Also on display was Wanda Ventham’s purple shirt as worn in the episode, ‘Timelash’. 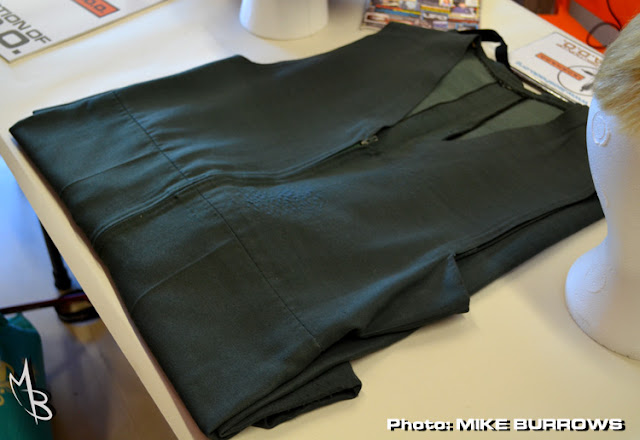 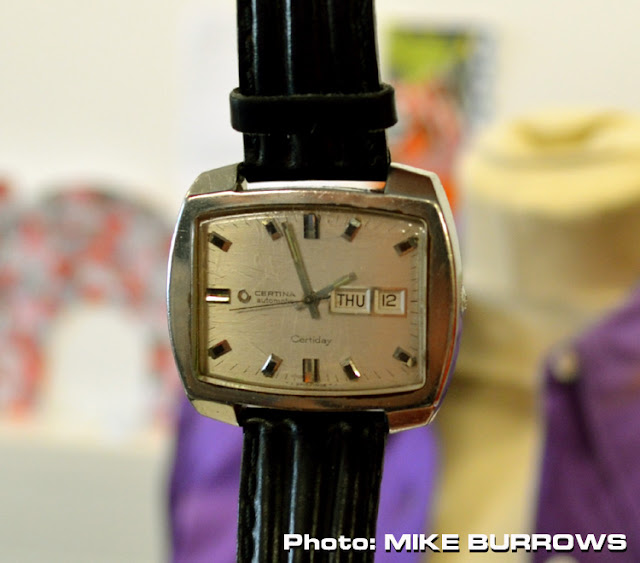 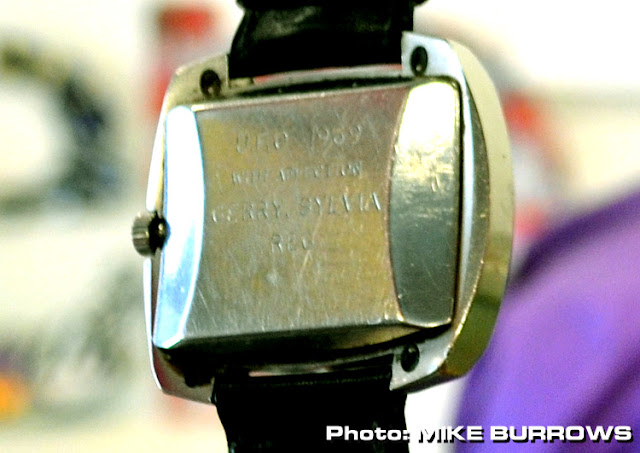 Paolo also brought this Certina wrist watch with him. This is on loan from the Bishop family and was worn by Ed Bishop during the UFO series. At the end of filming Gerry & Sylvia Anderson and Reg Hill presented the watch to Ed as a thank you. 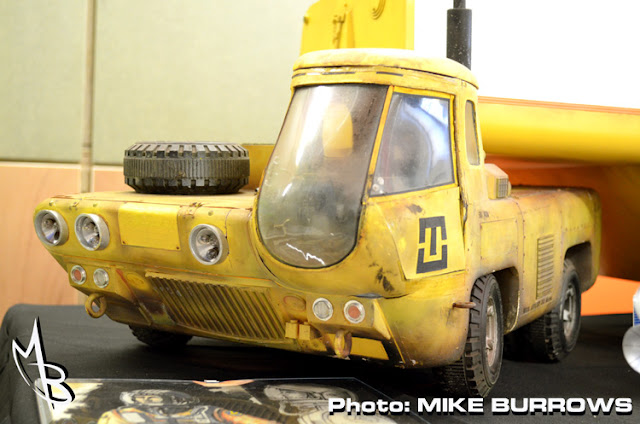 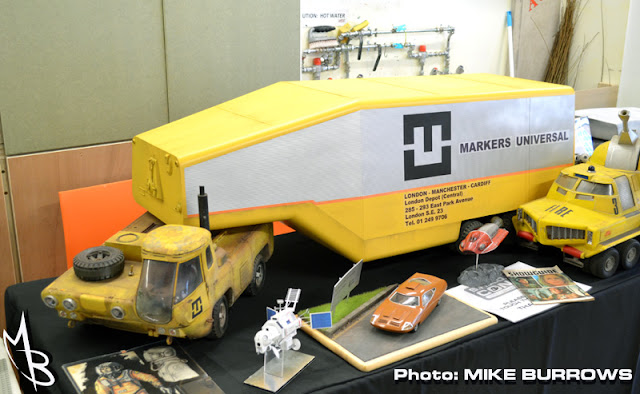 The Transporter was designed by Mike Trim, and first appeared in the episode, ‘The Square Triangle’. Another model designed by Mike Trim, the SID 2 shuttle as seen in the episode, ‘The Man Who Came Back’. 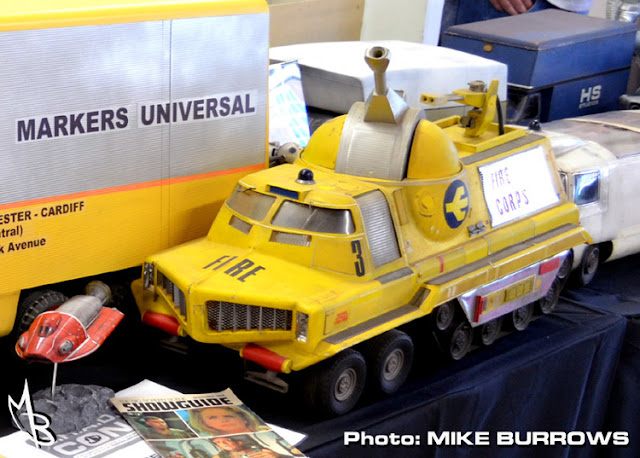 A Fire Truck built for the feature film, Doppelgänger, but ultimately not seen in the finished film. 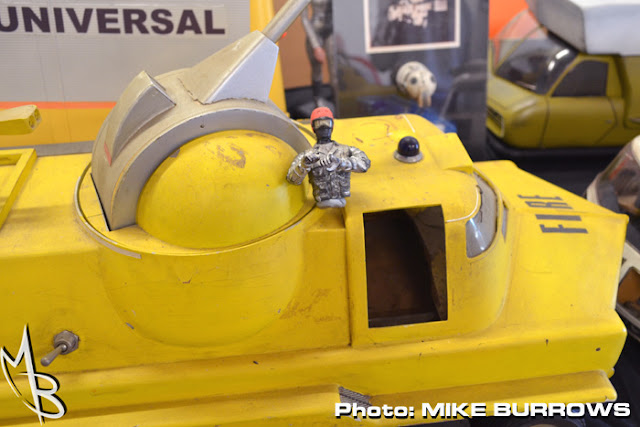 Only one side is detailed, and the driver, shown here removed, looks like  the torso of a motor cyclist action figure. 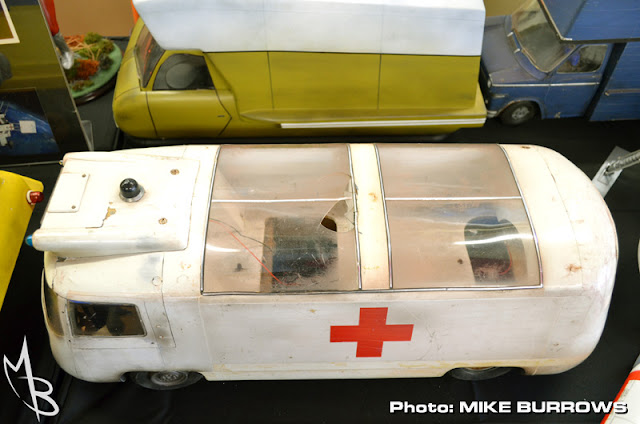 The SHADO Ambulance, first seen in the series opener, ‘Identified’, and another Mike Trim design.
Behind it can be seen a Hover Van, first used in Joe 90, and seen briefly in the UFO episode, 'Court Martial', and a van, first used in The Secret Service, and later in UFO, parked outside Harlington Straker. 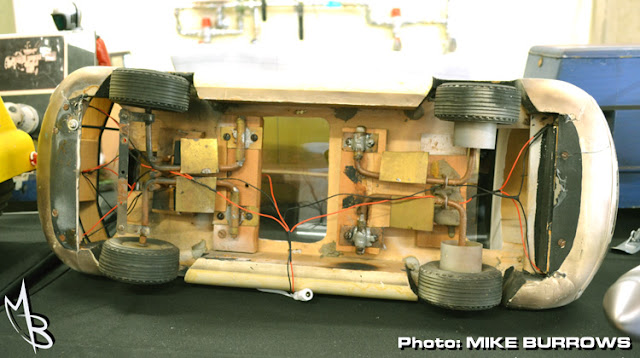 The underside showing the suspension and steering mechanisms. A lot of the inside is just timber and 1/4" plywood. 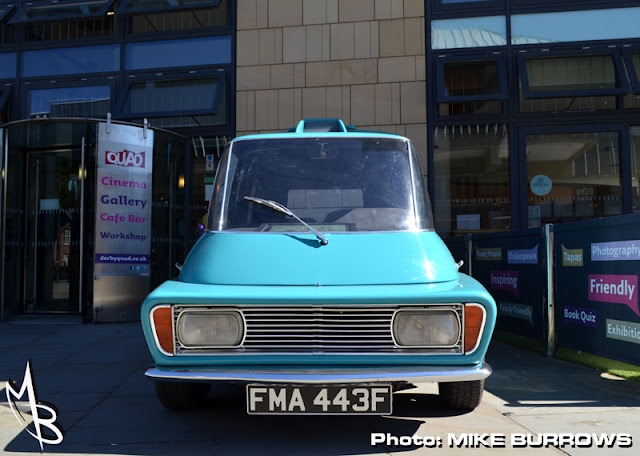 Finally, one of the star attractions, the SHADO Jeep. There was a minor crisis when James drove it off his trailer to park it outside the venue, and the gear lever snapped off. Thankfully, this has now been fixed.

MUSIC FROM MY YOUTH:SCHOOL'S OUT BY ALICE COOPER 1972