One of the undoubted highlights at the recent Smallspace event was the appearance of an original Shado Jeep, restored to pristine condition by James Winch. 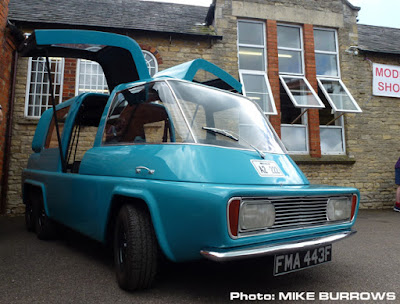 James brought a folder with him full of photos, beginning with the sad sight of the Jeep in a scrap yard in Tenerife. The Jeep had found it's way there after appearing in a low budget, and as yet unidentified Sci-fi film, presumably filmed on the island, or perhaps one of the other Canary Isles. 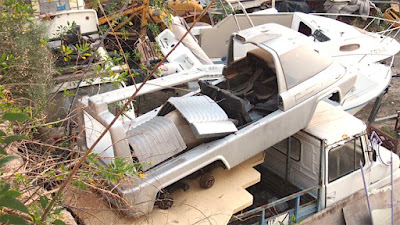 James spent a small fortune, shipping it back to England, stripping it down, finding spare parts, having new sections manufactured, and re- building it, before finally getting it legally roadworthy.
(I thought he'd actually driven down to the show, but James tells me that he actually brought  it on a trailer . I don't blame him for that, but what a sight it would've been seeing the Jeep speeding down the motorway) 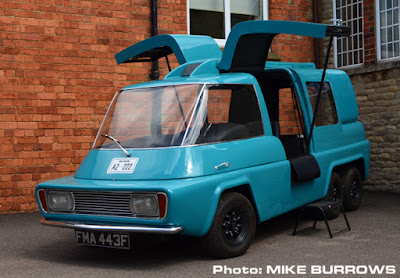 He told me the whole project took just under two years, and cost… well, let’s put it this way James’ bank manager is relieved he’s finished it. 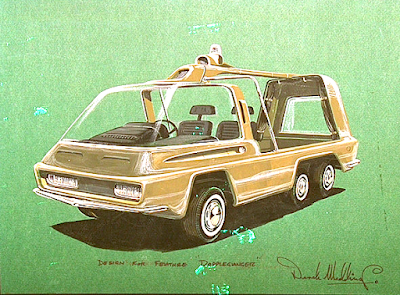 As many of you will know the jeep was designed by Derek Meddings for the film, ‘Journey to the far side of the Sun’ aka ‘Doppelgänger’.  Three were made by Space Models of Feltham, combining Mini Moke six - wheel chassis's  with fibreglass bodies. 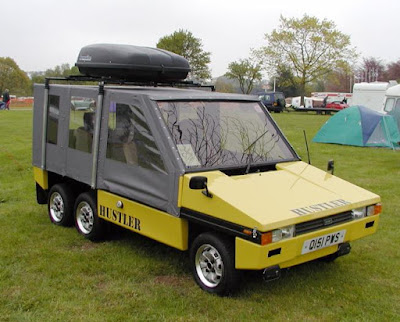 An example of the Mini Moke 'Hustler' using that same six-wheel set up. 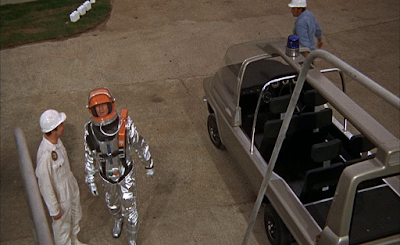 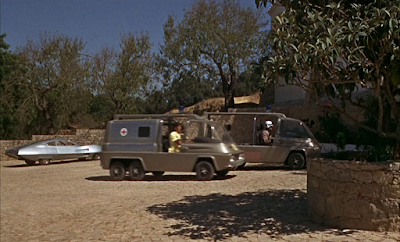 Curiously, Derek’s drawing shows it right-hand drive, in line with UK cars, which  is how it appeared in Doppelgänger, (which was filmed in Portugal where, as we know left-hand drive is the norm) however, when the Jeep re-appeared, for filming in England, it was now a left-hand drive. 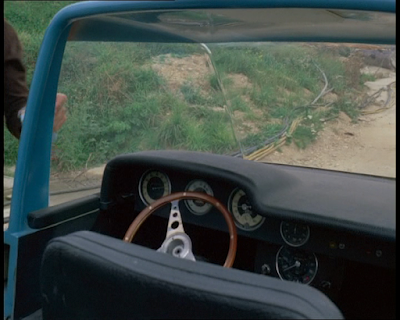 Above, the driving position in this screen grab from UFO , and below, James' up to date and street legal restored version. 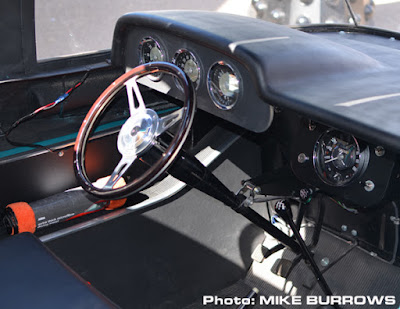 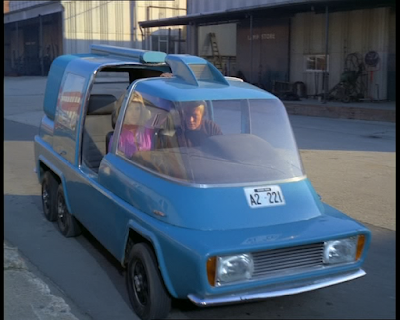 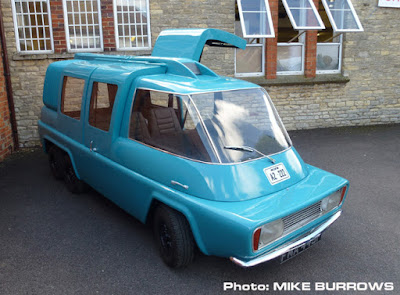 While the paint colour appears slightly different in the screen grab, paint chips found during the restoration meant that James was able to get it sprayed the precise colour of the original. The obvious difference is the addition of  that single windscreen wiper, which helps slightly when James is speeding down a rain soaked M1 at seventy miles per hour. 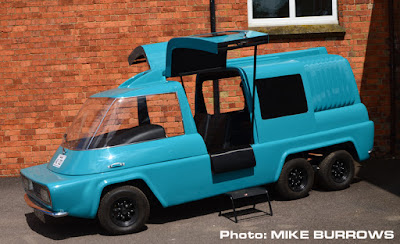 The other known surviving Jeep which is painted in Eurosec silver, belongs to  Italian UFO fan Paulo Malaguti which is also a left hand drive, perfect for driving in Italy (although, I don’t know whether that vehicle is roadworthy) 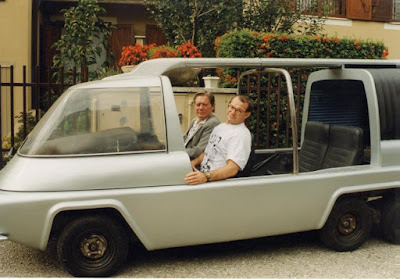 While, to my knowledge, Paulo’s version has no doors, James’ does have a pair of gull wings, kept up by a pair of custom broom handles, although he did point out that  in UFO the rear side doors also opened, as this screen grab from The Square Triangle shows.(note the left-hand drive Shado car in the screengrab below) 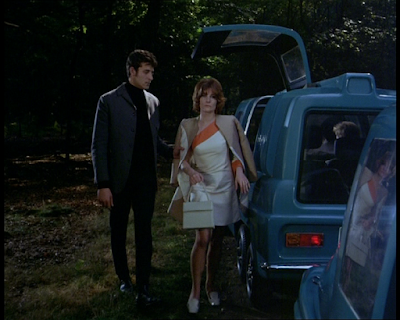 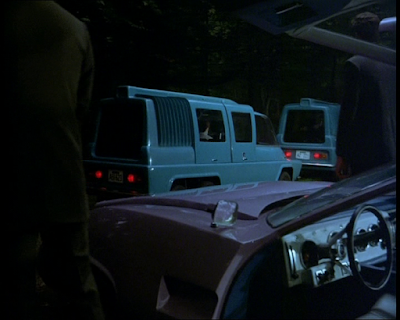 These screen grabs from Timelash shows the front doors removed, making it easier for Col. Lake to shoot at the enemy collaborator, Turner in the other Jeep. 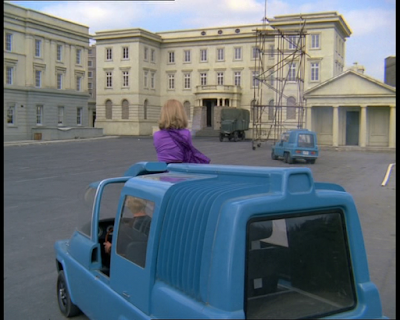 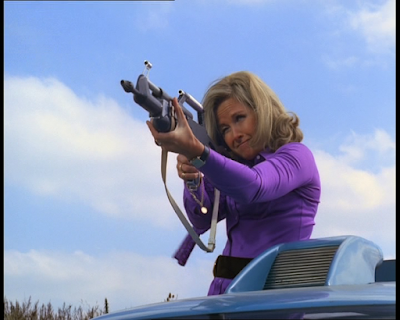 James' Shado Jeep from the rear. 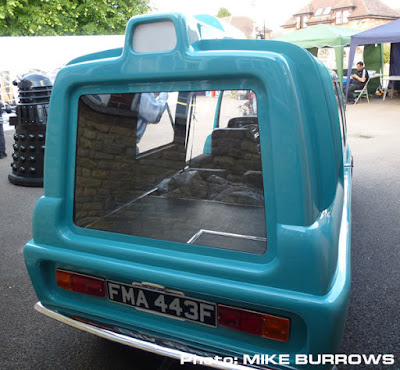 The restored Jeep from the front. 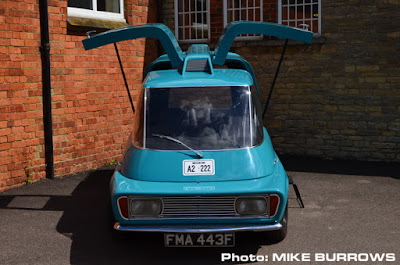 Knowing that there was three of these vehicles built, I naturally wonder if that third one still exists somewhere, languishing in some garage or maybe dumped in a field - but hopefully not a victim  of the crusher! 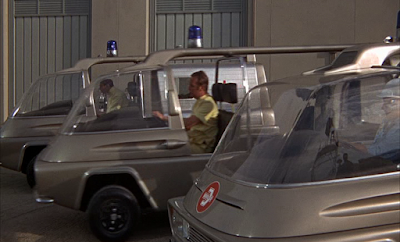 MUSIC FROM MY YOUTH: SSSINGLE BED BY FOX