As some of you may know my favourite range of the toy robots are the mighty Zeroids made by the Ideal Toy Company at the end of the sixties. But here is Ideal's Robert the Robot (Not to confused with the robot in Fireball XL5) which was released much earlier, in 1954. 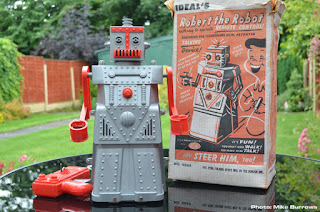 I consider this popular toy for it's time, the Grandaddy of the Zeroids, and another innovative creation from Ideal. 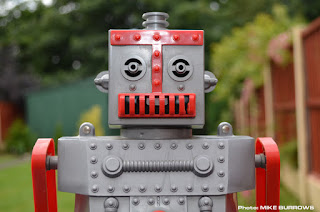 It featured forward and reverse motion using a unique corded remote control which when the lever was turned a mechanism underneath the 'skirt' would move the robot back or forth. The trigger on the control was used to turn the toy left or right. 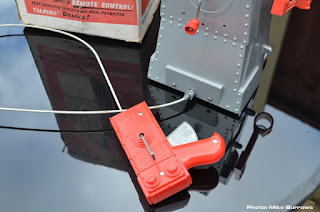 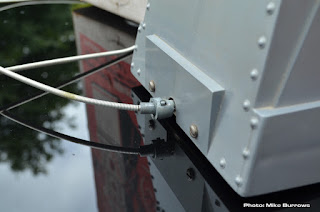 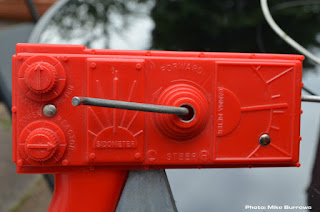 This mechanism also has rods attached to the arms which move back and forth in true robot style. The 'hands' at the end of the arms have spring clips so the robot can carry things. 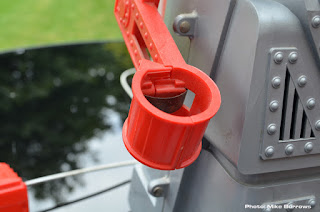 Another of the features was that Robert 'talked' by means of another handle at the back which when it's turned operated a clever talking device which was actually a small hand operated record player complete with little plastic record.

The only feature which required a battery was in Robert's head, with the on/off switch on Robert's chest. A small bulb was used to illuminate Robert's eyes and antenna. Sadly, my example has a damaged record and no metal strip or bulb, so until I repair or rplace, for now my Robert can only walk. 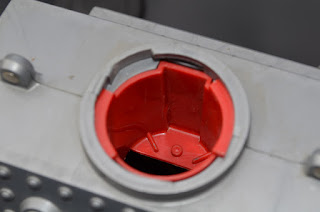 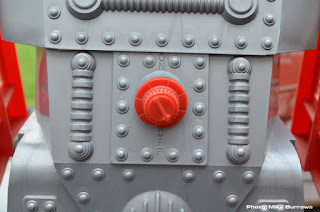 When these toys were originally released in 1954, they had clear plastic covers over the eyes and antenna, as well as a tool box in their chest, containing a hammer, screw driver and spanner. 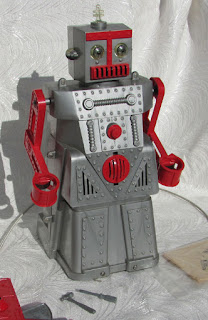 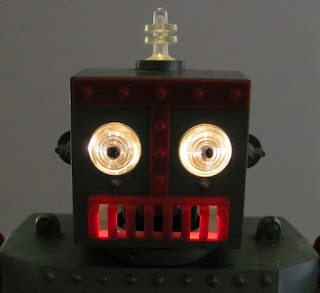 As time passed, to keep the price low to compete with other companies similar robot products, the tools and the tool box cover were dropped, as was the clear plastic covers. 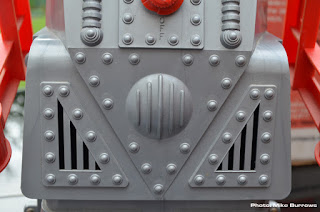 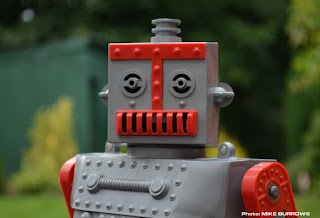 My example is a later version, with no removable toolbox cover, and plain eyes, but it's still an impressive looking toy. Here it is compared next to three of the Zeroid robots. 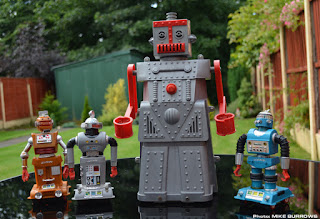 Another point of interest regarding Robert is his association with the 1954 film, 'Tobor The Great'. Although Robert never appeared in the film, there was plenty of product placement photos. 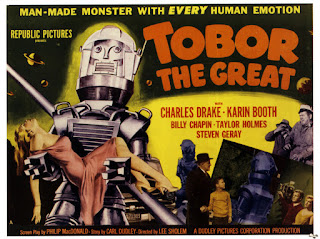 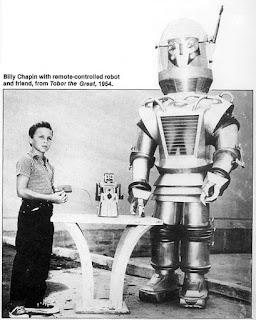 This was certainly a popular toy, with over 500,000 sold. There were even some pretty good replica toy Roberts' made not too long ago with an updated talking device. 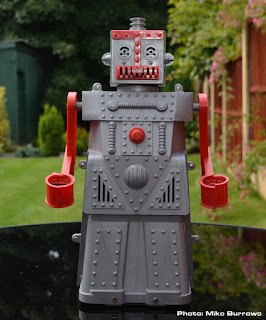