DAY -F- RAN of Hong Kong was an obscure toy manufacturer who, like 2001 and CHIBI, dabbled only once in cloning a SWORD toy. So which of the most copied star turns -PF3, Space Glider, PF1 - did they have a go at? Well it was a rather cheap-looking but strangely attractive orange Space Glider. It came in a window box with classic boxart. Perhaps the quaintest feature, certainly on mine, is a flower sticker just behind the cockpit. It lends it a psychadelic air - a hippy glider! 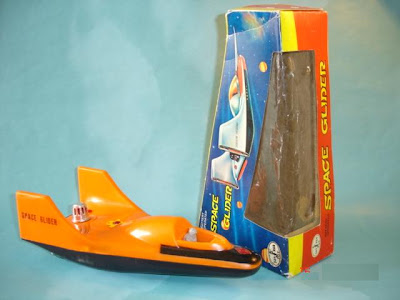 The only other Day F Ran toy that I have come across is a carded GRAND PRIX Speed Roll Racers no.7954 (Ebay US February 2010). 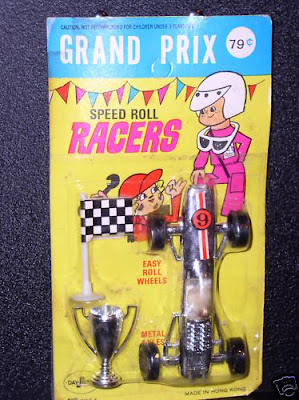 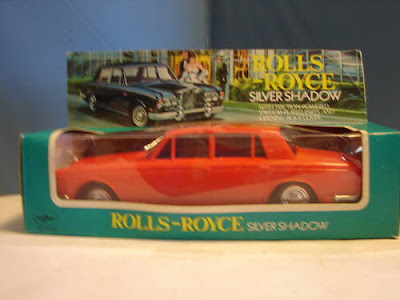 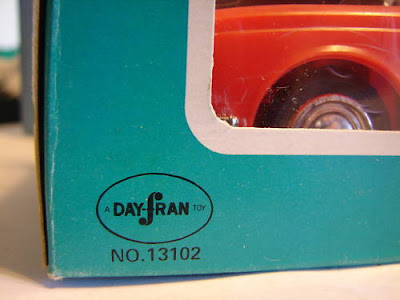 September 2010: Day F Ran [Day Fran] DIANA DOLLS found on the marvellous WHO's THAT DOLL site: Dolls and Fashions and Petite Fashions [like the one pictured from the site - Day Fran logo top right] 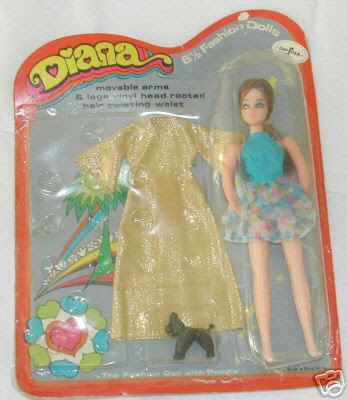 September 2010: More Day Fran outfits, this time for LISA on Kat's Overzone [can't actually see the Day Fran logo anywhere but they're refered to in this Face Book page]. The Face Book writer makes the following interesting remark about dolls, which could so easilly atranslate to SWORD toys as well: "Realistically, of course, there were probably only a handful of 6½ inch doll makers and clothing makers in Hong Kong at the time, which is why there is so much cross-over between the different lines."
September 2010 Superman Radio - Ebay [2006] - "a portable solid state transistorized Superman radio dated 1973. Distributed by Day-fran Toy Company, Cambridge, Mass and made in Hong Kong. Never used because I was an anal little boy that kept everything in the box! It does not have the earphone." The "Cambridge, Mass." reference is interesting!

September 2010: OLD DANIEL BOONE POSEABLE 8" DOLL.THE BOX HAS SOME DAMAGE BUT,THE DOLL AND HIS CLOTHS ARE IN VERY GOOD CONDITION. HE IS FROM THE HERO OF THE AMERICAN REVOLUTION COLLECTION.THE BOX SAYS;IT WAS MADE IN HONG KONG FOR THE DAY-FRAN TOY CO.CAMBRIDGE MASS.THERE IS NO DATE ON IT.THE REST OF THE SERIES NAMES ARE;BENJAMIN FRANKLIN,JOHN PAUL JONES, PAUL REVERE,THOMAS JEFFERSON,MARQUIS DE LAFAYETTE,GEORGE WASHINGTON,PATRICK HENRY AND NATHAN HALE.ITEM NUMBER 5929433975 IN MY EBAY STORE [2004]
PS. I've found pics of Heroes of the Revolution online [Ebay] but they may or may not be Day Fran. Certainly the logo on the bottom left of the last pic doesn't look like the classic curled f Day Fran logo [or could it be a DF on it's side?] 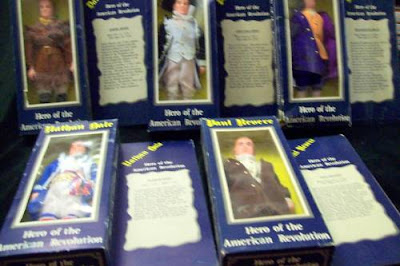 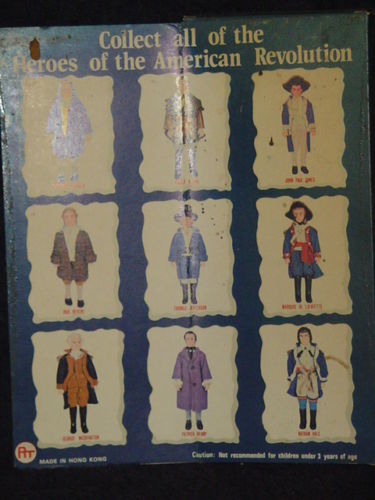 Any more Day F Ran (or Day Fran/ Day Ran) toys or information out there? I would love to hear about them and add them to this ongoing checklist.
Posted by WOODSY at 08:33