This is the STAR HAWK spaceship from Ideal’s 1977 Star Team line. 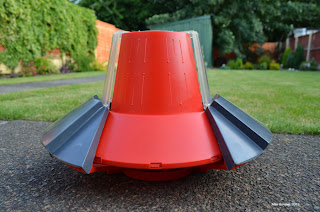 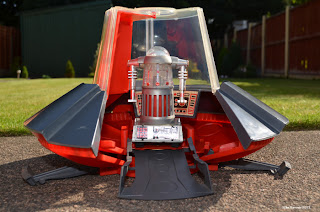 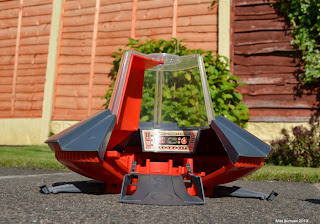 The toy first appeared in 1970 as an original Zeroid  accessory called the ZEM XXI  Explorer Module, cast in yellow and purple, or yellow and green plastic. 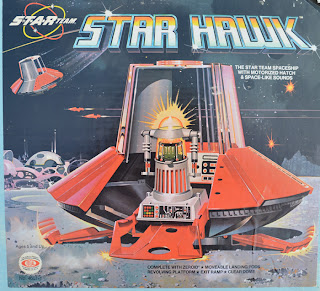 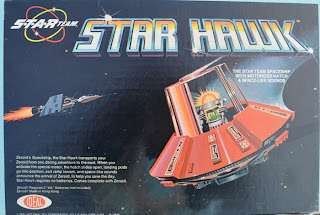 The reworked STAR HAWK came in either a grey upper fuselage with red lower section or visa versa. 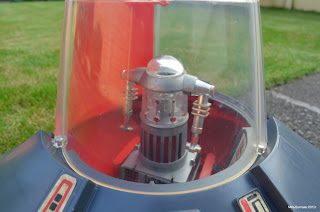 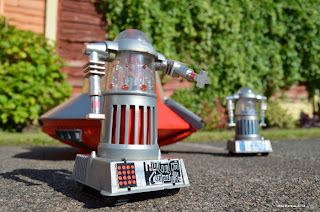 The red Zeroid pilot that came with it was an altered version of Zogg, the Zeroid commander who, rather than have throwing arms had a ‘plus’ or a ‘minus’ as ’hands’ which when slotted into his gadgets made up a circuit turning radar dishes or lighting up his laser gun. The reworked pilot’s arms were just for show and had only a battery powered signal light in it’s clear body. An identical blue version of the Zeroid was available separately, although I’m not sure whether this came with rubber tracks which are present on the red version. 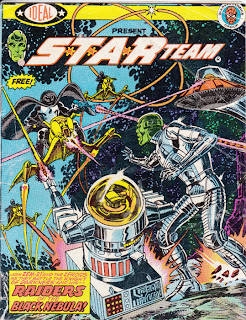 A free comic  produced by Ideal and Marvel was given away featuring an adventure with the Star Team Scouts. 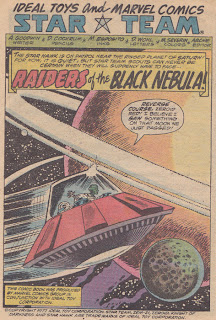 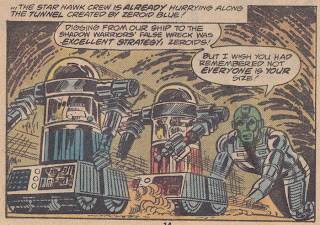 ‘Raiders of the Black Nebula’ had the Star Team characters, android ZEM-21(that name sounds familiar) and the two Zeroids, Blue and Red  battle the Knight of Darkness. Any similarity to Star Wars is totally coincidental as George Lucas found out when he sued Ideal for ripping off his film. The court decided that Ideal had just repackaged their existing toys and poor old George lost the case.


They really are The Mighty Zeroids! 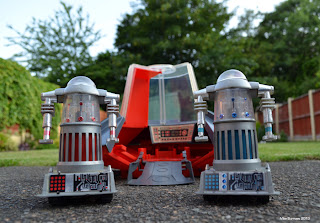 
The toy has a spring loaded ratchet mechanism with opens the hatch, releases the landing legs and lowers the exit ramp. I imagine the original ZEM XXI would have had a trigger switch to activate the Zeroid motor and have it trundle down the exit ramp. As the reissued Zeriod pilot has no motor this gadget is missing.