King Crater - In the Court of the Cratered King 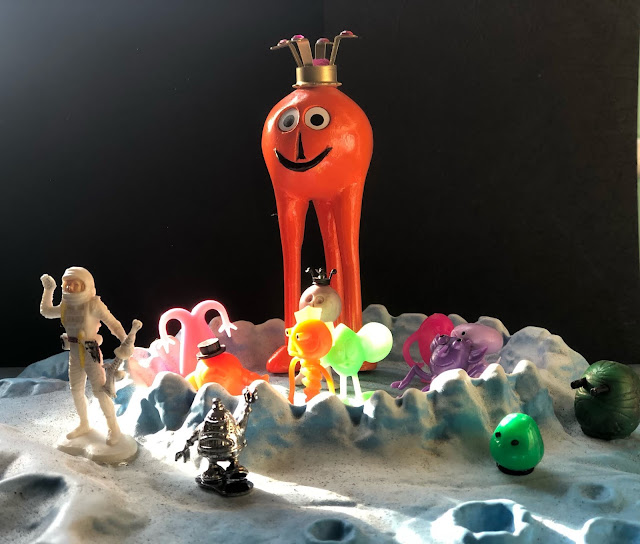 After Kevin posted his wonderful custom Crater Critter 'Glubber', I contacted him immediately to request a version for myself. As ever, Kevin kindly came up with the goods and this week, King Crater arrived in all his royal splendour! 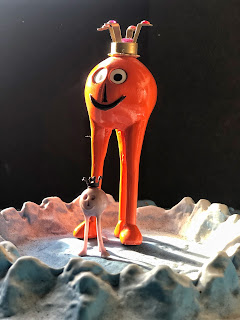 I struggled to collect all the figures back in the day, but the very first box I opened held an orange Glubber and a purple Gloob. 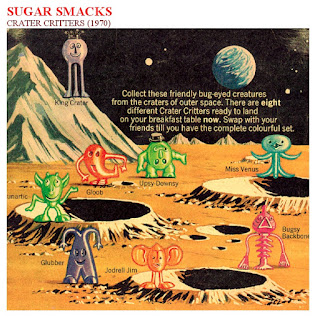 After that however, and my response to the sickly sweet cereal, I wasn't allowed to buy any more so had to resort to playground dealings with my schoolmates, which managed to procure me a Miss Venus, who tragically was lost in the open hearth at home and a purple King Crater (sans crown) who has been cosseted over the last few decades, lest he befall a similar fate. Then, in the mid 2000's, I found some repro figures and completed my set and got the King a new crown.

So KC has been very close to my heart ever since, as one of a favoured line of aliens. I wonder if he is so special as he reminded me of the Terrence Cuneo paintings of the Tripods in the serialised edition in 'Tell Me Why' around the same time. 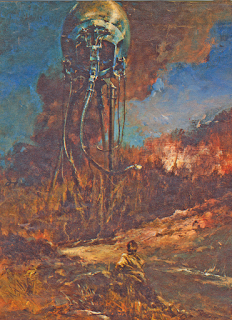 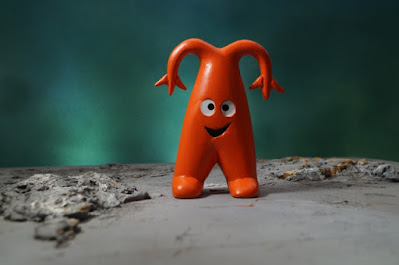