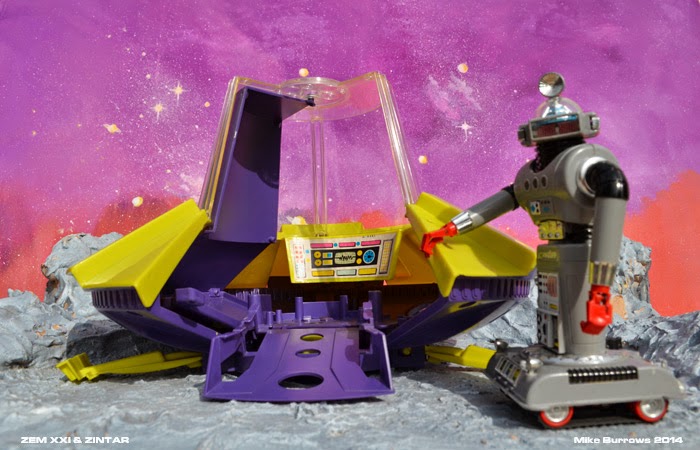 This is the Zeroid Exploration Module  21, better known as the Z.E.M. XXI. 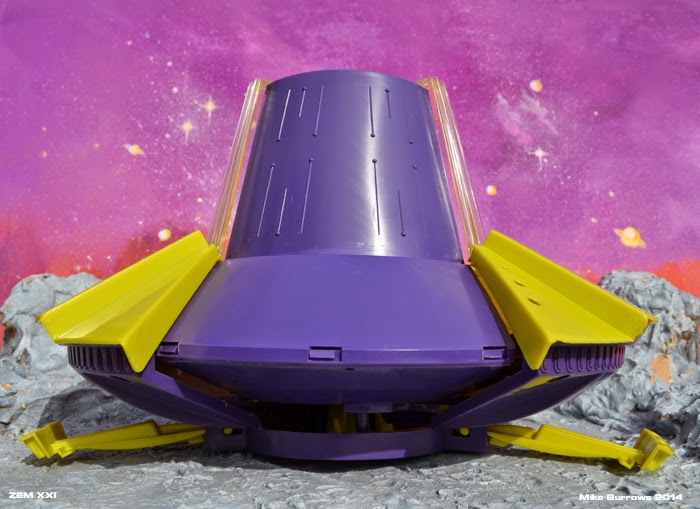 Released in 1970, this is one of several large accessories made for Ideal’s range of Zeroid robots. 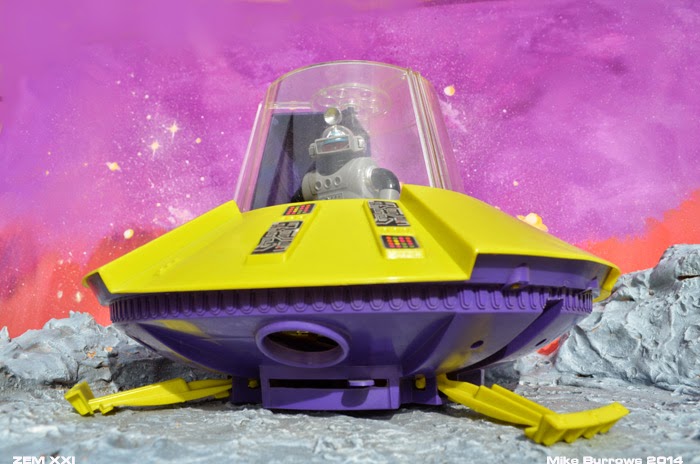 A spring – loaded ratchet system opens the hatch and operates a lever in the cockpit on which the Zeroid is placed. 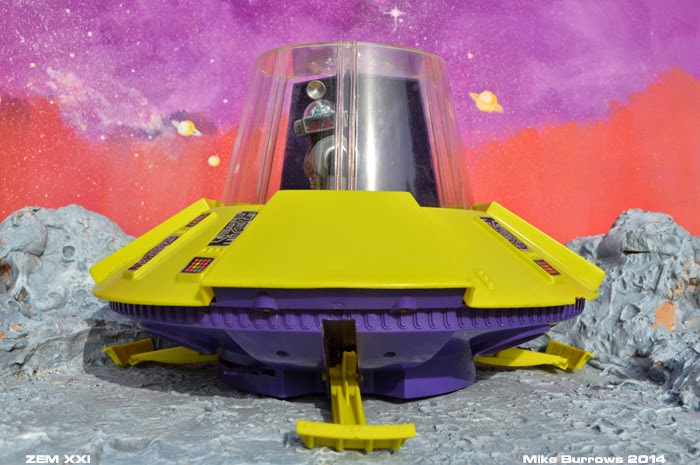 As the hatch opens, the landing legs flip down and the Zeroid robot trundles out. 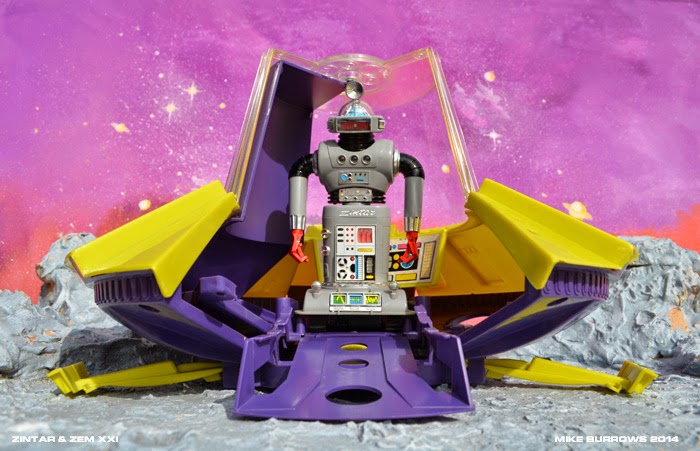 It's a big toy, and with that unique ratchet system, requires no batteries. 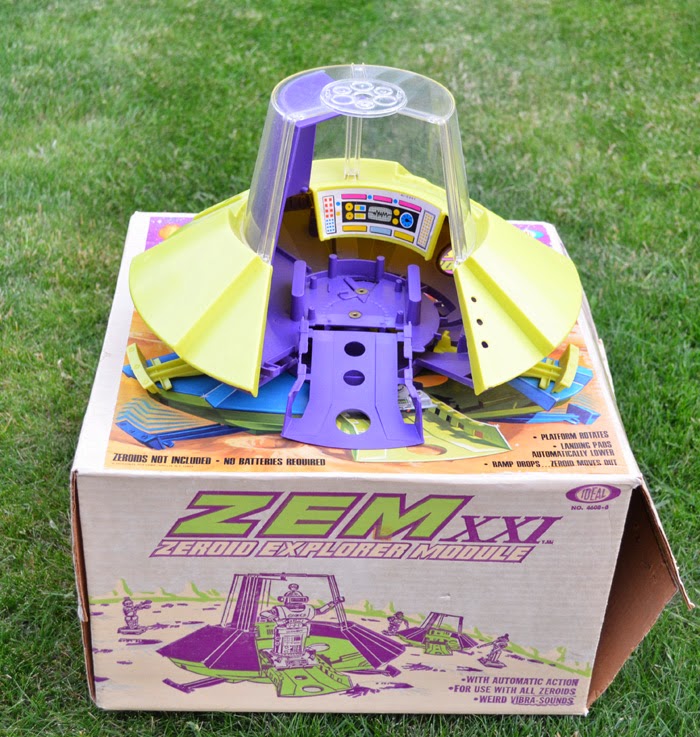 I love the box artwork showing Zintar emerging from the ZEM which is set against a panoramic view of the Planet Zero. 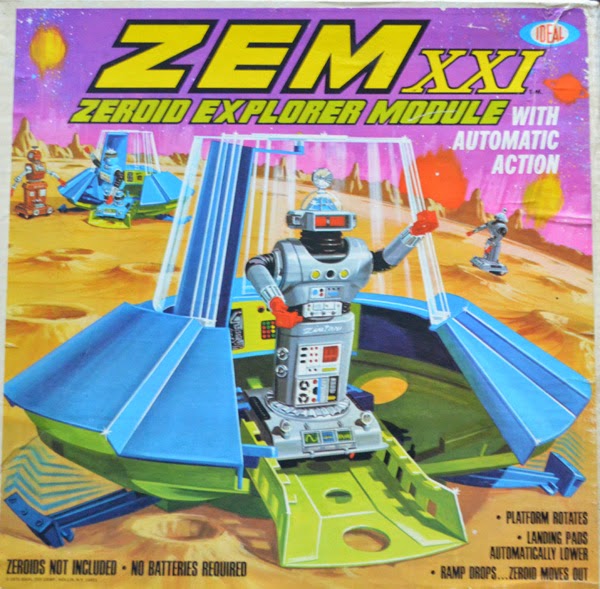 Here's part of the instruction sheet. 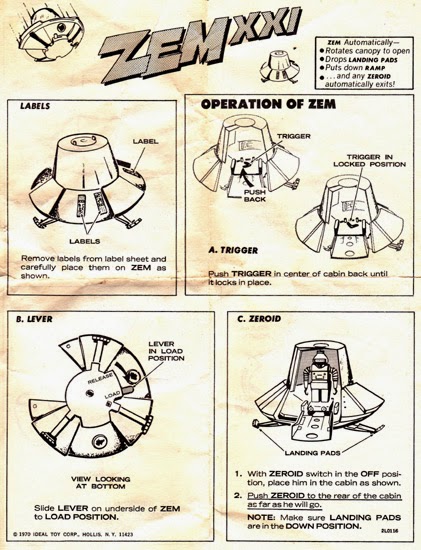 In  1977 the ZEM was repackaged as the Star Hawk with a different colour scheme, as part the Star Team range to cash in on the Star Wars craze. This version only retained the ratchet feature. 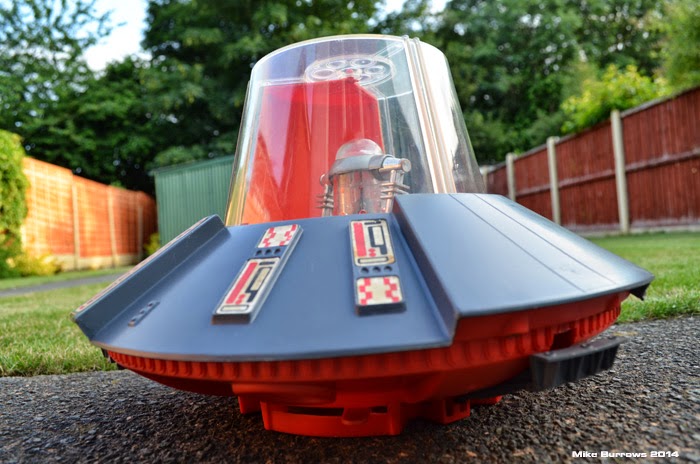 Here's a short film showing the ZEM XXI in action.

The Zeroids will return. 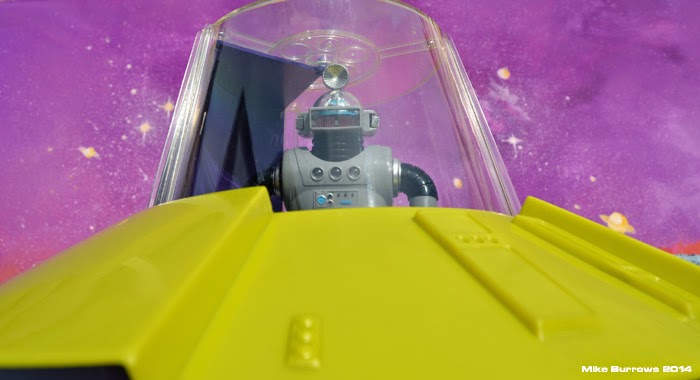