Sometimes you just know instinctively that a space toy is ugly.

We've seen some real dirt bags over the years on Moonbase.

But this toy is in that grey area between worlds, between not bad at all and a downright mess, in my opinion of course! 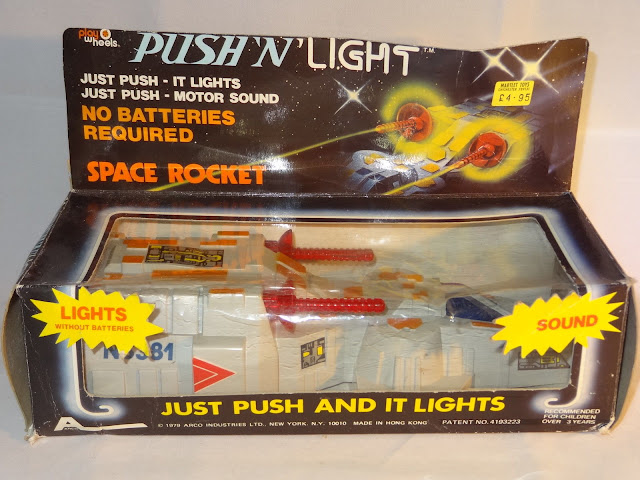 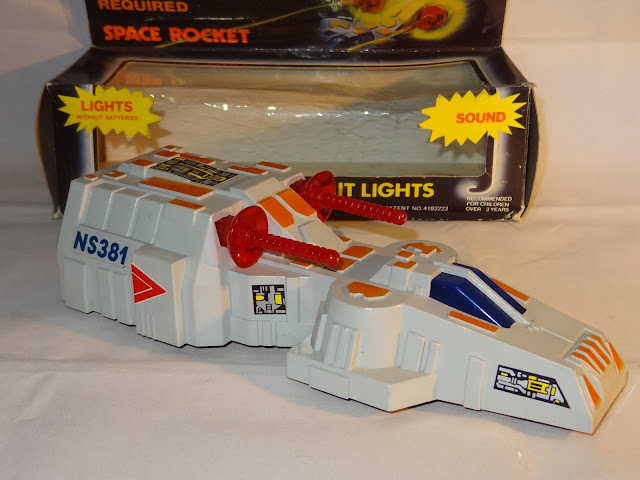 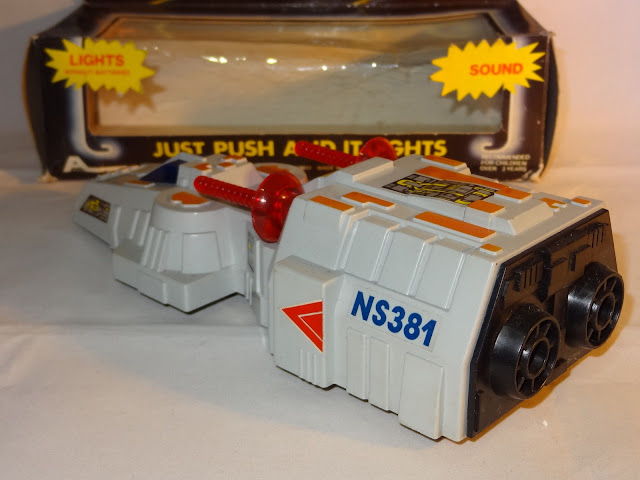 I quite like the look of it for some reason but then again think its not something I would want.

One intriguing element is the non-battery light and sound. How does that work? A dynamo of some sort?

With it coming out in the early years of Star Wars fever there must be something of Lucas's universe in here. I'm just not sure what. Is it a knockoff?

Its ground-hugging design is quite novel though.

What do you think readers?
Posted by WOODSY at 18:00