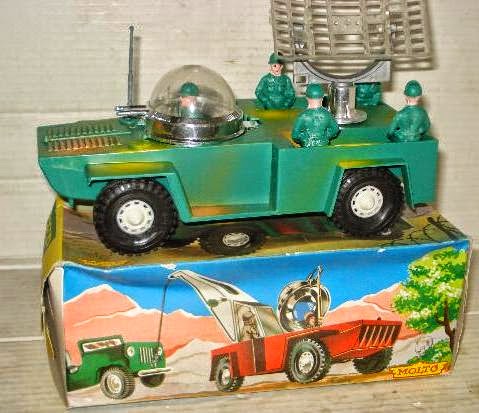 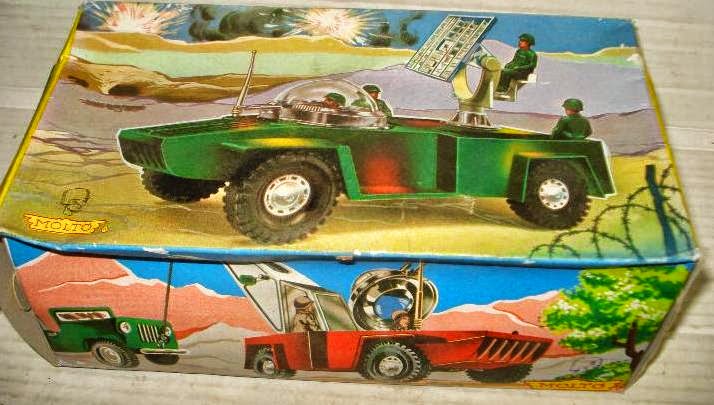 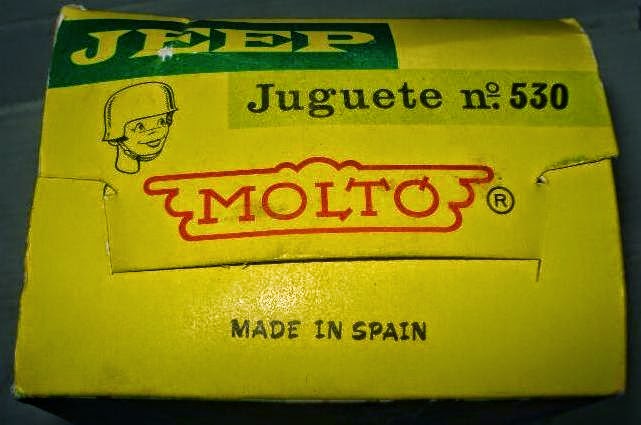 Most SWORD and Anderson collectors will know MOLTO of Spain from their fabulous Three in One boxed set of Thunderbirds vehicles similar to JR21 toys.

Less well known is their JEEP MILITAR pictured here. A lovely looking thing, it is clearly from the same design as the SpaceX Cricket. Its most likely based on one of the earlier British versions such as the Codeg one beautifully photographed by Scoop in 2011 . What do you think readers? Anyone know the timeline of these cricket-style toys? 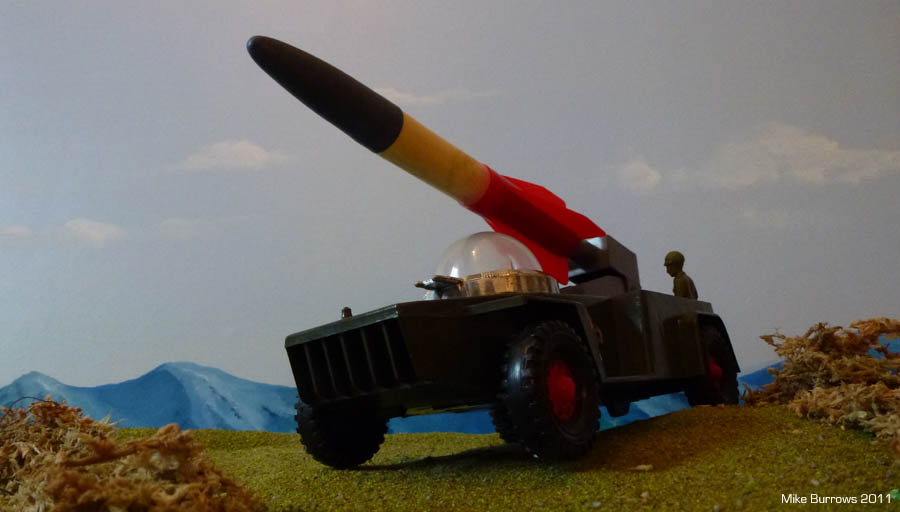 Email ThisBlogThis!Share to TwitterShare to FacebookShare to Pinterest
Labels: molto