Count Dante was the bearded guy in the small ads at the back of comics who promised the Dim Mak during the Kung Fu craze.

Appearing next to ads for X-Ray specs and real soil from Dracula's castle, the Count nearly jumped out of the page dim makking the lot of us.

The Dim Mak was the Death Touch, a secret technique infamous in the murky worlds of Kung Fu fighting. The Count, who appeared in the ads with clawed hands and beard, also offered an ominous booklet called Worlds Deadliest Fighting Secrets.

I loved staring at these adverts and pondering the true deadliness of the so-called Dim Mak. Being consumed by all things Kung Fu I'm surprised I never sent off for his booklet seen in the comics. Did you?

Alas, Dante's fighting life was really not the stuff of comics at all. One of his friends died in a battle with a rival karate dojo in 1965.

The fascination with his life and the Dim Mak continues though and you just need to google his name. One of the more interesting online things is this 10 minute documentary about his life on You Tube.

Do you remember the Dim Mak? If you do your'e still alive.
Posted by WOODSY at 00:00 1 comment:

what do you think of this? A tank in snow!

Its as if Topper Toys had made tanks for kids to ride in! Accessories would have included he Johnny Seven one man army machine gun... if only!!

THE PROJECT SWORD ANNUAL ON THE WAYBACK MACHINE

In case you missed it when it was live, here's the fabulous page on the Project SWORD Annual from the now sadly defunct Gerry Anderson Complete Comics History site. The research the authors did is just brilliant.

It can now be found on the Wayback Machine.

Have you got the SWORD Annual? What do you think?
Posted by WOODSY at 00:00 2 comments: 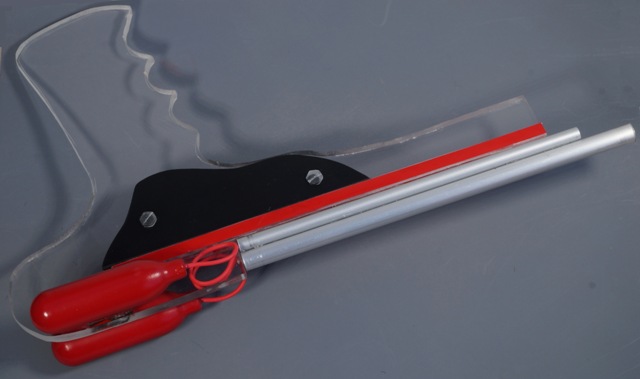 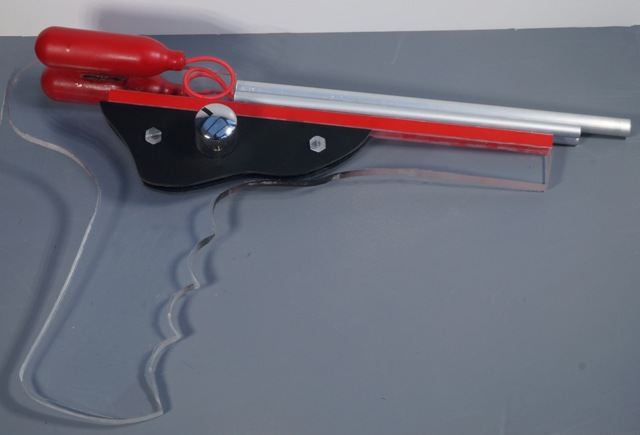 Since Doctor Who has had a mention on the blog recently, here is a replica Gallifreyan Staser, the sidearm of the Time Lords' Chancellery Guard.

A STIR OF COCOA

I haven't seen my old Mum for 45 years. I've spent the vast majority of my life without her being around and now I'm approaching 60.

Its a weird feeling trying to remember her from so far back. My ability to recall my childhood and my youth is fading, certainly in any detail. There are just foggy snatches of recollections peppered with the inanimate objects that made up our lives back then.

I've survived the loss but I wouldn't want it to happen to anyone else, which alas, it does all too often.

For instance this afternoon I made an instant hot chocolate drink.

I had a feeling that I drank them as a kid too.

More than that I saw the flicker of a brown box packet - maybe Rowntrees - and a white china cup and saucer. I think my Mum made me hot chocolate in a proper cup with a saucer.

But it wasn't like the Nesquik I've just quickly made.

I sense that she warmed milk slowly in a saucepan on the stove and spooned in deep dark scoops of powder, stirring all the time with perhaps a wooden spoon.

It was cocoa I think. I think she called it cocoa too and not hot chocolate.

The drink itself, swirling in the cup, was a rich gloss brown with a ring of froth on the top like a curl. She must have added sugar because I'm getting sweetness too.

I can almost hear the chink of the cup on the saucer as I sense drinking that delicious hot cocoa. It was quite scrumptious I think.

I may have to try to get a box packet of Rowntrees cocoa.

I have to try to re-create that drink I had 50 years ago!

Do you remember cocoa readers?
Posted by WOODSY at 16:43 1 comment:

Check out the Space Museum's fab gallery of Dr.Who toys and memorabilia. Its divided into separate decades to have a gander. I love the 1960's section!

Email ThisBlogThis!Share to TwitterShare to FacebookShare to Pinterest
Labels: dr.who 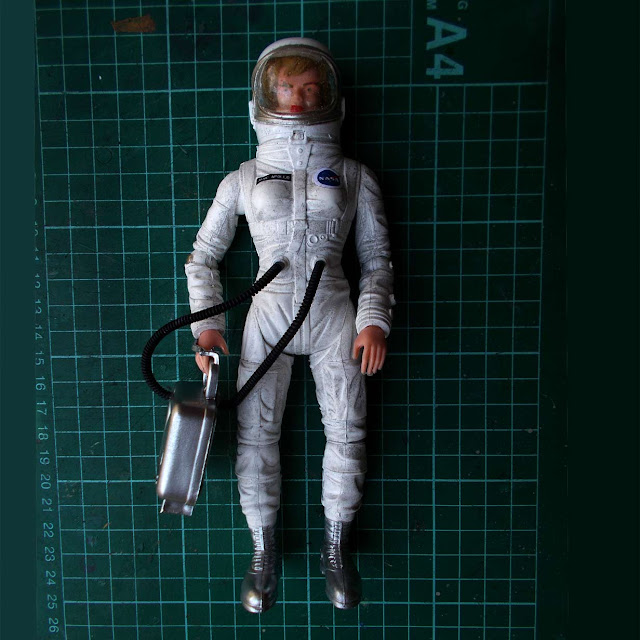 While we're on the subject of customized toys...

My toy astronaut of choice as a kid was Major Matt Mason's friend Sgt. Storm.

At the time, I didn't really see the absence of female astronauts as a huge problem. More recently I thought about making a female Matt Mason style astronaut, maybe with different nationality patches (a buxom Russian Scientist would be a nice choice!)

As I did a bit of Google research, I discovered something I never knew...

I had the space crawler with the Johnny Apollo figure by Marx, but I never realised that like Jane West Cowgirl, Marx made a Jane Apollo Female Astronaut!

More remarkable still (to quote Colonel White) a Mexican company now has the Marx moulds and is reissuing some of their old toys.

Long story short, I now have a Jane Apollo in a white spacesuit - although her helmet and accessories are moulded in purple polythene!

After a bit of fiddling, I produced a passable clear plastic helmet, moulded from the purple original and yesterday I painted up her purple accessories (I could make a whole blog about how to paint polythene!) and made some sticker type labels for her.

Now it's time to leave the capsule if she dares - but I do hope she remembers to put her gloves on first!

I bought my figure direct from the Mexican manufacturer although I can't find the details offhand. Here is a more expensive eBay listing...

Anyway, time to clean up my studio,
Lewis
Oz
Posted by WOODSY at 15:54 No comments:

NEED A NEW RUNABOUT FOR THOSE LONG GOTHAM DRIVES?

Paul V kindly alerted me and a few others to this amazing car maker's crusading efforts! Prepare to drool and grab the bat-phone!

https://youtu.be/gsMvgDvGdqg
Posted by WOODSY at 15:23 No comments: