This is Zemo, considered to be the rarest of all the Zeroids . 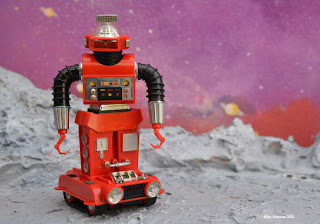 It was originally produced in three colours, yellow, aqua and red.

At first glance it would appear that the Ideal Toy Company just reused the parts from the original three Zeroids - Zintar’s head, Zerak’s torso and Zobor’s lower section.

However, there are subtle changes which make Zemo an original Zeroid in its own right. 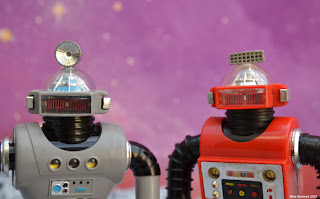 As can be seen in this photo showing Zintar and Zemo, although it’s Zintar’s head alright, the radar on top is from Zobor, and the plastic detail under the clear dome on Zemo is all silver, rather than silver and blue. 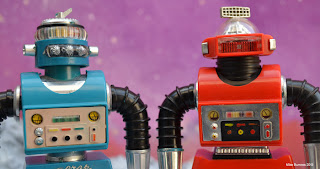 Zemo’s torso detail, although the same layout as Zerak uses a different colour scheme, with red, yellow and black behind the clear plastic strip on Zemo, while Zerak has just a light green. 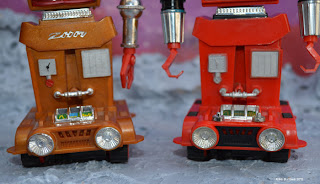 However, it’s the lower section that carries the most subtle differences. On Zobor the grills on each side of the track covers and the front valance are moulded into the plastic, while on Zemo these are separate casts. But to my mind the most intriguing difference is the clock face . On Zobor it’s five past six, and on Zemo it’s five to six! 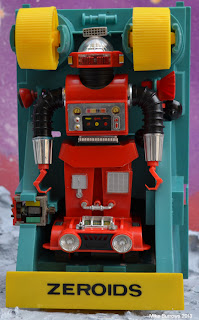 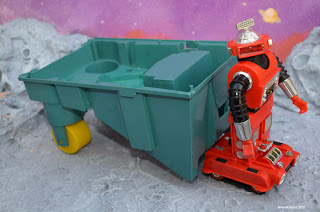 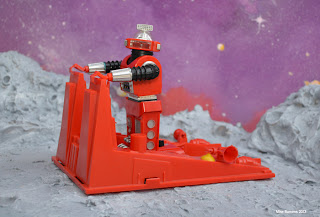 When it first appeared around 1970 it appears it was originally packaged here in Britain with either a Zobor Cosmobile, as seen in my example, or a Zintar Lunar Sled as is indicated by this header card. 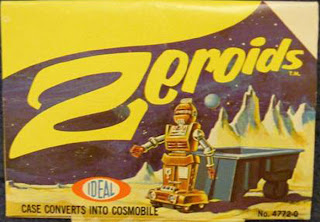 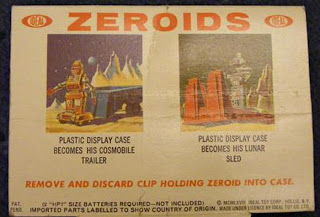 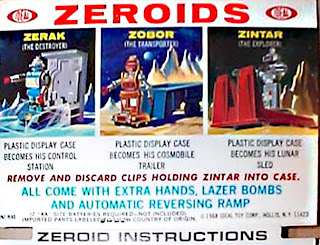 These are the headers from Zobor's packaging for comparison.. Note Ideal simply removed Zobor's name. 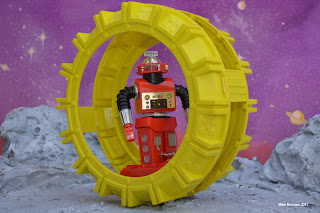 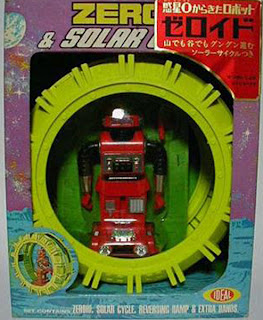 I’ve also seen examples of Zemo packaged with a Solar Cycle.  This one seen on eBay was originally bound for the Japanese market. 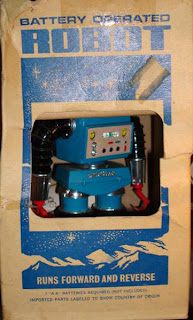 As costs became an issue, like the rest of the Zeroids the packaging was eventually reduced to generic  blue and white boxes simply describing the contents as ‘Battery Operated Robot’ with no mention of the name, Zeroid. Although I’ve yet to see an example of these boxes containing a Zemo .

I find Zemo and its history quite fascinating, raising one or two questions. I’ve read that Zemo was only produced by Ideal for its overseas market and wasn’t intended for sales in America.  If that was the case it might help answer another question about a total lack of advertising for the robot in the States or anywhere else come to that.  There’s another question about why only some of the toys carry the name ‘Zemo’ on its waist while others don’t, and apart from the word Zeroid no other name appears on the header card. 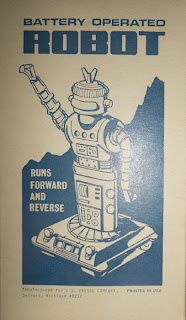 And was Ideal planning on creating other Zeroid variations? 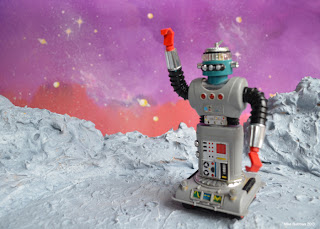 Email ThisBlogThis!Share to TwitterShare to FacebookShare to Pinterest
Labels: ZEMO THE ZEROID COMBO